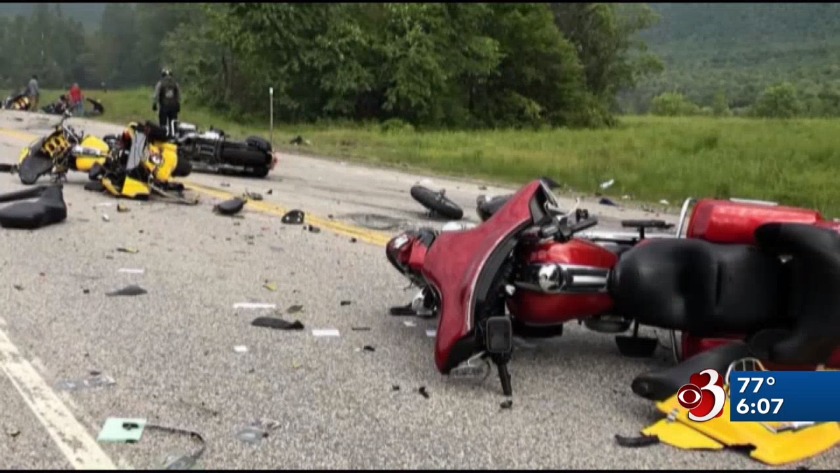 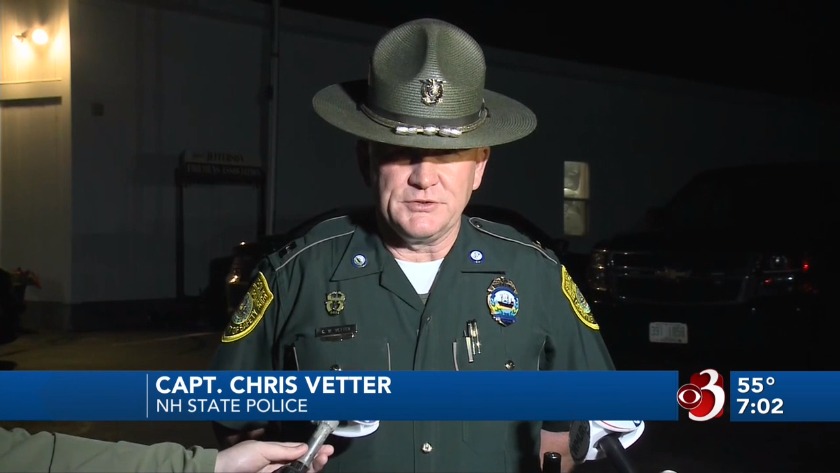 Investigators are still trying to piece together what caused a truck to collide with a group of motorcycle riders in New Hampshire. It happened around 6:30 Friday evening on Route 2 in Randolph. Seven people were killed, and three others were injured. The condition of the driver is unknown.

WCAX News spoke with a man who was one of the first witnesses on the scene.

Hamanne is a co-owner of a bed and breakfast near the scene of the crash on Route 2. He says when he heard about the crash Friday night, he found a doctor staying at the Inn, and they both rushed to the scene.

"She started administering compression's, people were bleeding, bodies were scattered all over the highway," he said. "Passersbys were stopping and just giving us blankets from their cars to help out, Everyone was running muck to try to help, people were screaming, hollering, yelling for help we were all trying to pitch in until the EMT's and ambulances arrived."

"This is really described by our investigators as one of the worst investigations they have ever completed," said Col. Wagner.

"I think it's clear to say words cannot express the grief that we all share in the loss of these seven individuals," said Gov. Sununu.

Officials say the bikers were part of the New England Jarheads Motorcycle Club, made up of current and former Marines.
Those at the scene Saturday said the group was in the area for their annual meeting and just stepped away from where they were staying when the crash happened.

The driver of the truck has been identified as Volodoymyr Zhukovskyy, 23, of West Springfield, Massachusetts. Coos County Attorney John McCormick says no arrests have been made but says it's still early in the investigation.

"I will pursue every lead and investigative avenue available," McCormick said.

Hammne says the chaos from that scene is something he will never forget.

"They were just coming up for a good time and such a tragedy occurred," he said.

Police are asking for your help in the investigation. They are looking for any pictures or video of the driver's vehicle from Friday.

New information on the deadly crash in Randolph, New Hampshire. New Hampshire State Police say seven people were killed and three others injured in a crash involving a pick-up truck and several motorcycles.

Two of those three injured have been released from the hospital.

It happened on Route 2 on Friday evening. At the press briefing, police explained there are still many questions about the crash.

NHSP identified the driver as 23-year-old Volodoymyr Zhukovskyy of West Springfield, Massachusetts. Police say he was driving a pick-up truck with a trailer attached when he collided with the motorcycles.

The condition of the driver is currently still unknown. Crews were on the closed road for 12 hours, and police say they've never seen a crash like this.

"This is really described by our investigators as one of the worst investigations they have ever completed," Col. Christopher Wagner said. "I had my senior investigators out last night and they had never seen the tragedy like the one last night."

Friends and family gathered at the scene today to collect what was left in the crash. WCAX learned that the group was part of the New England Jarhead Motorcycle Club for a reunion, a group made up of Marine Veterans.

Witnesses say the group was standing just 500 feet from where they were staying.

As of now, there are no charges against the driver, but State's Attorney John McCormick says they are still early in the investigation.

"This is a very complex accident scene Involving numerous motorcycles, victims and an operator of a pickup truck with an attached trailer," McCormick said. "At this stage, there has been no arrest but I will pursue every lead, and investigative avenue available."

A truck and a group of motorcycles collided on a rural, two-lane highway Friday, killing at least seven people, injuring others, and sending bystanders scrambling for first aid kits and blankets to treat injured bikers scattered along the road.

Along with the seven dead, state police said two additional people were transported to the Androscoggin Valley Hospital and one was airlifted to Maine Medical. Police said they could not provide the identities of the dead until next of kin have been notified.

Parts of the rural two-lane highway was closed Friday evening, state police said, and would be closed for several more hours as investigators comb the scene for clues about what caused the crash.

Randolph is about a two-hour drive north of Concord, the capital, and a three-hour drive from Burlington.

"There was debris everywhere," said Miranda Thompson, 21, of Manchester, who was several cars back and recalled seeing a truck in flames on the side of the highway and six motorcycles.

"People were in the grass. There were people putting tourniquets on people, trying to make sure they didn't move," she said. "You could tell people were lost who it happened too ... It was a sad day for all of them."

Jerry Hamanne, co-owner of a nearby bed-and-breakfast that was hosting one of the bikers in the group, said he and a doctor also staying at his inn went to the scene to help. Others tried to assist as best they could but some people were already dead.

"It was so devastating to see the bodies on the road," Hamanne said. "My God, I don't want to see something like this again."

The crash happened about 500 feet from lodging where most of the motorcyclists were staying, Hamanne said.

Charlie St. Clair, executive director of Laconia Motorcycle Week Association, which host one of the state's biggest rallies in June, said he couldn't recall an accident of this magnitude involving bikers in the state. He wasn't on the scene but said had been fielding calls about the accident much of the night. St. Clair said he heard the riders were mostly Marine veterans who belonged to the same motorcycle club.

"This is staggering and it's tragic beyond description," St. Clair said. "You have a bunch of people out for a ride enjoying one of the first nice days we had. To have this happen, it defies logic quite frankly."