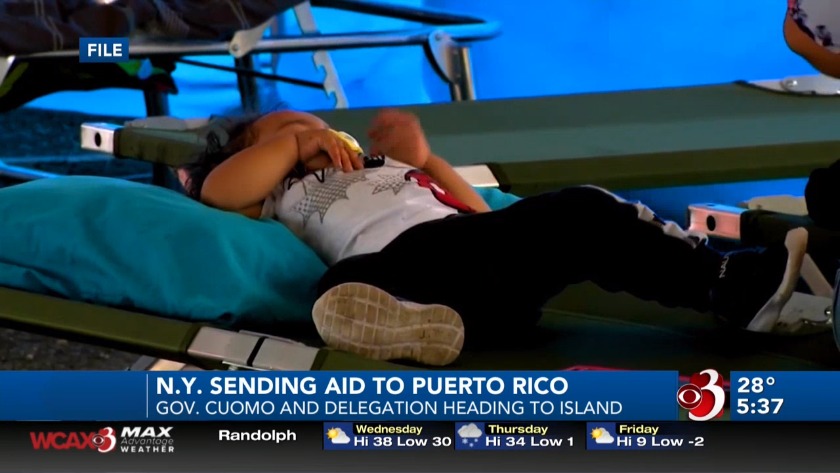 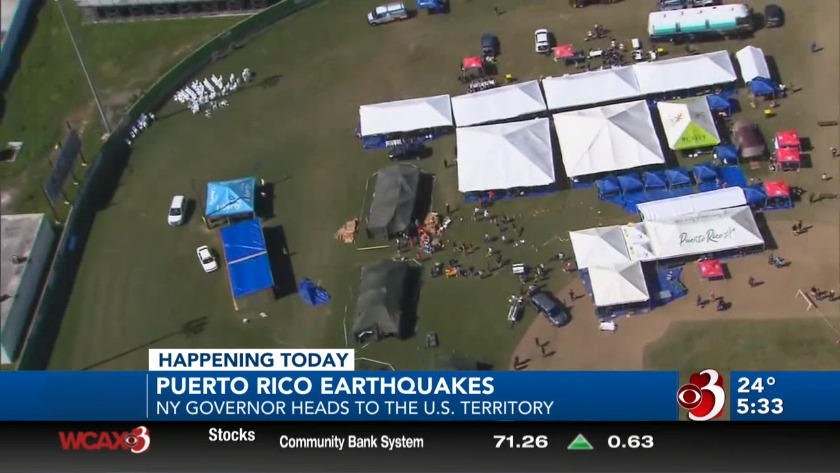 The ground in southwest Puerto Rico has been shaking since Dec. 28 with hundreds of small earthquakes. Recent quakes have toppled homes and schools.

The director of Puerto Rico's Electric Power Authority has ordered the temporary closure of the company's largest plant, which crews had been inspecting for damage caused by earlier quakes.

Cuomo and a delegation departed for Puerto Rico on Tuesday to assess the damage and hand out aid, like blankets and water.

According to Cuomo's office, 15 airmen will remain on the island for up to 90 days to run facilities.