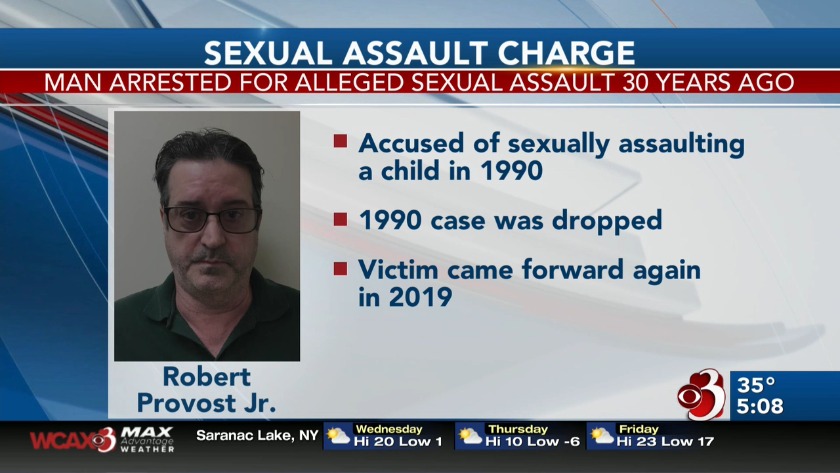 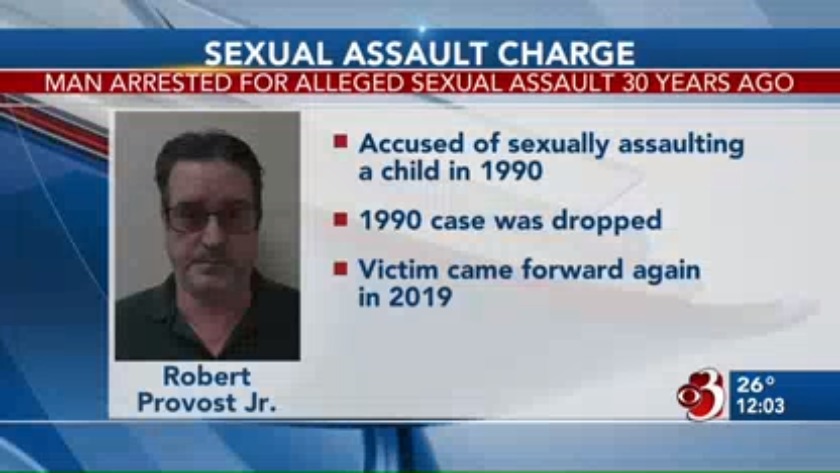 NY man due in court for 30-year-old assault of child in Vt.

BURLINGTON, Vt. (WCAX) A New York man accused of sexually assaulting a child 30 years ago in Vermont was in court on Tuesday.

Robert Provost, 56, was charged with lewd and lascivious conduct in Burlington in 1990 after a family member reported the abuse to a child. That case was dropped.

Tuesday in court, he pleaded not guilty and was ordered held on $10,000 bail.

If convicted, he faces up to life in prison.