Cuomo: Protesters have 'civic duty' to get virus tested 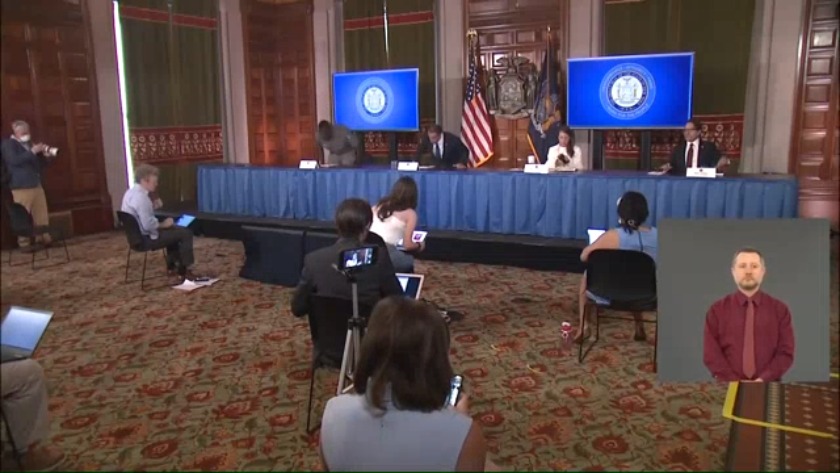 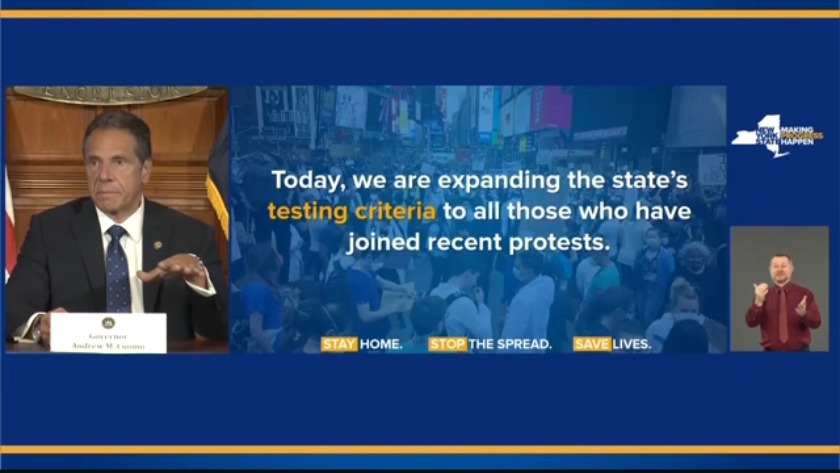 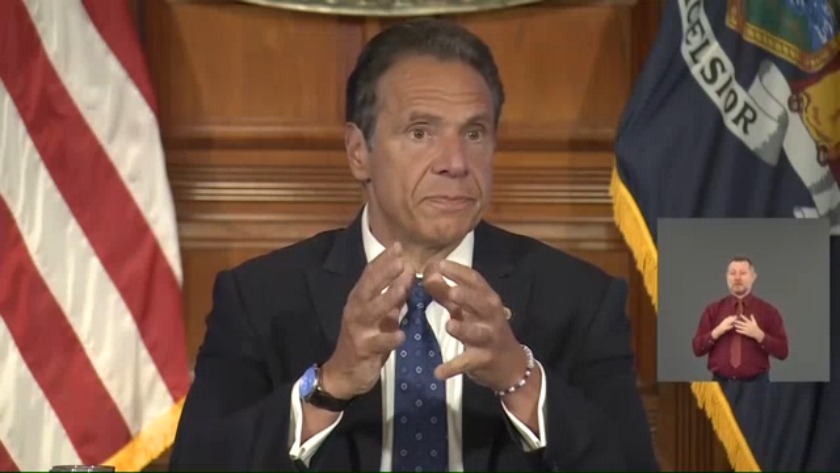 NEW YORK (AP) New York Gov. Andrew Cuomo says the thousands of people protesting the death of George Floyd have a “civic duty” to be tested for the coronavirus.

Cuomo is concerned that people packing in tightly for demonstrations could lead to more COVID-19 cases. Cuomo was particularly concerned about nightly mass demonstrations in New York City, which is poised to relax some economic restrictions.

Fewer people in the state are being hospitalized for COVID-19 and the daily death toll was 52 on Wednesday, compared to almost 800 at the peak of the outbreak.

An officer on anti-looting patrol was ambushed in Brooklyn hours after an 8 p.m. curfew went into effect. The ensuing struggle left two other officers with gunshot injuries. All three are expected to recover.

“They have an impossible job, and they need support,” Cuomo told Long Island News Radio. “They’re out there, they’re getting hurt, last night again, they are the best, they are the best. God bless them because I don’t know that I would want to do the job that they’re doing now.”

Cuomo’s comments came days after he drew some criticism for saying some NYPD officers had exacerbated tensions during recent George Floyd protests with “very disturbing actions.”

The city’s police commissioner didn’t speculate on the stabber’s motive, but a police union leader blamed the attack on anti-police rhetoric.