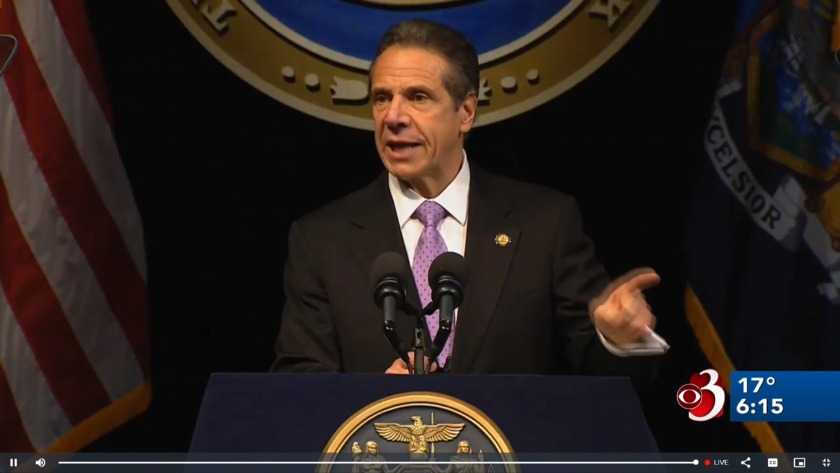 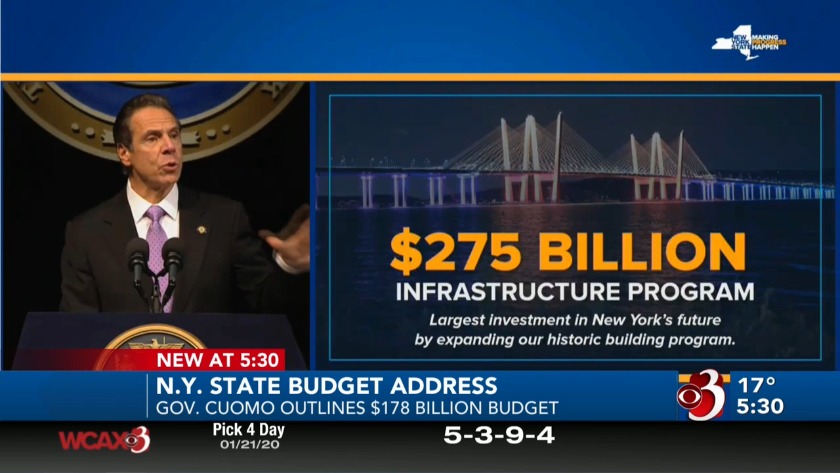 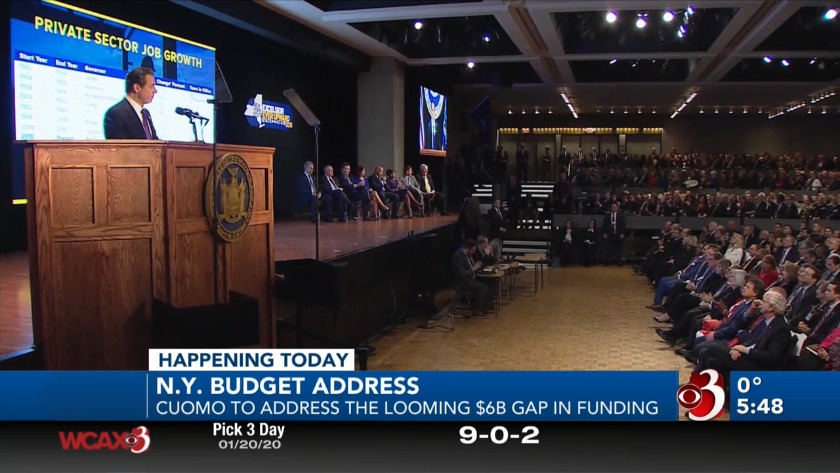 PLATTSBURGH, N.Y. (WCAX) New York Gov. Andrew Cuomo put dollar amounts to many of the ideas proposed in his State of the State address. Tuesday, the Democrat outlined his $178 billion budget and addressed concerns about the $6 billion deficit looming over the state.

Right out of the gate, Cuomo talked about climate change, proposing $33 billion to address a plethora of green initiatives. One, the $3 billion Restore Mother Nature bond act that calls for land protection, habitat restoration, clear water protection and other green-minded projects.

"Really a historic announcement of a proposed $3 billion bond act for New York's environment and the Adirondacks will clearly benefit from that, both the wilderness we're protecting and the communities," said Willie Janeway of the Adirondack Council.

The governor also wants to spend $1.5 billion on electric buses and cars, something we are already seeing being made in Plattsburgh at Nova Bus.

About 20 minutes into the speech, the governor brought up infrastructure changes he wants to see.

He offered up $5.8 billion to upstate roads and bridges and $1 billion to a well-known issue in the North Country.

"Broadband, cell signal-- those will continue to be funded," Cuomo said.

And name-dropped the Olympic Regional Development Authority with $147 million for upcoming projects, like the new mid-station lodge.

"They have a number of new attractions coming that are exciting," the governor said.

Cuomo spent a large portion of the speech talking about education spending, saying often times more money is dished out to richer schools at the expense of the poorer ones.

"The goal is what a wealthy school gets, a poor school should get. It doesn't matter what ZIP code or county you live in, you have the same access to education," he said.

Cuomo also called for more money to head to the Excelsior Scholarship, which could bring more students to SUNY Plattsburgh's campus and $1.5 billion for SUNY and CUNY Capital Plans.

New York currently faces a $6 billion deficit due to Medicaid costs, so the governor wants to reinstitute the Medicaid Redesign Team to reduce growth in Medicaid expenses.

"Lowering prescription drugs. I have no problem with going to Canada and seeing if we can cooperate with them on prescription drugs. If our government isn't willing to take on the drug companies in the U.S., then let's go to Canada. We should cap insulin co-payments at $100 a month. People are dying because they can't get their insulin payments and I want to cap them at a flat $100 a month.
"Increased transparency-- we're going to do a website that tells you where you can go for a set procedure and what each hospital charges for that procedure so you're not surprised when you get the bill.
"Vaping, as you well know, is a public health crisis. We cannot delay. Last week, two more deaths right here in the state of New York. Dr. Zucker issued health regulations which would have controlled this. The vaping companies have sued and have us in court. We're defending it, but let's just pass a new law, pass it quickly, and let's ban flavored e-cigarettes," Cuomo said.

The governor said he will push for a middle-class tax cut, saving taxpayers almost $2 billion.

Also in his speech, the governor mentioned he still wants to see the legalization of marijuana in New York and he wants to use money from the budget to get it done.