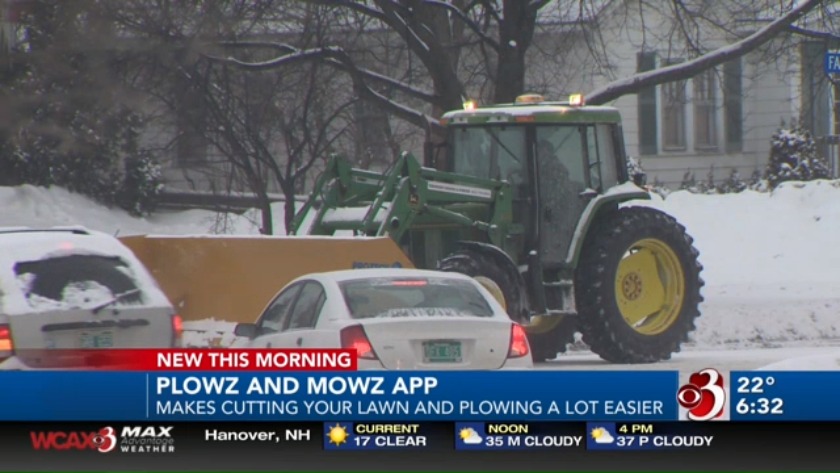 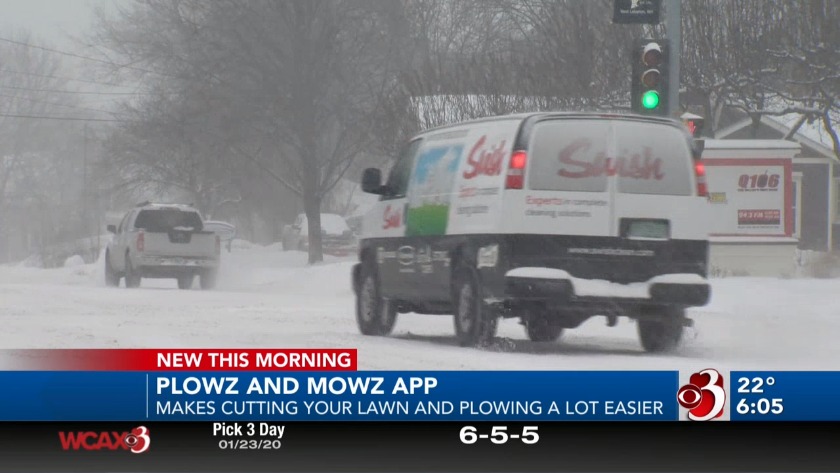 BURLINGTON, Vt. (WCAX) A new smartphone app launched in Burlington could make cutting your lawn and plowing your driveway a whole lot easier.

The Syracuse-based company launched Plowz and Mowz five years ago and has since expanded to more than 40 markets around the country, from Colorado and Wisconsin to Florida and Texas.

Professional landscapers register on the platform and the company makes sure they're insured and have proper equipment.

As Plowz and Mowz moves into the Burlington area, the company says landscapers and customers can sign up on the app right now, but it won't be active for a few weeks while they finalize details like pricing.

The company's leaders say the founder came up with the concept during a big snowstorm in Syracuse.

"One day his mom was actually stuck in her driveway there, saw a bunch of snow plows come by and no one would stop to help his mom out. So, he was like, 'well, got a good idea' -- figured they could make some extra money and help out with some customers who are in similar situations," said Tyler Snow with Plows and Mowz.

Burlington residents we talked with say they think it's a great idea and could benefit a lot of people, though they think it would probably get more use in surrounding towns, like South Burlington, Colchester, or Williston.

Elderly residents say the days of relying on the neighborhood kid to help out are over, so this could be an alternative.

When we spoke to local landscapers, they say they aren't worried the company will encroach on their business, rather, they could sign up and fit in a few extra jobs. Ultimately, they say Plowz and Mowz would probably appeal to more people in a pinch than those who are prepared.

"I think, depending on pricing and everything, if there was someone that I could utilize an app to have come and clear my driveway for me -- sure, why not," said Michael Shirk of Burlington.

He says can be difficult to find a plow service in Vermont, especially since most are booked for the winter far before it begins, so he wouldn't mind paying for the convenience.