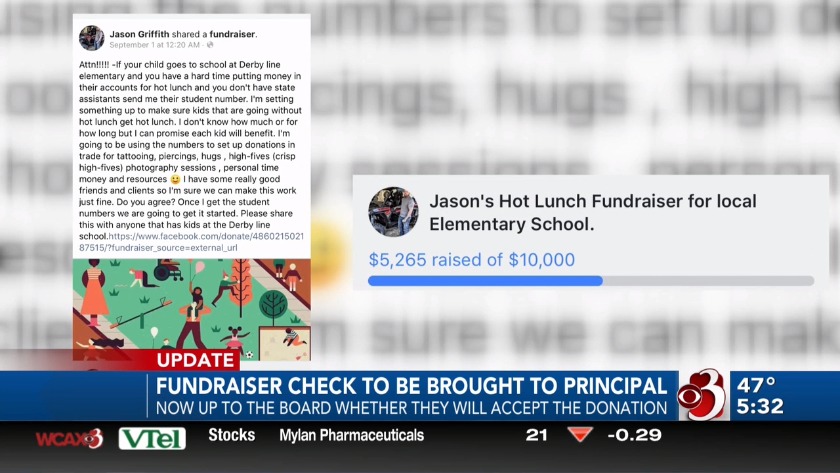 Derby fundraiser check to be brought to principal 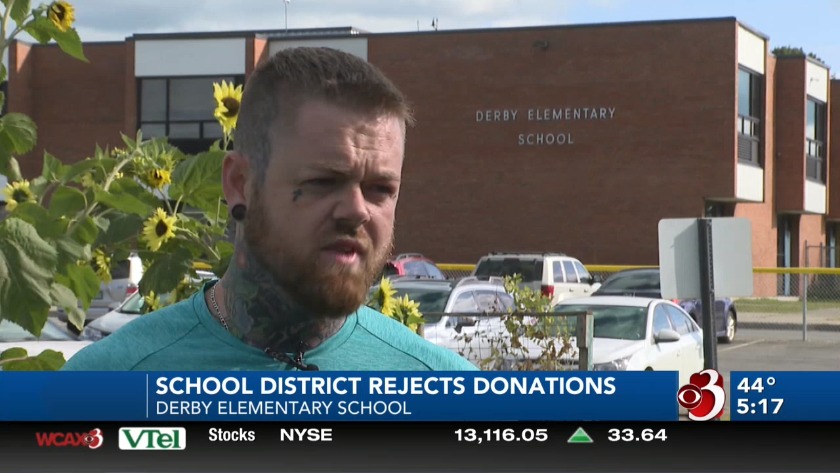 DERBY, Vt. (WCAX) An Orleans County parent is trying to raise money to pay off school lunches but the North Country Supervisory Union is shutting it down.

When Jason Griffith brought his son to kindergarten orientation he learned about something affecting his neighbors.

"I just realized that not all parents are going to afford their kids' lunches," Griffith said.

Hot lunch at Derby Elementary school costs about $5. The school promises every kid will eat, but Griffith wants to make sure students can eat what they want, so he started an online fundraiser.

"I started this with the intention of relieving some of the families that need financial help, it's that simple," Griffith said.

The fundraiser sat at more than $5,000 Thursday night, but the school district told Griffith to shut it down. That's because the fundraiser comes from outside the school.

"When I did this, I didn't want to start any problems," Griffith said.

The school superintendent did not make time for an interview but did send a statement. The district says it works with families and provides free meals if needed. The superintendent thanked Griffith for his efforts, but noted the lack of communication and clarity as a concern, saying, in part: "Although well-intentioned, we, unfortunately, cannot support the fundraising of this nature outside the school's authority. Unfortunately, there are those who may misrepresent their intentions in the name of a school and initiate fundraising that appears legitimate when it actually is not. "

Griffith stands by his cause pointing to the online fundraiser holding him accountable. He says people can see how much money is donated when it's donated and by whom. He says he plans to meet with school officials to work out a plan, but it's still unclear how those meetings are expected to go.