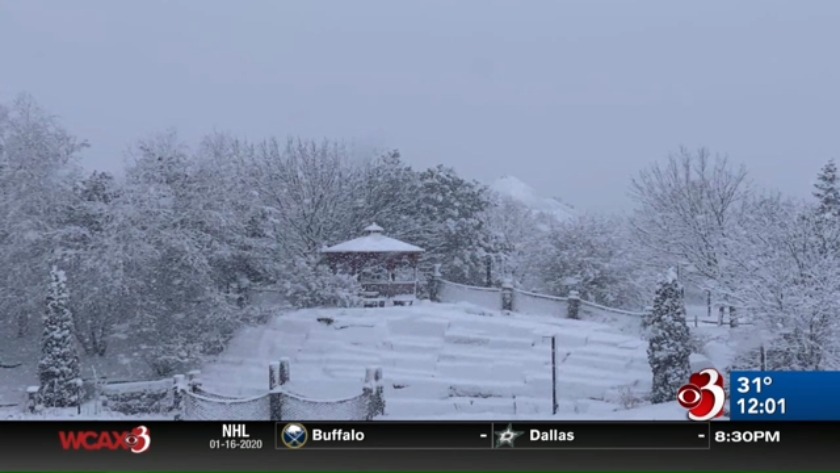 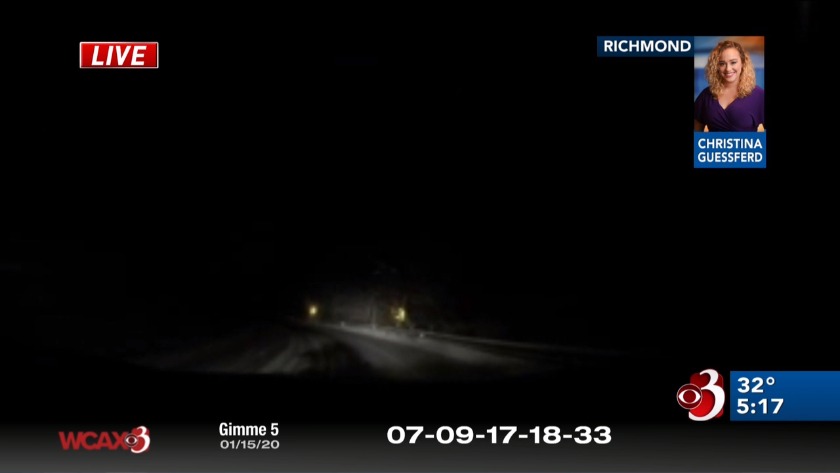 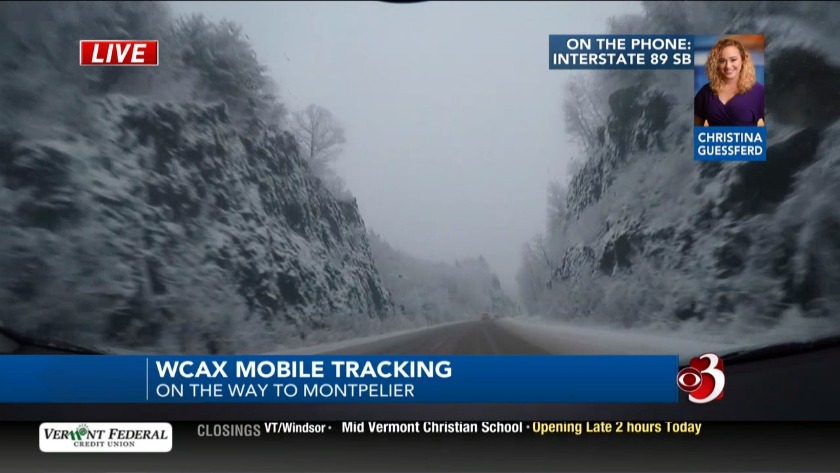 BURLINGTON, Vt. (WCAX) A morning snowstorm made for slick roads and slow morning commutes around the region.

The National Weather Service has issued a winter storm warning for some areas, with 6-9 inches of snow expected.

The storm caused some power outages around the state. Most were in Chittenden County, especially Shelburne.

At noontime, traffic lights along Route 7 in the Shelburne-South Burlington area were out, and some businesses in the area were also without power.

In Addison, Route 125 is blocked in the area of Route 17 west because of a tractor-trailer accident with downed power lines.

Earlier Thursday, Interstate 91 northbound in Springfield was down to one lane because of a tractor-trailer accident. And Route 22A in Shoreham at the intersection of Brown Rd. was closed. They have since reopened.

The storm is expected to move out of the area Thursday afternoon, followed by plunging temperatures and below-zero wind chills for Friday. Another storm system will come in on Saturday with another round of accumulating snow that will last into Sunday.