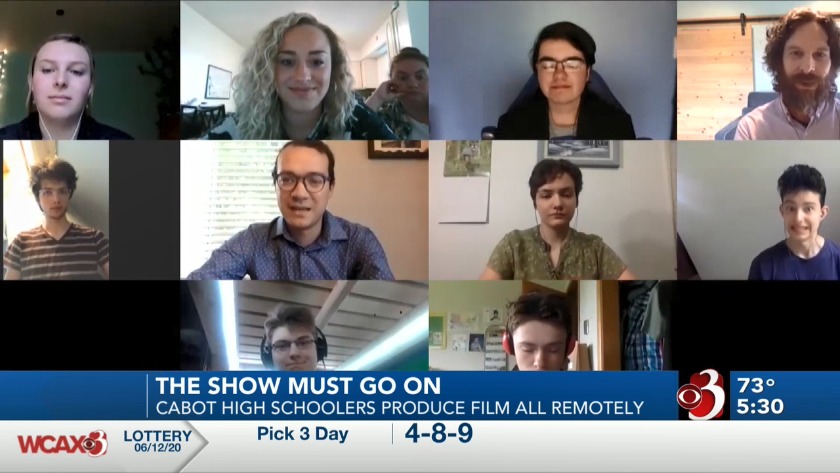 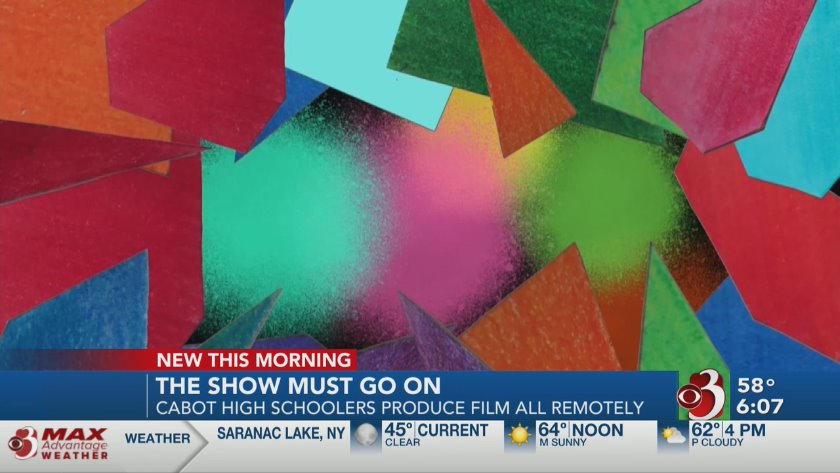 The show must go on

CABOT, Vt. (WCAX) Even during a pandemic, local musical theater students say the show must go on. When Vermont schools closed in March, teachers and students had to get creative about conducting classes, but some assignments can't be completed online.

"You know what, let's make this happen, we can do it," said Brian Boyes, a performing arts teacher at Cabot High School.

Right now, Cabot students would be preparing for the in-person premiere of their jukebox musical performance of "The Paths We Tread," but because of the pandemic, they're instead waiting to see their film's final cut online.

"Honestly, this is something completely new I've never even seen before, let alone done it," said Louis Searles, a senior.

Blending film, musical theater and animation, the team of students worked tirelessly for the past seven weeks on a more than 30-minute recorded piece, all remotely.

"I think these were probably longer days. Would you say that's right guys? Yeah, definitely long hours staring at these screens and manipulating audio and video and editing and splicing and cutting and rerecording. So, I imagine that wouldn't take place in a musical," said Alex Macomber, an English teacher.

The students say the most difficult part was coordinating rehearsals and practicing scenes together from home.

"It's not easy trying to be in a Zoom call acting for three hours and just trying to revise everything you do on the spot," said Danielle Reeves, the producer and co-director.

The second difficult part is mixing all of the individual recordings and music.

"The drive and the ambition that these students put forward is nothing short of remarkable. They grabbed this thing by the horns and they made it happen. We're all so far apart from one another, but I think when you watch this, there's really a feeling of connection," said Macomber.

The students say the animation illustrates the scenes in a way only an in-person performance could do otherwise.

"Just tells the story of the song better, 'cause just having someone standing there singing isn't very visually appealing, but having animation that hits different key points during the song gives it a little more," said Emmett Steinert, the co-director and co-writer.

"I'm really excited because we put so much hard work into this project that it's going to be great to be able to show it off and show people what we've been doing," said Mekiah Smith, an actor and vocalist

"The Paths We Tread" premieres online Friday night at 6 p.m. You can watch it here.