Pandemic shines spotlight on the need for diapers 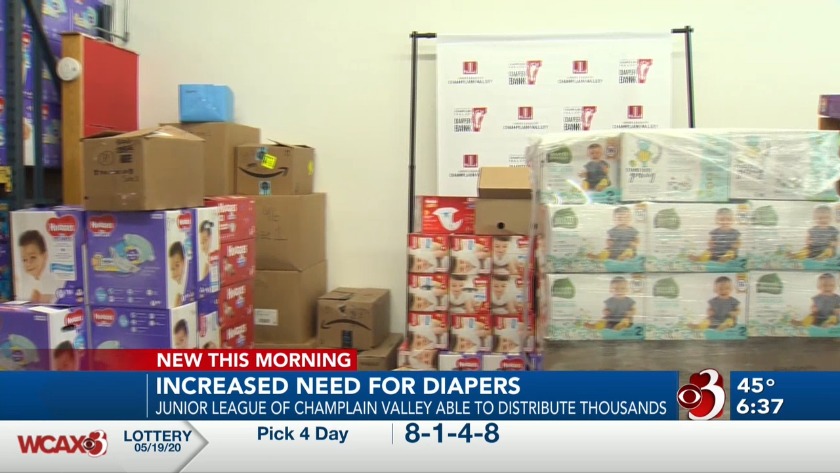 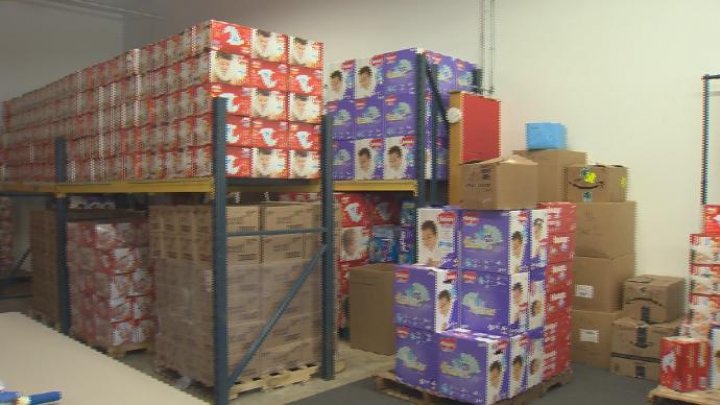 Pandemic shines spotlight on the need for diapers

SOUTH BURLINGTON, Vt. (WCAX) One in three families in the United States typically needs diapers, according to the National Diaper Bank Network, but the global pandemic has created an even more urgent need.

"It's kind of a silent need that's continued to grow in this crisis," said Nicole Breslend, the president of the Junior League of Champlain Valley.

The league opened a diaper bank in South Burlington about a year ago. A 50,000-diaper donation from Seventh Generation in 2018 and a Huggies donation of 240,000 diapers last year prompted the group to move into a new space.

Breslend says it's thanks to those community partners that the organization is able to lend an extra hand when it's needed most. The league set a yearly goal of distributing 100,000 diapers to area organizations, like food shelves. That amounts to about 8,000 diapers a month, but they've already topped that goal.

Over the past few months, the group has handed out 135,000 diapers statewide to places like the Howard Center, King Street Center, Lund Family Center and Champlain Valley Head Start.

"So our reach has really expanded to across Vermont," Breslend said.

Thanks to a 49,000-diaper and 5,000-wipes donation from Seventh Generation in March, the team is serving 10 agencies across Vermont in addition to it's usual eight in Chittenden County.

Breslend says a huge part of the organization's goal, now more than ever, is to establish a way for families to get donated diapers through government benefits.

"We are in regular contact with the Early Childhood Alliance as well as having contact with legislators in the Statehouse in trying to come up with solutions at a policy level to try to get families access to diapers," said Breslend.

In the meantime, the league's 30 volunteers are hand-delivering diapers to area agencies who need resources their usual funding can't supply.

Champlain Valley Head Start was one of the first organizations to ask the league for help. Serving 316 children and 283 families, Head Start typically provides diapers to those kids within their program who need them, but they strived to do more.

The extra resources now allow Head Start to serve a total of 200 kids, half of them in the program. The small staff is hand-delivering the diapers to low-income families struggling financially during the outbreak.

"It's really made the lives of some of our families much easier. We've had a lot of families who've lost jobs," said Springer.

And Breslend says they couldn't have helped organizations like Head Start alone.

"We've really been able to distribute as many as we have because of these partners and also from generous donations from community folks as well as the drives that we have continued to do," she said.

The Junior League is also asking for additional donations. They say they can use either cash or physical donations. Donations can be dropped off at Healthy Living in Burlington or the Kids Center in Williston.