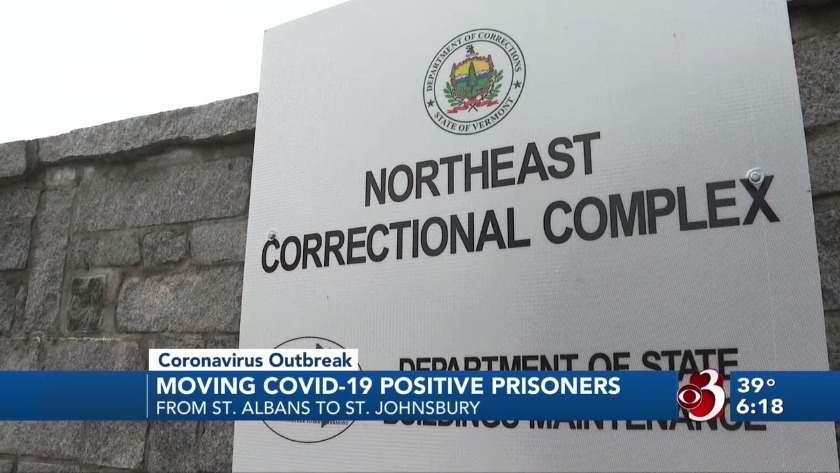 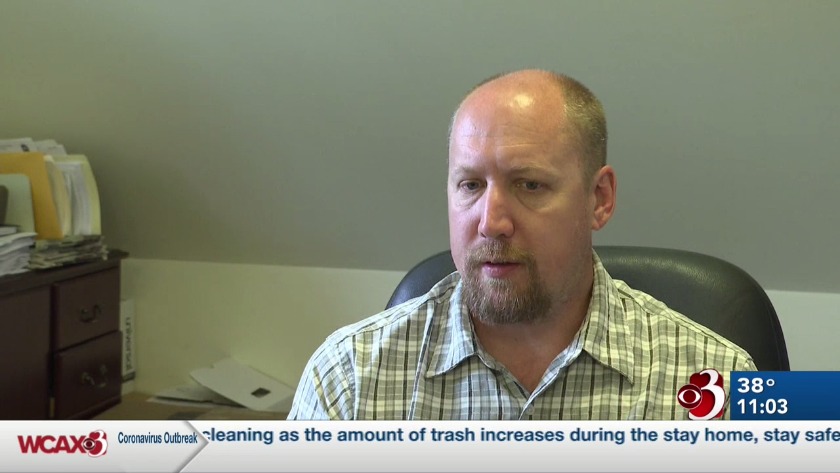 ST. JOHNSBURY, Vt. (WCAX) A coronavirus outbreak at the prison in St. Albans is causing the Corrections Department to move infected inmates. Nearly 30 prisoners have been relocated to a surge site in St. Johnsbury where they will receive care. But the move is leaving some residents uneasy. Our Dom Amato learned more about the plan and whether all inmates and staffers at Vermont prisons will get tested for COVID-19.

Vermont's most recent data shows only eight people who live in Caledonia County have tested positive for COVID-19 as of Friday. Now, more than two dozen inmates with confirmed cases are moving to St. Johnsbury.

"I'm kind of scared because it could infect the people on duty watching them, and it could go around town," said Jordan Roberts of St. Johnsbury.

"If the town could just give us some more information. I'm not opposed to it, I think everyone deserves care," said Deborah Miller of St. Johnsbury.

The Department of Corrections surge site for infected patients is now being put to use.

The Caledonia County Work Camp is housing 28 inmates from the Northwest Correctional Facility who have tested positive for coronavirus.

The 65 inmates who were at the work camp were relocated to other prisons before the infected inmates arrived.

After the outbreak at the St. Albans jail, advocates are calling for tests for all DOC staff and 1,400 inmates.

"We have to have a reason to universal test," Vt. Human Services Secretary Mike Smith said.

Smith says testing capacity is not unlimited but vowed that if any prison, nursing home or senior living facility had a positive case, officials would commit to testing everyone.

The ACLU is also calling for older and more at risk inmates to be medically furloughed due to coronavirus concerns.

Smith says about 7% of the state's prison population is over 60. He says anyone in that age group still behind bars is a hardcore criminal.

"These are people that are dangerous to our society, we are not going to release these people," Smith said.

Corrections says they can medically care for 56 inmates at the work camp. Commissioner James Baker assures concerned residents in the area that they have put the proper precautions in place to ensure the community will be safe.

In total, 328 inmates and staff from the St. Albans prison were tested. Not all of the tests are back yet, but as of Friday afternoon, we know that 32 inmates and 14 staff members have tested positive.

The St. Johnsbury's Town manager Chad Whitehead sent a letter to the Governor this evening expressing concerns over the surge site.

In the letter, White said he was proud of his community and what their team had done based on the current situation and capacity. He also said he is proud of the work and leadership coming from Gov. Phil Scott's office.

Whitehead said he is concerned that all the planning they put in place to take care of our community was undone and that they have lost their resources to serve the correctional population without consideration of our public. He then asked the Governor to not send more inmates to the town without appropriate resources like a medical surge facility, PPE and staffing.