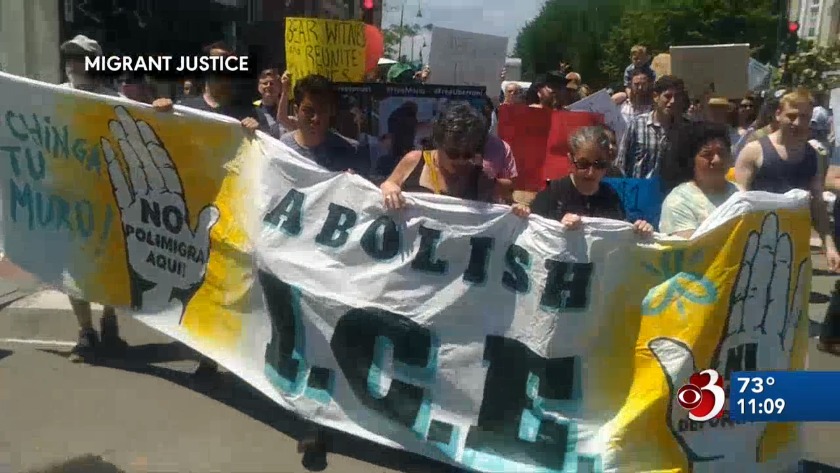 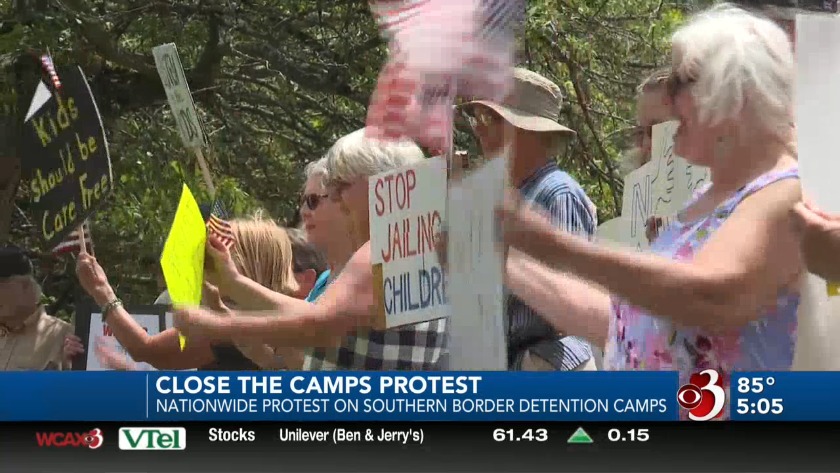 Messages on placards included statements about inhumane living conditions in the camps including lack of showers.

Protestors also called on Congresswomen Elise Stefanik to use her 4th of July break to travel to the border to see the conditions asylum seekers are living in. They are also urging area residents to write to Stefanik's office.

Demonstrations were also held on Chuch St. in Burlington.

Many held signs against detaining families or keeping kids in cages.

"There's a lot of hate toward the migrant community right now," Organizer at Migrant Justice Abel Luna said. "In order to have human rights, you have to be creative. And that's why Migrant Justice is continuing to do the work we're doing, organizing and trying to raise awareness."