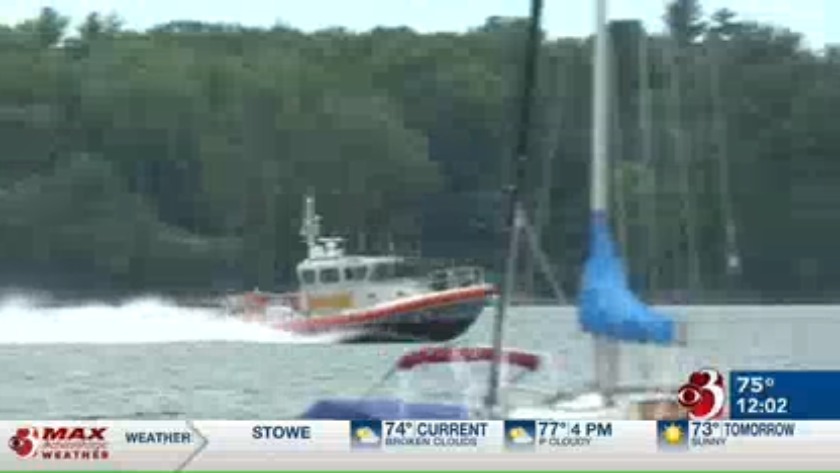 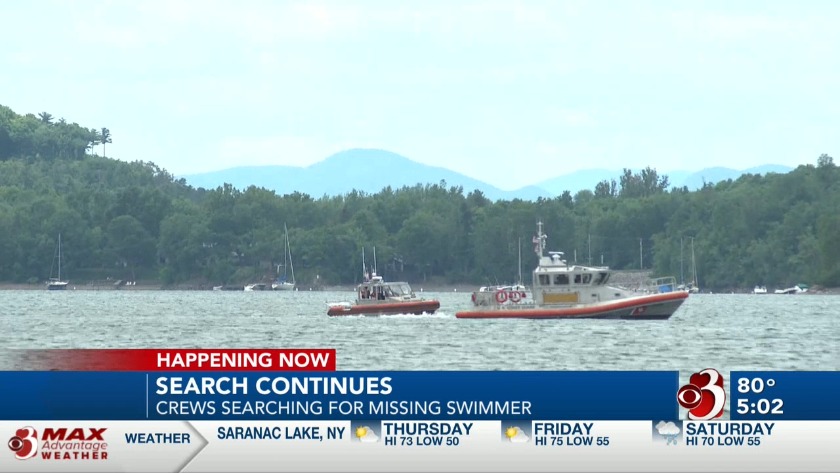 Police: Missing swimmer jumped in to save child

SOUTH BURLINGTON, Vt. (WCAX) Police have released the names of the two South Burlington men who died in a swimming-related accident off Red Rocks Park Tuesday.

Authorities say Todd Anderson, 51, remains missing and is presumably dead. The other victim, David King, 33, died at the hospital.

According to the police, the two men were among a party of six people aboard a small powerboat that went to the bay to swim. Upon arriving, two kids jumped into the water, but one had trouble swimming due to increased wind and waves. Authorities say Anderson and another woman jumped in the water with a life jacket to save the child. While the woman and child were able to swim to shore to get help, Anderson disappeared under the water.

King then jumped in to help but was not successful. He was recovered by the Coast Guard and transported to the UVM Medical Center where he later died.

Search crews were out in full force Wednesday looking for Anderson.

"We were actually near the water. We saw a lot of police and ambulance come. I just hope that this person does get found," said Nick Multrie, a witness.

"You can see the wind is still up, that creates a challenge," South Burlington Police Chief Shawn Burke said. "Certainly a tragic, tragic event. And a harsh reminder of the importance of basic boating and swimming safety."

South Burlington Police believe a lack of life jackets, weather and boating inexperience all contributed to the incident.

"The weather kicked up and absent personal flotation devices, they weren't able to recover themselves," Burke said.

Police say that Anderson was the boat operator and that everyone else present did not know how to operate the boat.

The Coast Guard is reminding everyone to practice four basic boating safety measures when heading out on the water.

"Yeah, number one is wear a life jacket always on the water. Number two is have a float plan. Tell someone where you're going on the water, what time you're leaving, and what time you're expected to be home. Always bring a radio with you, cellphones are great but radios are really good. Check the weather before you leave," said Thomas Barossi of the U.S. Coast Guard.

By Wednesday afternoon, Coast Guard crews suspended their efforts after searching for about 18 hours.

"Pending further developments, we have suspended the active search," said Coast Guard Cmdr. James McLay. "Our heartfelt condolences go out to the family, friends and loved ones involved."

WATCH LIVE: Sununu to give update on COVID-19 efforts in NH
Related Stories