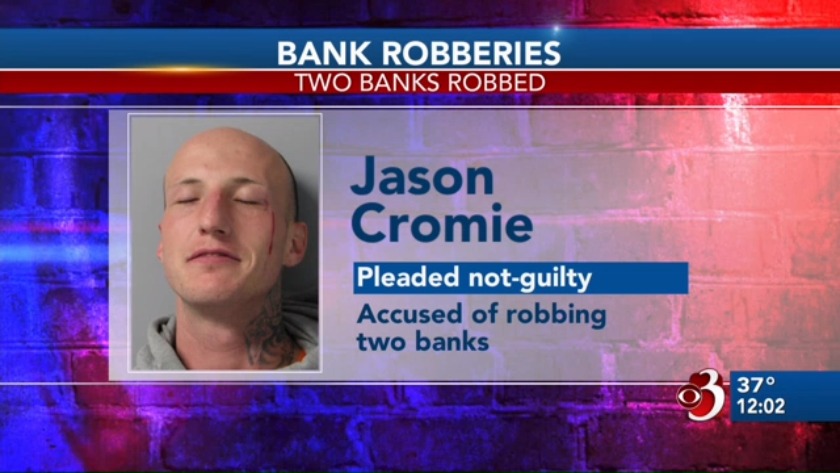 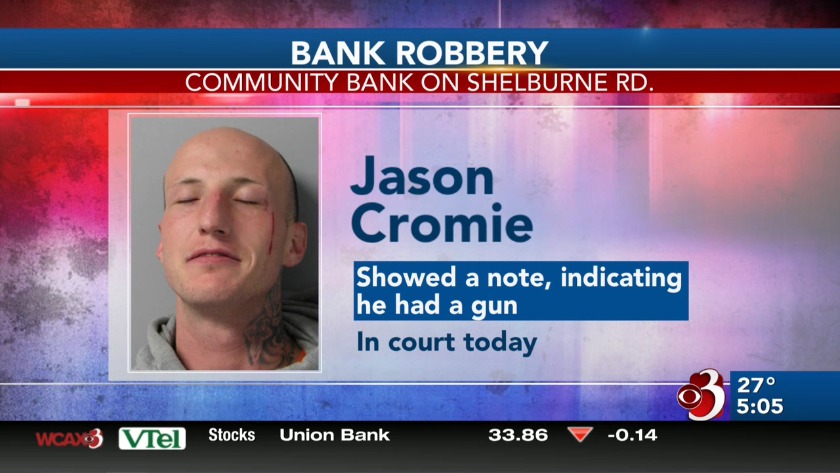 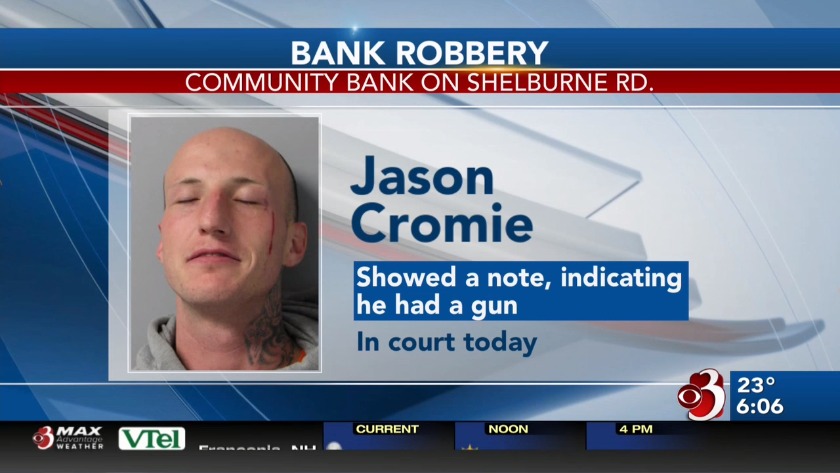 SOUTH BURLINGTON, Vt. (WCAX) A Burlington man accused of robbing two banks in one week has pleaded not guilty.

Jason Cromie, 28, is accused of robbing one bank in Burlington and one in South Burlington.

Investigators say Cromie robbed the Community Bank on Shelburne Road in South Burlington Wednesday. They say he went into the bank and showed a note to the teller demanding cash and saying he had a gun. Police say he took $2,000 and ran.

Police say Cromie was also behind the robbery of the People's United Bank Tuesday where he made of with an undisclosed amount of money.

Police say they tracked Cromie down at a hotel in South Burlington and arrested him.