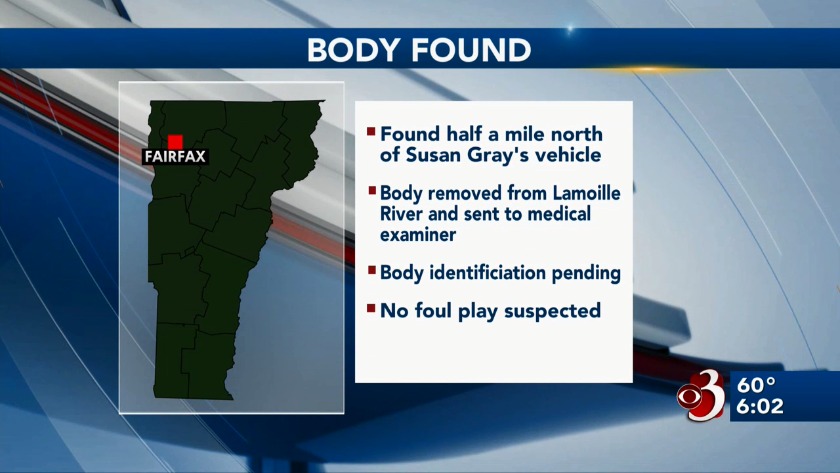 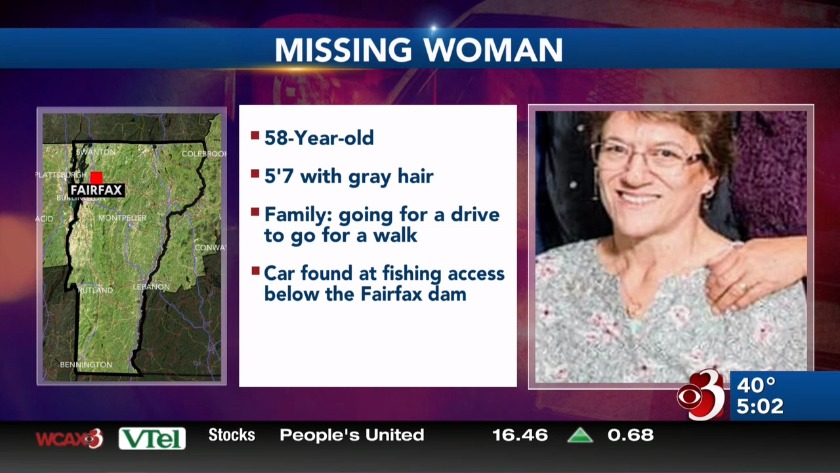 FAIRFAX, Vt. (WCAX) Police say they have a body in the Lamoille River that appears to be a Fairfax woman reported missing Sunday.

Family members reported Susan Gray missing on Sunday afternoon after she had said she was going to drive down the road to go for a walk that morning. Her car was later found at the fishing access below the Fairfax Dam.

Police say Colchester Technical Rescue recovered a woman's body just before 10:30 a.m. a half-mile downstream from the fishing access below the Fairfax Dam.

Police say the investigation continues and is pending the results of an autopsy. They say the death does not appear to involve foul play.

Gray was reported to have some medical conditions and was recently discharged from the hospital.