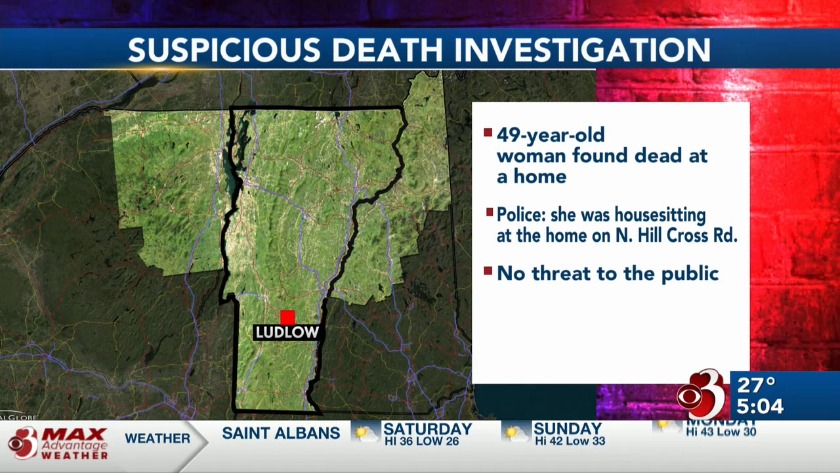 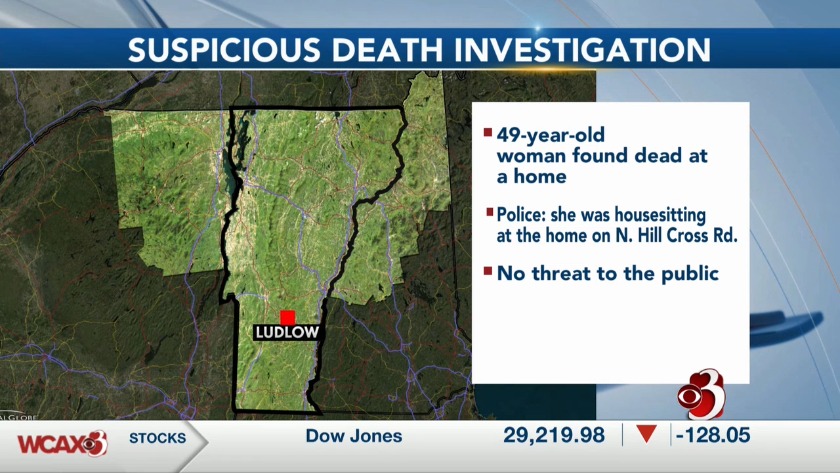 Authorities are investigating the death of Bonnie Lapointe, 49, of Windsor and are calling it suspicious. Ludlow Police got a call Thursday shortly before 8 p.m. that Lapointe was found dead at a home on North Hill Cross Road. They say one of her friends made the discovery and called police.

Police say Lapointe had been housesitting at the home and was last heard from on Wednesday morning. While police say it's suspicious, they say there is no threat to public safety.

An autopsy is being performed to determine the cause of death and Vermont State Police have been brought in to assist with the investigation.