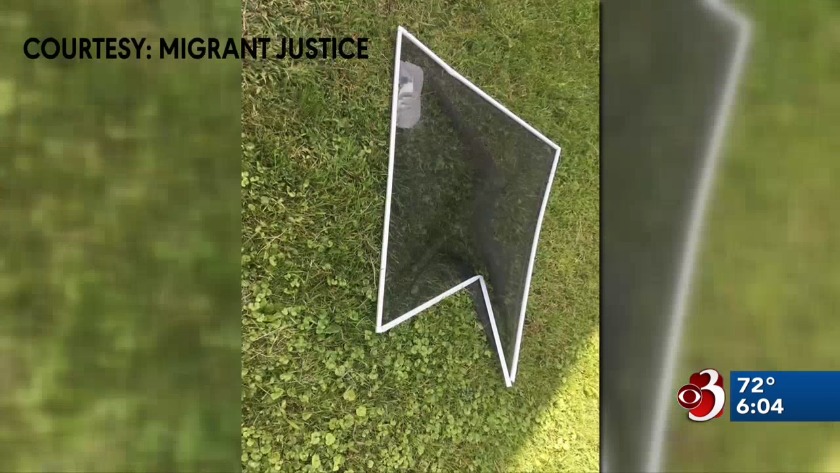 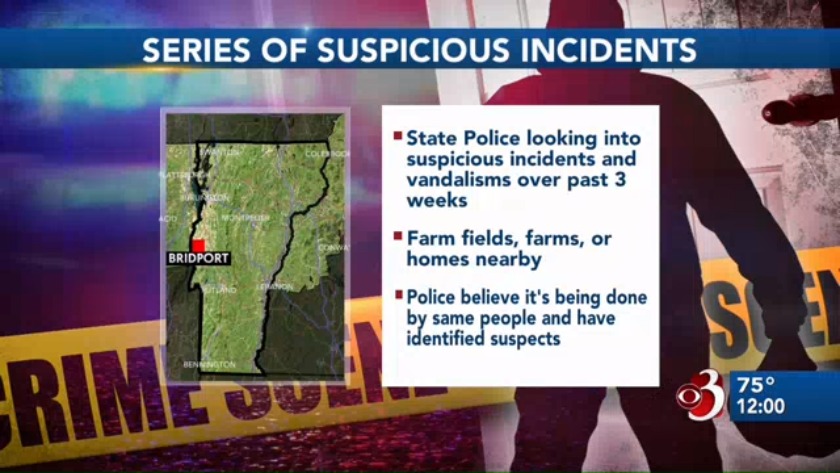 BRIDPORT, Vt. (WCAX) Was it vandalism or a racist attack? Police are investigating a crime spree in Addison County over the past three weeks.

The immigrant rights group Migrant Justice says migrant farmworkers in the Bridport area are under attack by racists.

"The workers are afraid that this can happen again. How safe are they in their own homes?" said Marita Canedo of Migrant Justice.

The group posted pictures on Facebook and says migrant farmworkers were targeted three times at their farmhouses and on their farms.

Some locals say it happens too often.

"I've had my farm stand broken into twice. They stole money. They wrecked the place," said Jerry Connor from Morgan Hill Farms.

Canedo says the organization and the victims believe this is a hate crime. They claim someone circled the farmhouses while yelling racial slurs and firing a gun into the air.

"Our guys are very uneasy and upset and afraid and by all means, they should be when there's a gun going off outside," said Tim Howlett, the owner of Champlainside Farm.

Howlett says his employees were the ones targeted. He says in the past 18 years since he's been hiring migrant farmworkers, nothing like this has ever happened. And while he can't say for sure if these acts are racially motivated, he says they're disturbing.

"It disrespects me and makes me feel upset that someone would disrespect me like that and scare my guys that aren't causing any trouble, it bothers me that this is happening," said Howlett.

Right now, they want answers, an arrest and ultimately peace of mind.

"The most important thing is that our community feels safe. Our community is not afraid to go to sleep at night, and they can feel that they are not worthless," said Canedo.

Police say they are investigating and have been for three weeks. They have suspects, but so far, no arrests. They are not saying whether they think the crimes are motivated by hate.