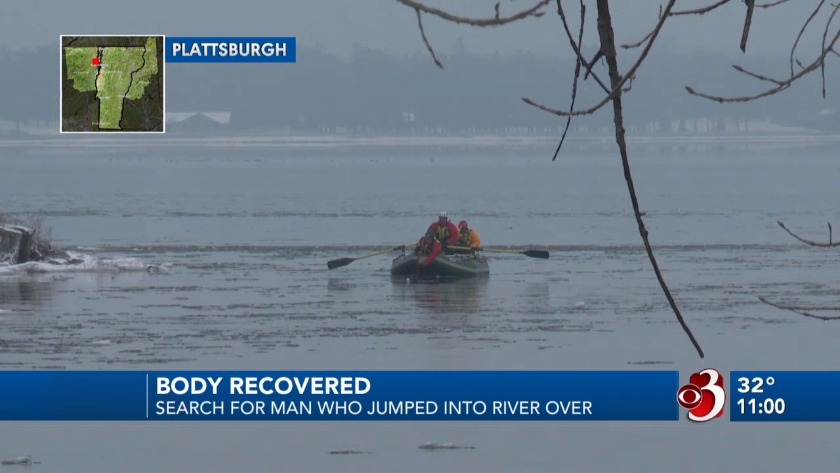 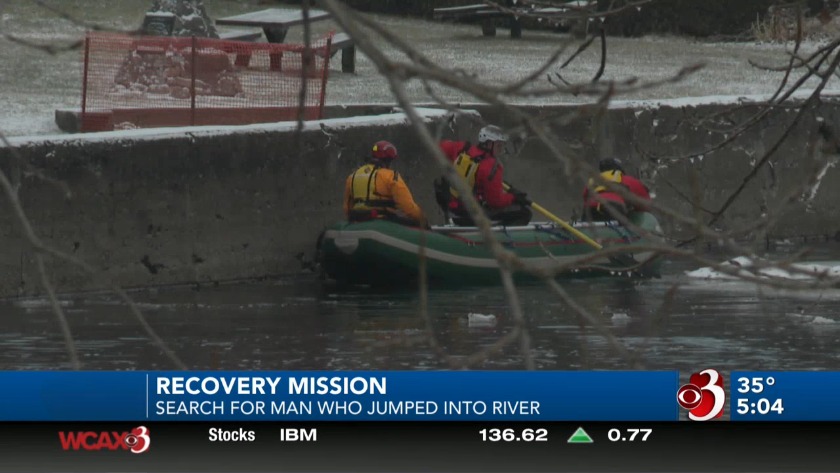 Crews come up empty-handed on 2nd day of river search

PLATTSBURGH, N.Y. (WCAX) Plattsburgh Police say they have recovered the body of a man who disappeared in the Saranac River on Tuesday.

Plattsburgh Police Chief Levi Ritter told our Kelly O'Brien the body was found Wednesday evening when the New York State Police Dive Team went back out for a last-minute search.

Authorities are not yet telling us who this person is and they say they won't release any more information until Thursday morning.

Investigators say they have several witnesses who saw the man jump into the river on Tuesday.

Police searched Tuesday. And crews got back to the search early on Wednesday morning. A tactical team was on the Saranac River and where the river meets Lake Champlain. The New York State Police Dive Team assisted. There was also a helicopter from the Department of Homeland Security searching from the sky.

Police say the water is about 37 degrees and they don't believe someone could survive in those temperatures, which is why they called it a recovery effort.