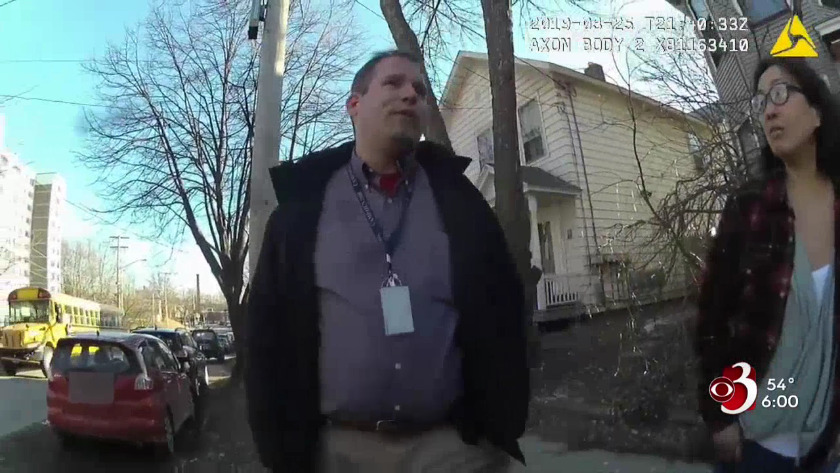 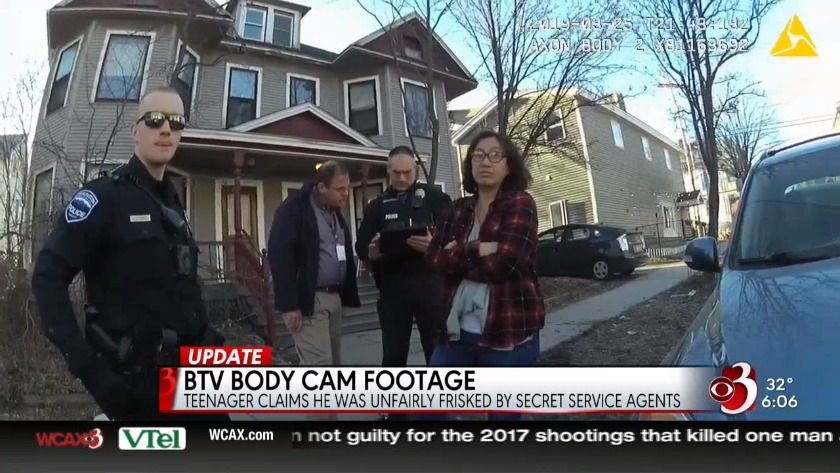 BURLINGTON, Vt. (WCAX) “Navigating race is an issue in America that police officers have to be able to do well, but there was nothing that was beyond the pale in their response,” said Burlington Police Chief Brandon Del Pozo defending his officers.

Chief Del Pozo released the body camera footage from the four officers that responded to the incident where a Burlington teenager says he was unfairly targeted and frisked by secret service agents outside his home.

“We felt that it was in the interest of transparency to let the public see all the body camera footage that we had about this encounter,” said Del Pozo.

Chief Del Pozo says they blurred or removed video of victims, witnesses, profanity and content that would explain why the Secret Service was in that particular neighborhood.

On the video, the teenager says, "They've (Secret Service) been here for two hours trying to get into the house. I got there. I go get in my house. I go out of my house. He decides to walk to... my friend's vehicle. He turns me around, pushes me against the car, and frisks me down."

The secret service admitted to searching the teenager on the scene. The law states that federal agents have a right to search anyone if they fear for their safety or if they feel a weapon is present, age does not matter.

One of the Secret Service agents tells police, "We're sitting in the car, and he came by with a bag, which is fine, but then he made a signal to us and I thought he was threatening violence. So I went down, and I said, 'Hey, do you have any weapons on you?' So I just gave him a quick pat down. He's gotten all indignant about it. I get it."

The videos show Burlington Police talking to both the teenager and the secret service agents.

The other Secret Service agent tells the officers, "This is the problem with our youth today. They have no respect for law enforcement."

“It sounds this was a big misunderstanding because they live here and they had no idea who you guys were because you were dressed like normal people,” said one of the Burlington Police officers on the scene.

“I think that if people who don't look like the police that you are used to seeing stop you and detain you, and frisk you or try to make entry into your house. It's not beyond the pale to say who are these people,” said Chief Del Pozo who added that the teenager has no history or is a subject of a Burlington Police investigation and can not comment on what and why the secret service was in the area.

“Unfortunately this account took place before we even got there so we are not in a position to adjudicate it or is it our role or have the authority to adjudicate it,” said Del Pozo.

After the incident on Tuesday the teenager, Phin Brown took to Facebook, telling his side of the story and claiming race was an issue.

"A lot of the stuff that came under dispute was stuff that people feel from that heart are important issues but they weren't beyond the pale or some sort of attack on anyone integrity,” said Chief Del Pozo

WCAX reached out to the secret service to get their take on what happened.
They did not respond to any phone calls.