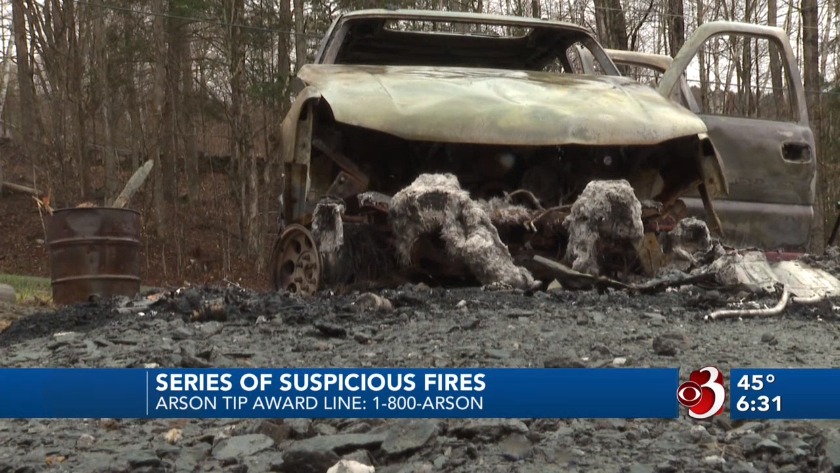 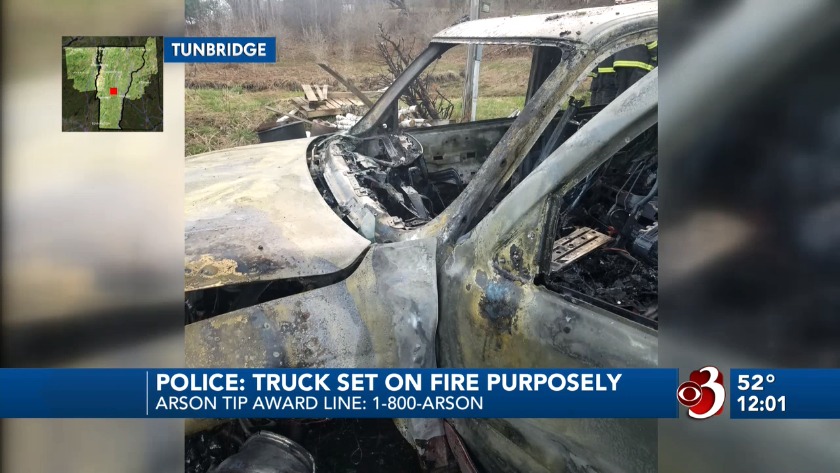 TUNBRIDGE, Vt. (WCAX) People in Tunbridge say they're worried for their safety after a series of suspicious fires in the town.

Police say they think at least two of the fires are connected and they need your help catching the person responsible.

Our Christina Guessferd spoke with the latest victim.

"This is my home and somebody almost took it away from me," Sonja Barter said.

Barter says she was seconds away from losing everything. She says a loud explosion woke her and her husband early Thursday morning. When she looked out her window, she saw her Chevy Tahoe engulfed in flames just feet from her 5-year-old daughter's window.

"If my husband didn't risk his life reaching into a fire to put a chain on it to get it away from my house, we wouldn't have it," Barter said.

"I was scared for their lives," said Lynn Tabor, Barter's mother who lives right across the street. "I called 911 and ran to the window to look out and the flames were shooting up over her house."

The family has owned the land in this quiet neighborhood for generations.

"I would have never in a million years thought this would have ever happened here," Barters said.

"This is our safe haven," Tabor said. "This is where we go to feel peace and comfort."

And now the family says they've been robbed of that security.

"My kids don't even want to be here, and for them to not want to be in their own home where they've felt safe for the last four-and-a-half years. That's not OK," Barter said. "They're afraid somebody's trying to kill them."

The incident is the third in a series of suspicious fires in Tunbridge. Police say a car and house were destroyed in separate fires in the last week-and-a-half.

The ashes of that house are still smoldering and it's only minutes away from Barter's home. Police say the close proximity leads them to believe that the house fire and Barter's car fire are connected. They aren't sure about that first car fire.

Barter says she's angry but feels lucky to be alive in the face of what could have become a tragedy.

"I definitely had a guardian angel," she said.

And she is eternally grateful for her family's quick response.

"There's not enough thank-you's in the world," she said.

Police are asking anyone with information give them a call immediately. They're offering a $5,000 reward if that information leads to an arrest. Call 1-800-ARSON.