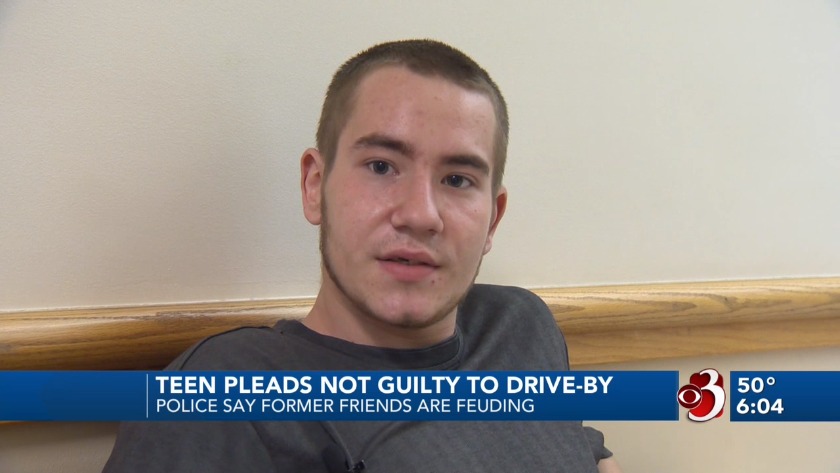 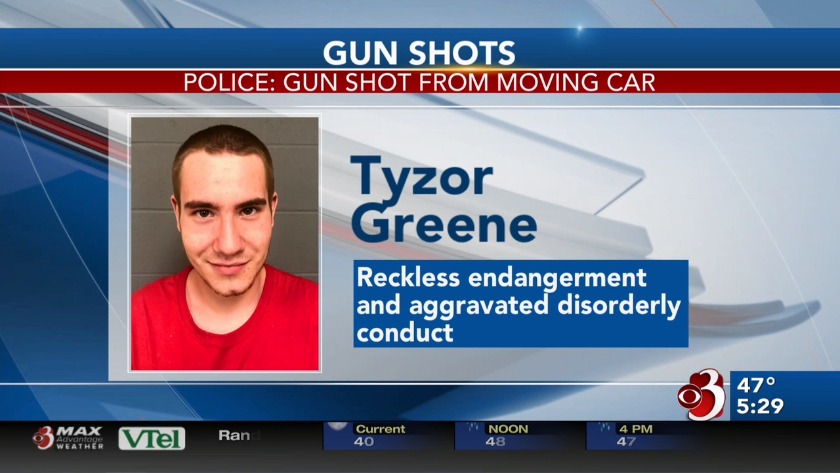 BRATTLEBORO, Vt. (WCAX) A Windham County teen is accused of a drive-by shooting in Townshend. And police say it appears to be the latest incident in an ongoing feud. Our Adam Sullivan has more from court.

Tyzor Greene, 18, did not want to talk about the two charges he faced in court Tuesday stemming from an alleged shooting the night before. However, he was willing to talk about his friendship with the alleged victim, Jeriah Bills, 19.

"Oh, you know he used to be one of my close friends," Greene said.

Bills was outside his father's home in Townshend Monday night when shots rang out in the neighborhood. According to police, Greene fired multiple shots into the air as he drove by the Grafton Road home.

"Somebody you meet as a child and you think he is your best friend until something crazy happens," Greene said.

Authorities say the two teens have been feuding for years. Police say Greene claims Bills severely burned him a few years ago. Court papers also state Bills believes Greene recently burned down his father's barn. There is a pending civil case connected to Greene's injuries sustained during a fire pit incident and police are continuing to investigate what they say was a suspicious fire at the barn, though no suspects have been named.

Tuesday afternoon, Greene faced a judge. He's accused of reckless endangerment and aggravated disorderly conduct in connection with the shooting. He declined to comment before his arraignment.

"I would rather wait until my court date to answer questions like that," he said. "But if that is what they are saying right now, that's what they say."

After pleading not guilty to both counts, Greene was released on conditions.

Homeowner Mike Bills declined to comment on camera about the case. However, he did tell WCAX News in a written statement that his family fears for their safety.