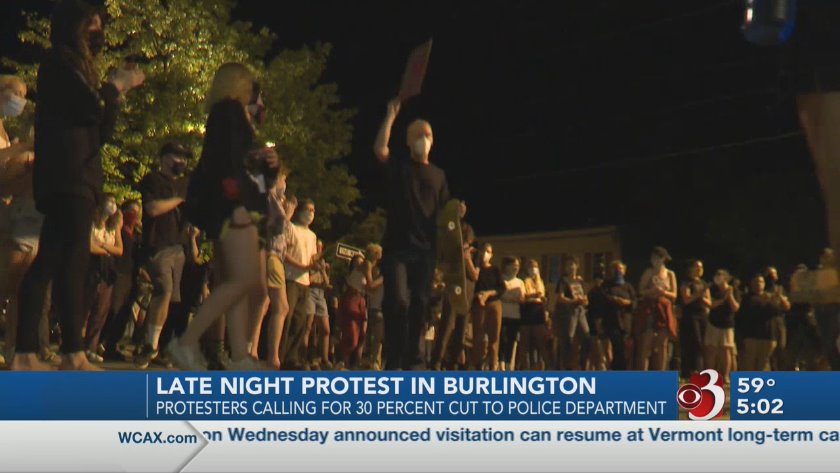 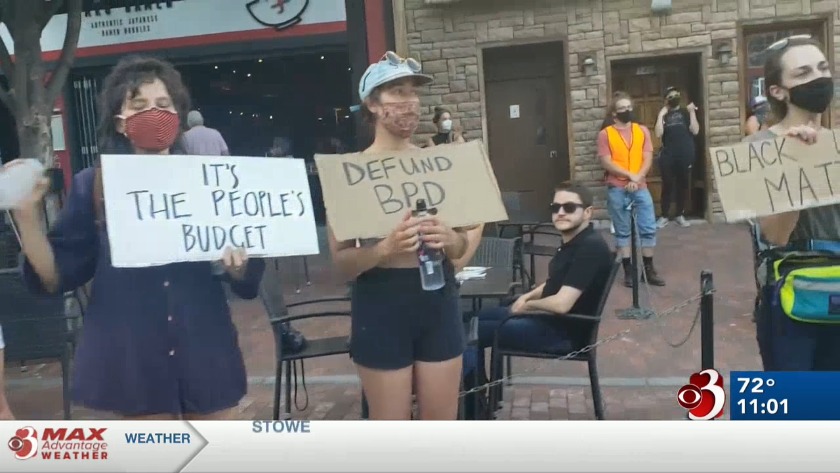 BURLINGTON, Vt. (WCAX) Protesters took to the streets of Burlington overnight, pushing for more cuts to the police department.

The late night, impromptu protests took place outside City Hall and the police department and are part of a movement in many cities to restructure policing to address systemic racism.

Protesters say they are angry that Burlington Mayor Miro Weinberger is proposing a 10% budget cut to the police department. That falls short of their demand for a 30% reduction.

"It should be more. That's like a good starting point but we need to abolish the police," said Aspen Kobetitsch, a protester.

"I feel like having too much of a force that has guns on them all the time— it spooks people. It's scary. It's intimidating," said Gabby Snook, a protester.

"We need to be holding the mayor accountable for his actions or his inactive, rather. He's not listening to the people he works for," said another protester.

Weinberger says shrinking the police force by 30% isn't something that could happen overnight, but he says nothing's off the table.

"I think if we have some time with this and can figure out what do we want police not to do anymore, what do we want them to do differently... if we do the hard work of really transforming what this agency is responsible for then maybe," said Weinberger, D-Burlington.

Protesters are demanding they be heard.