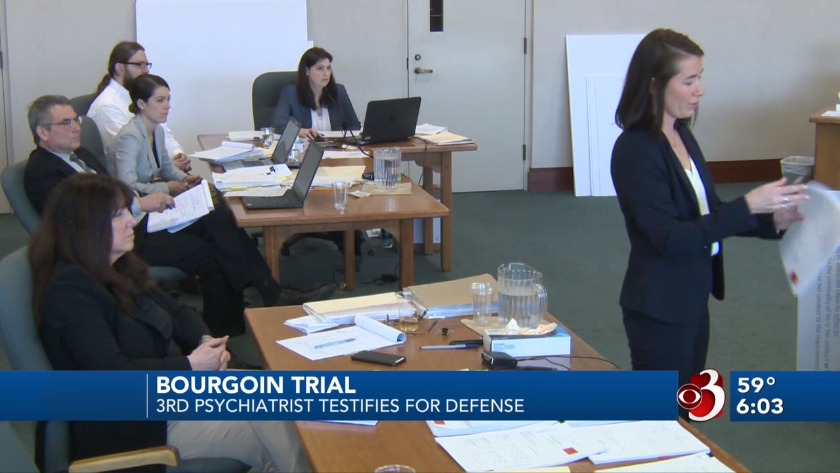 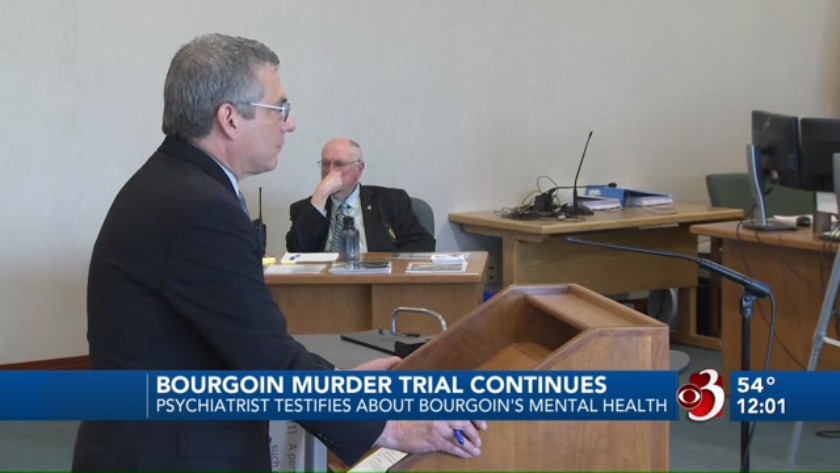 Psychiatrist breaks down why she believes Bourgoin was insane

BURLINGTON, Vt. (WCAX) Day eight of the Steven Bourgoin murder trial saw the defense put a third expert on the stand who believes Bourgoin can't be held responsible for the interstate crash that killed five teenagers.

And Wednesday's testimony might carry some extra weight for the jury. That's because Dr. Reena Kapoor was originally retained by the state as an expert witness. But when she concluded Bourgoin was insane at the time of the crash, the state dropped her and she was picked up by the defense. Wednesday, she told the jury about her findings.

"He was not able to reason the way you or I would because of those psychotic symptoms," Kapoor said.

The forensic psychiatrist testified for about three hours Wednesday morning. She said Bourgoin showed traits of borderline and paranoid personality disorder at the time of the crash, and Bourgoin's financial stress and custody battle contributed to his breakdown.

"Those stressors then triggered a psychotic episode, including paranoid ideation," Kapoor said.

Kapoor interviewed Bourgoin three times almost two years after the incident. She said it was a difficult case, citing the loss of life and the theory Bourgoin could have made up his explanation of what happened that night in October 2016.

"But ultimately, I thought that there was enough collateral data that supported his version of events consistent with psychosis," Kapoor said.

The defense has argued that Bourgoin thought he was part of a government mission and researched things in the government, as well as Julian Assange and clown threats.

Prosecutors highlighted that the time period of these searches in the fall of 2016 was consistent with what many Americans were also Googling during the 2016 presidential election, as well as what was going on here in Vermont.

The state says there were inconsistencies in Bourgoin's answers from Kapoor's interviews and questioned the reasoning for the final three-hour interview in January of this year.

"There were things that matched and others that didn't," Kapoor said.

Prosecutors also pointed out Bourgoin's use of THC oil and got Kapoor to admit that may be a contributing factor to psychosis. A deposition of one of Bourgoin's friends also revealed that he told her if he lost custody of his daughter, he would go off the deep end. This, in an effort to discredit the insanity defense.

Sarah George: He also told her that he'd just go crazy and do something dramatic, correct?
Dr. Reena Kapoor: Yes.

Bourgoin's former co-workers and a doctor who pulled over the night of the crash also testified.

Dr. Vincent Garbitelli said he didn't think Bourgoin was having a psychotic episode that night.

Co-workers said Bourgoin sometimes complained about how the business was run and said he should be making more money. But there was no indication he was having a mental breakdown according to workers who saw Bourgoin just hours before the crash.

Thursday, the defense will call experts to talk about cellphone records in an attempt to show Bourgoin was driving around following what he thought was some sort of government mission. We also expect to hear more digital forensic evidence.

Closing statements in the case are expected on Monday and the jury could start deliberating then, as well.