Weather got you down? It may be Seasonal Affective Disorder 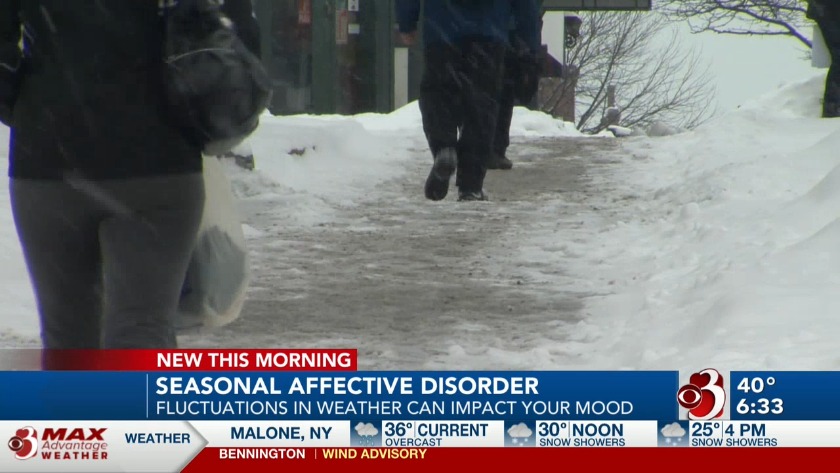 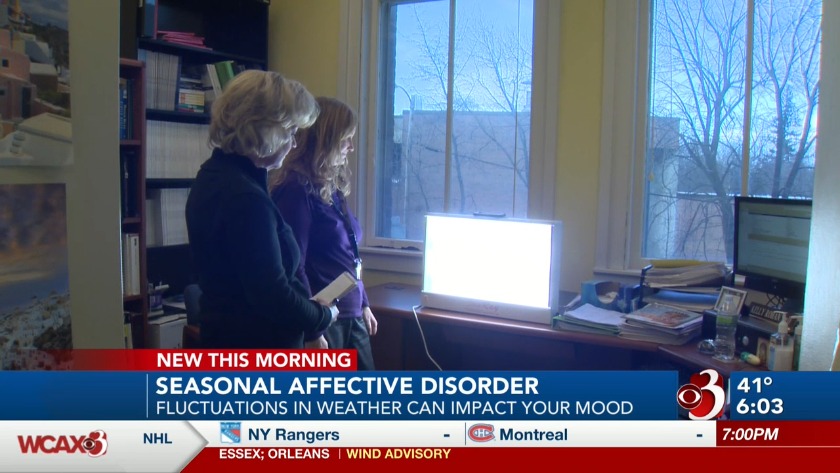 BURLINGTON, Vt. (WCAX) Winter storms, cloudy days and cold weather can really bum some people out. For others, it's a little more serious. Our Christina Guessferd spoke with a University of Vermont psychology professor about why this week may have been extra tough for people with Seasonal Affective Disorder, or SAD.

Psychological Science Professor Kelly Rohan says 87 SAD sufferers participating in her five-year study reported Monday's sunny, warmer weather elevated their moods, while the more recent gloomy, colder weather brought them back down. Rohan says day length is the strongest predictor of how a person living with SAD feels on any given day, above and beyond any weather-related variables like temperature, wind speed, cloud cover and the sun's brightness. But she says weather fluctuations can put SAD sufferers on an emotional roller coaster.

"I think it's rough when the weather swings as dramatically as it's been swinging for people with Seasonal Affective Disorder, in particular. They feel like they're in spring one day, and the next day it's back to winter. It's really hard to just go up and down. We would hope for a more even ride. Unfortunately, Mother Nature does not normally cooperate, especially here in Vermont, where we are all over the map as we make this transition," said Rohan.

Rohan says only year two of the five-year study, so it's too early to draw many conclusions from her findings. However, she says her past research is clear -- CBT is a better long-term solution to seasonal depression than light therapy.

That said, light does play an important role in SAD symptoms. Rohan says SAD sufferers will likely start to feel relief from those symptoms by the end of March or early April as we pick up more minutes of daylight.

"Stay in your routines, keep seeing people, keep engaging in hobbies, interests, doing things that are fun, seek out your natural anti-depressants, and be consistent in those," she said.

Rohan says people living with SAD can really benefit from staying as active and social as possible.