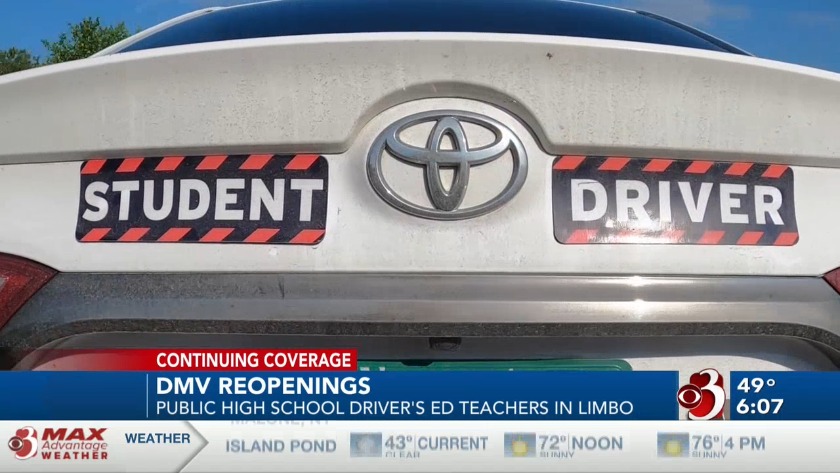 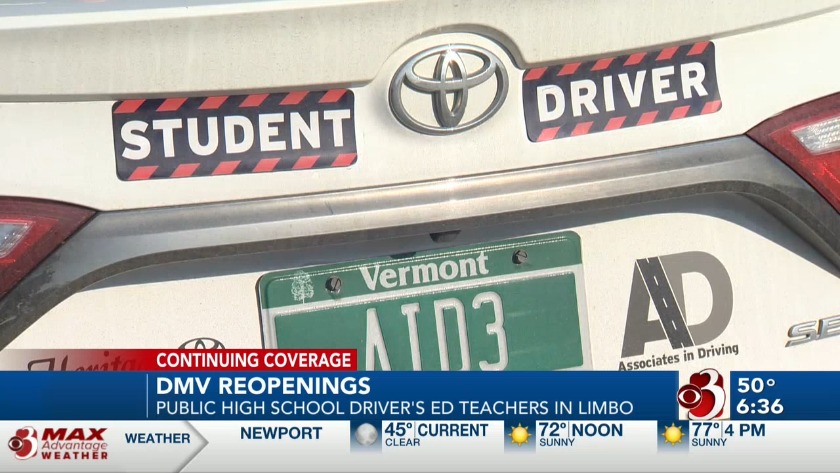 SOUTH BURLINGTON, Vt. (WCAX) The Vermont Department of Motor Vehicles has made progress rescheduling road tests canceled by the coronavirus, but there are still many public high school students and driver's ed teachers waiting to get back on the road.

Since DMV Commissioner Wanda Minoli announced her team's restart plans earlier this month, Vermont's three open DMVs in South Burlington, Montpelier and Rutland have been chipping away at the road test request backlog.

Minoli's plan also permitted private driver's education instructors to get back behind the wheel with students to complete their six hours of driving with a teacher in order to get a license. The additional six hours of observation time became the parent's responsibility.

While private commercial instructors are under the jurisdiction of the DMV, public high school instructors must follow guidance from the Agency of Education.

"In public schools, we don't charge students -- which I love. I love the fact that in Vermont, driver's education, which I believe is such an essential part of education, is free. What I like about that is everybody can take it at school and not have to worry about paying it," said Barbara Brody, with the Vermont Driver and Traffic Safety Education Association.

But Brody says this standstill defeats that purpose. According to Agency of Education rules, public high school teachers cannot be alone with a minor in a car or in the classroom, but COVID-19 restrictions will not allow another student in the car during those driving hours, who would usually be completing their observation hours simultaneously. Private school instructors are using an internal camera in lieu of a third-party observer, which Minoli has permitted.

Every high school in Vermont must offer free driver's ed, so instructors say they worry getting the go-ahead any later could cause huge issues, especially at larger schools with hundreds of students taught by only a couple teachers.

"Right now we're all on hold and waiting, and it's a little frustrating because we have a lot to do. And as soon as school restarts in the end of August, beginning of September, we're going to have a lot of new students, so the overload needs to happen in the summer so we can get that done before school starts," said Brody.

Brody says it's up to the Agency of Commerce and Community Development and the Department of Health to resume in-person instruction. Secretary Dan French said that on Friday his team was still working on a plan.

A student cannot take part of a course through a public high school and another part through a private commercial school. They must start and end with the same program.

Private school courses schools can cost more than $700. That means hundreds of Vermont students still don't know when they'll be able to take a road test.