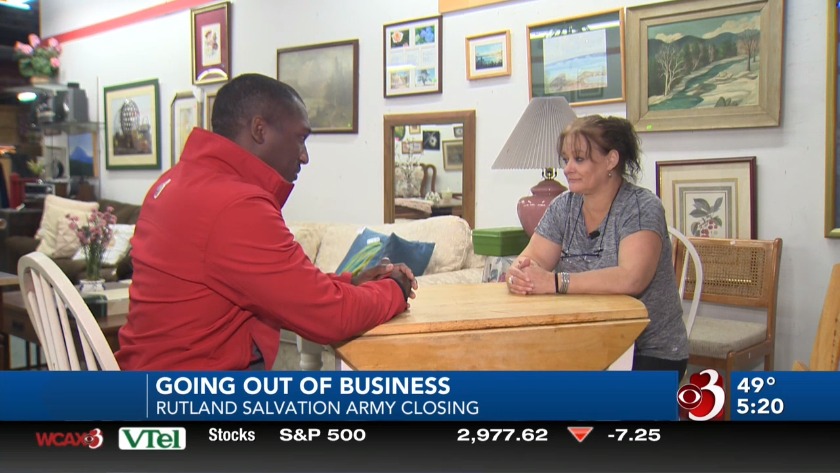 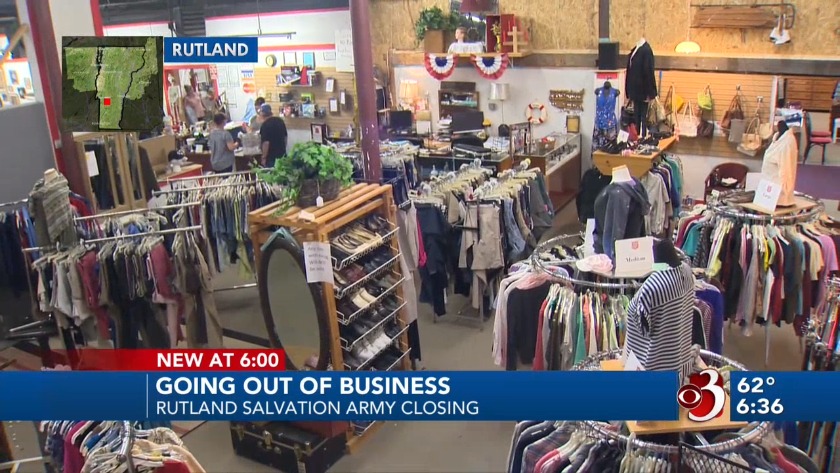 RUTLAND, Vt. (WCAX) The Salvation Army is shutting down in the next few weeks.

The manager says you have until Nov. 20 to shop there, but donations are no longer being accepted.

Our Connor Cyrus spoke with store manager Charlotte Klinger. She says the store is a special place and the community has been wonderful over the years volunteering and dropping off donations. But she says they don't make enough money.

"This isn't up to me. They're coming down from up north and it is someone who has no idea what goes on in this store and the needs from this community," said Klinger.

Although the thrift store will close, the Salvation Army corps will remain to continue providing social services and holiday assistance to those in need.

"I want the community to know that we fought and tried to keep this store open as best as we could. There are other things out there to help them. There is BROCK, Catholic Charities. Salvation Army is going to try to stay open as a food pantry," she said.

Klinger says the store will have a huge sale before it closes.

"We tried our best, it was not an easy decision. I have given my notice and I have a plan in effect but now I'm going to be here a little bit longer," said Klinger.