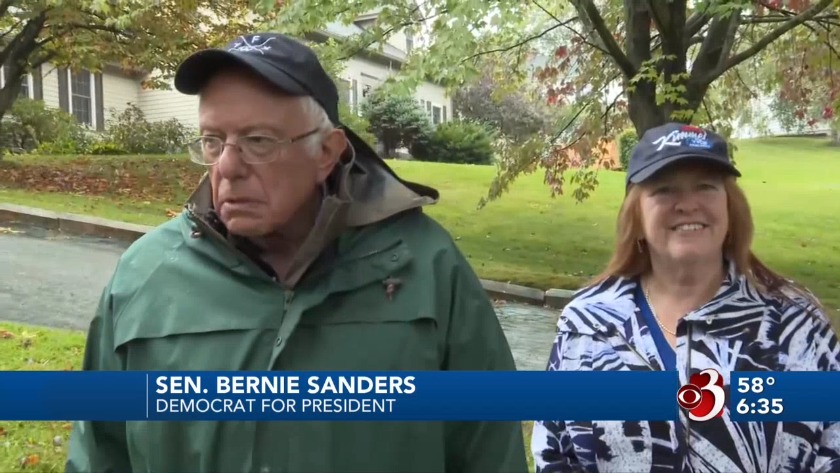 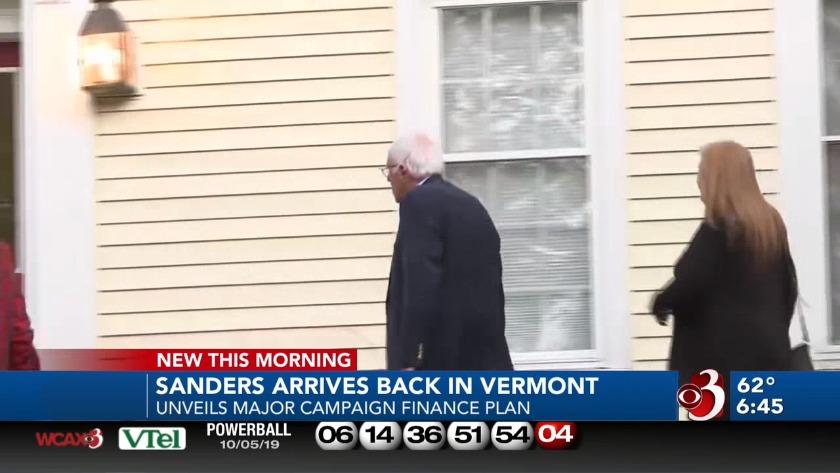 WASHINGTON (WCAX) A rainy day didn't stop Sen. Bernie Sanders from getting a little exercise following his heart attack and surgery after a campaign appearance in Nevada last week.

Sanders and his wife, Jane, were spotted Monday morning taking a stroll near their Burlington home.

The CDC says heart disease is the leading cause of death among men and women in the U.S. and accounts for 1 in every 4 deaths each year.

"I used to walk a good distance every day and I got out of that habit. I'm trying to get back into it so that's what I'm going to do right now," he said.

Sanders also would institute a lifetime lobbying prohibition for former members of Congress and senior staffers and ban advertising during presidential debates.

The senator plans to be at the next Democratic presidential debate next Tuesday.