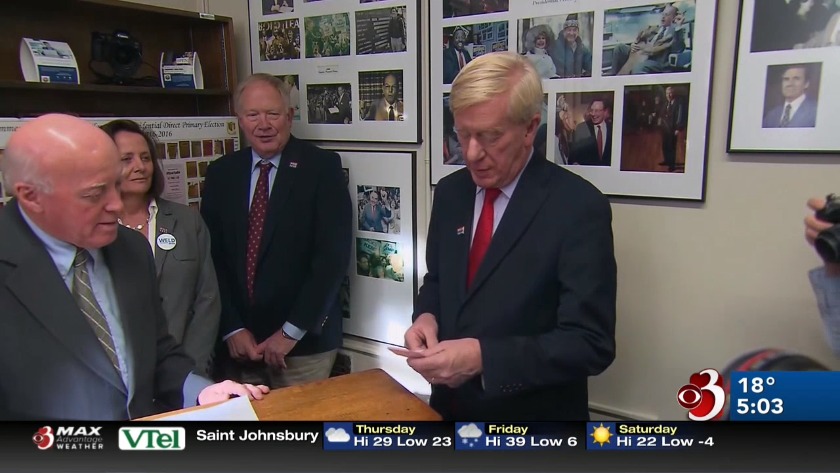 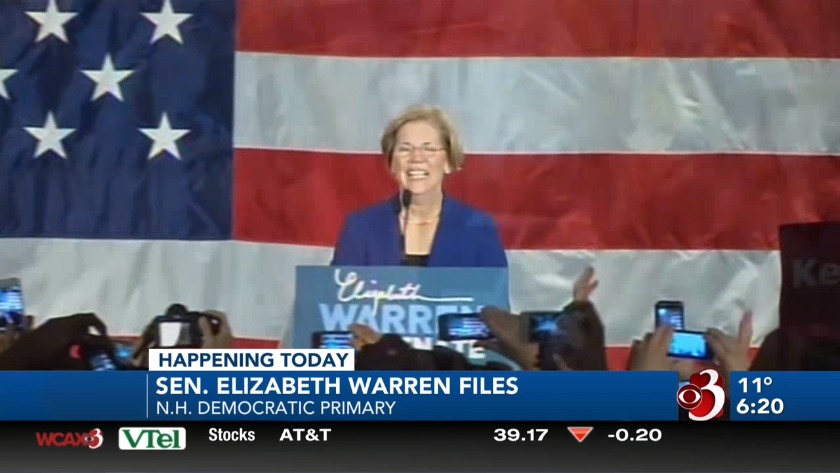 Sen. Elizabeth Warren to file in New Hampshire for the Democratic Primary

CONCORD, N.H. (WCAX) As impeachment proceedings turned up the heat on President Trump in Washington, Republican for president Bill Weld was in New Hampshire.

The former Massachusetts governor filed paperwork in Concord Wednesday to take on the president in the first-in-the-nation primary. Weld says if Trump were re-elected, it would be a tragedy for the country.

Senator Elizabeth Warren also made the trip to Concord before Friday's filing deadline. Fellow front-runners Bernie Sanders and Joe Biden already filed to be on the ballot.