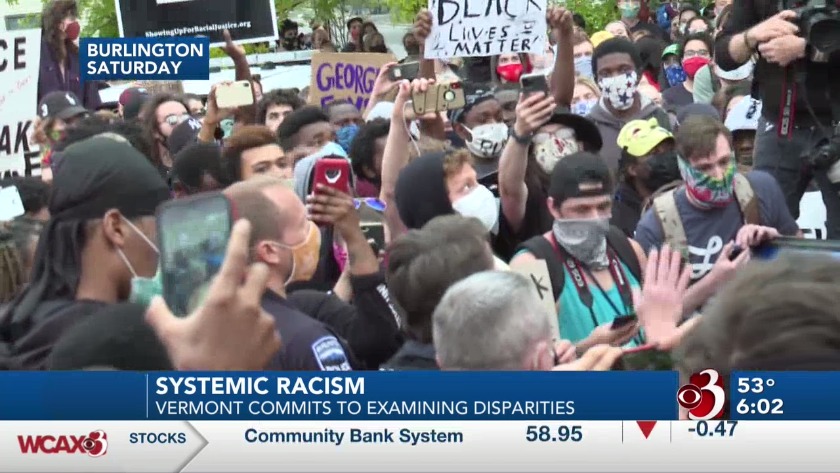 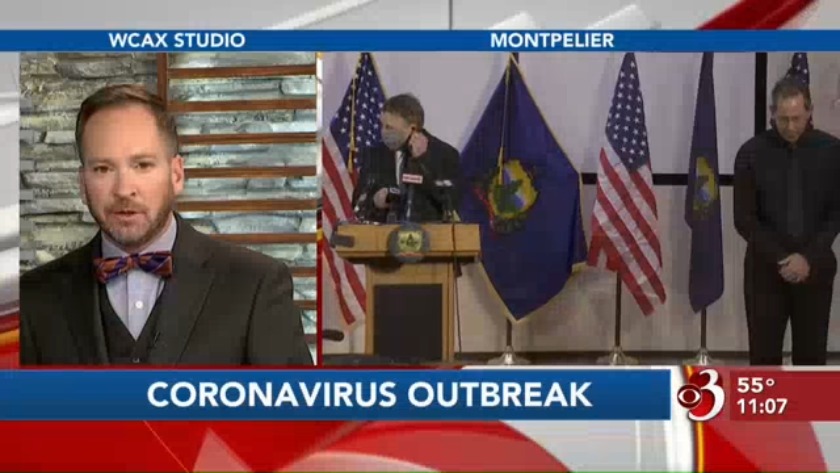 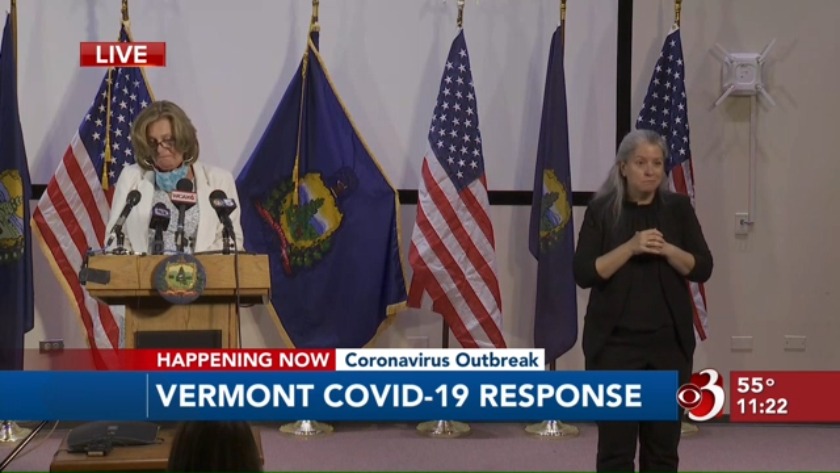 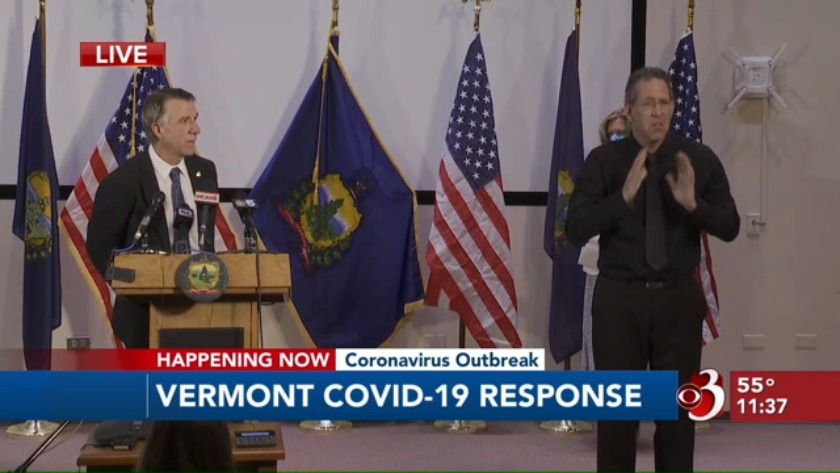 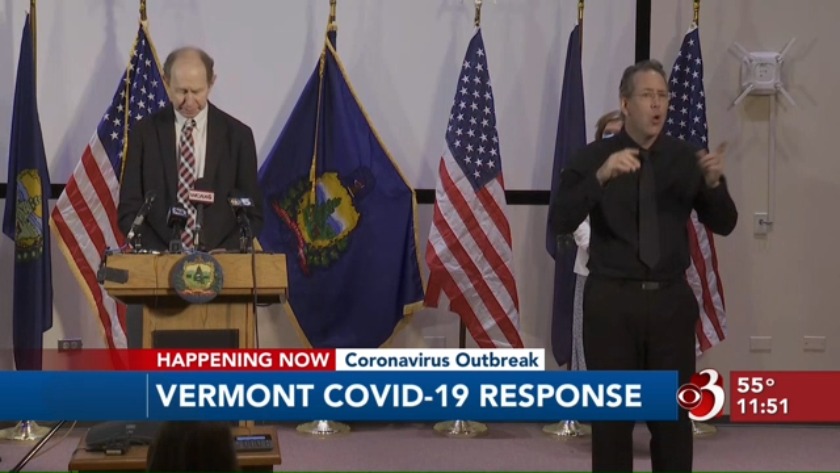 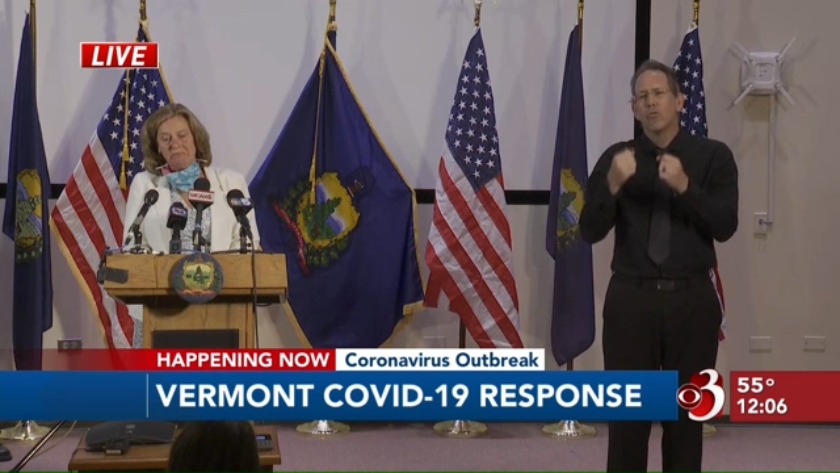 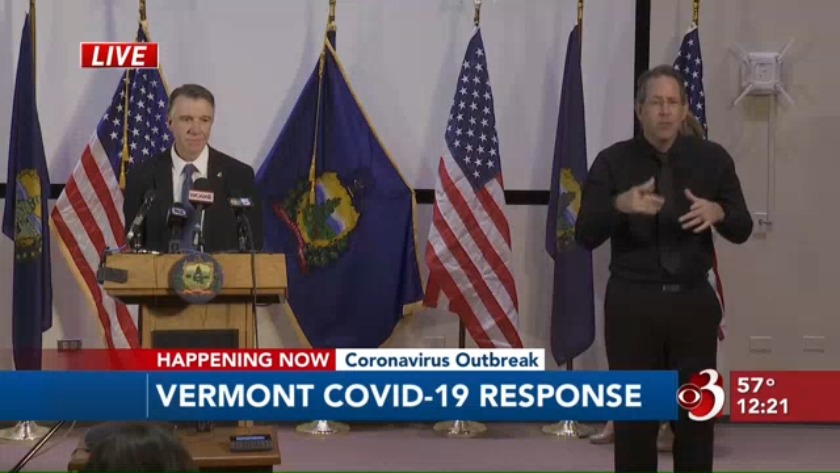 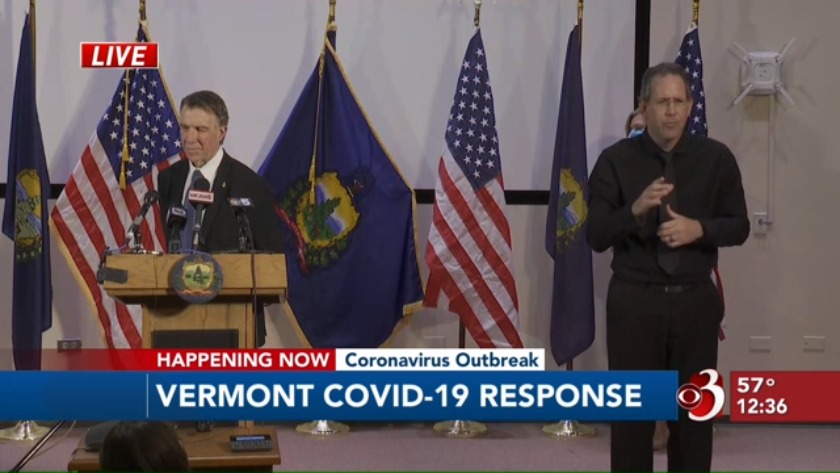 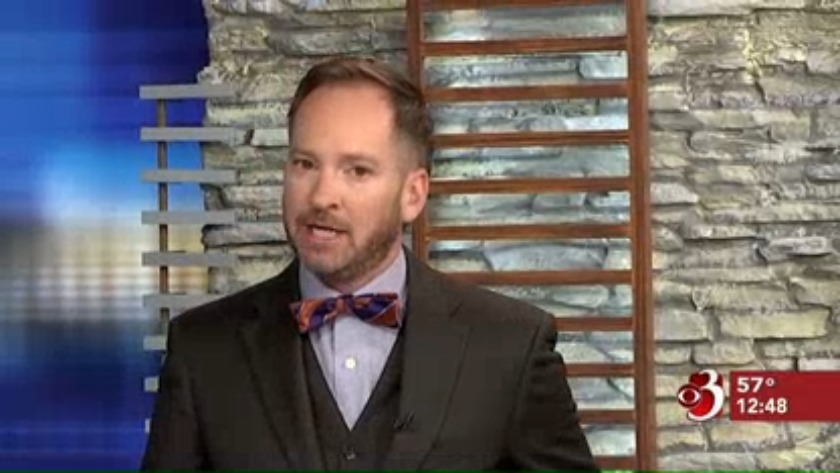 MONTPELIER, Vt. (WCAX) The killing of George Floyd, an unarmed black man in Minneapolis, continues to spark demonstrations across the country and raise questions about what needs to happen to help the nation heal. Vermont Gov. Phil Scott on Monday condemned the action of the officers.

"Mr. Floyd's death under their watch, under an officer's knee is barbaric and totally inexcusable," Scott said.

After a weekend of widespread demonstrations sparked by the killing of Floyd, the governor's Monday coronavirus briefing focused on healing race relations. Scott says the national tension is just the tip of the iceberg. "The actions that we're seeing in cities across the country is the result of decades -- actually centuries -- of calls for help that went unheard," he said.

He says Vermont isn't immune to racism either and is rolling out a racial equity task force to examine racial disparities in communities and in health systems, where Vermonters of color suffer from the highest rates of COVID-19 infection.

"Exposure to the virus due to a disproportionate representation in essential frontline jobs," said Vt. Health Commissioner Dr. Mark Levine. He also added that he applauded demonstrators in Vermont who were wearing masks over the weekend, but urged them to follow other health guidelines like social-distancing, to avoid accelerating the spread of COVID-19.

The task force will also address community issues and encourage minorities to run for elected office. But at the same time, law enforcement in Vermont is under the microscope about the use of force and circumstances surrounding deadly shootings. Vt. Public Safety Commissioner Michael Schirling says police are always looking for opportunities to improve through community outreach and more training.
"There's an openness to wanting new tools to engage with communities and to try to find ways to bridge these gaps which sometimes turn into chasms like we've seen over the last few days," Schirling said.

But in a system which leaders say privileges some and discriminates against others, state leaders say we have to actively seek out diversity and incorporate it into our lives. "Some of it happens because people come to us but when we recognize that we have a responsibility to seek out that greater exposure, it's incumbent upon us to make that greater effort," said Xusana Davis, who serves as the state's first executive director of racial equity.

Davis acknowledges that in a place that is so overwhelmingly white, it can be hard for Vermonters to grasp the racial upheaval they are seeing in the protests on TV. "The closeness and the gravity and the scale of what's happening is a bit lost on folks here in Vermont, however, there's so much that we can do from here and there's so much that we need to do. The fact is that a lot of Vermonters don't realize how important it is for our state to be more diverse and more welcoming," she said.

Davis says one thing to consider is the age demographics that show the future of Vermont is a state that is increasingly diverse. She says Vermont needs to do more to address equity issues now to be ready for that future.

The administration's racial equity task force will be presenting its findings in the coming weeks. In the meantime, officials say it will take some soul searching and personal reflection to make a difference in fighting racism.

SCOTT CALLS ON TRUMP TO TONE DOWN RHETORIC

Scott said he disagreed with President Trump calling for police to get tougher on protesters.

Trump told governors Monday, "You have to dominate. If you don't dominate, you're wasting your time. They're going to run over you. You're going to look like a bunch of jerks," Trump said. "It got so bad a few nights ago that people wouldn't have minded an occupying force. I wish we had an occupying force in there. But for some reason, I don't know what it is - governors don't like calling up the guard. When we have 350,000 plus in the National Guard and nobody wants to use them and their cities are ransacked and they're disgraced all over the world. All over the world, they're showing it."

"That's not how we do it in Vermont," Scott said. He said he'd only call in the Vermont Guard if local and state police were overwhelmed and public safety was in jeopardy. He said seeing Guard members move in could provoke even more violence.

Congresswoman Elise Stefanik, R-New York, shared her thoughts on George Floyd's death and the ensuing riots during a visit to a Plattsburgh business Monday.

She said the officers involved should be prosecuted to the fullest extent and that the country is grieving and Americans have the right to peacefully protest.

"They have a right to that freedom of speech, but what's deeply concerning is the anarchy that we are seeing in cities across this nation, the destruction of property. Small business owners are left with nothing. Homes are being raided and I believe it's important for our leaders to work together to have constructive dialogue and not this anarchist destruction," Stefanik said.

She said that she's spoken to police in the North Country and that the protests that happened there over the weekend were peaceful.

Burlington Mayor Miro Weinberger on Monday responded to Saturday’s protest in Battery Park over the weekend.

​At least 1,200 people marched Burlington Saturday to honor George Floyd and call for an end to abuse at the hands of police. Weinberger says he’s thankful people are taking a stand against racism. Some health officials are warning of a second wave of coronavirus cases due to the large protests. Weinberger says he shares that concern but was also pleased by how many people showed up.

He says the work the city’s special public safety committee to address policing has been put on hold due to the pandemic, but he's working with the city council to make sure this work advances.

A silent vigil was held in Rutland Monday evening to honor George Floyd and people of color who have died from the coronavirus.

During the first 20 minutes of the hour-long event, people lined the entire Main Street Park in Rutland. They stood peacefully with signs saying "Black Lives Matter," "With liberty and justice for all" and "end racism" among others. Cars drove by honking in support.

Mary Droege, the event's organizer, says the gathering is a time to reflect silently on the injustice in this country and a need for systematic change. "Racism will not end until white people step up and make it end. I've heard people say you can't expect people of color to end racism just like you can't expect nature to end climate change," she said.

The vigil was organized by the group Castleton Indivisible. Another peaceful protest is scheduled for this Sunday in Main Street Park all day.