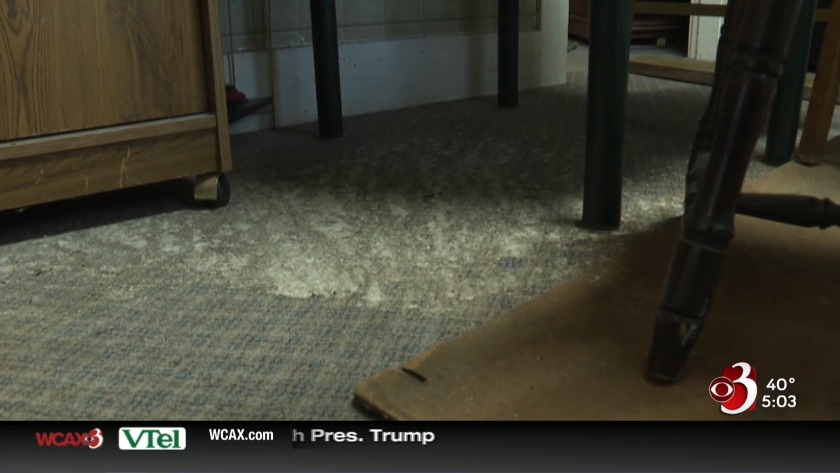 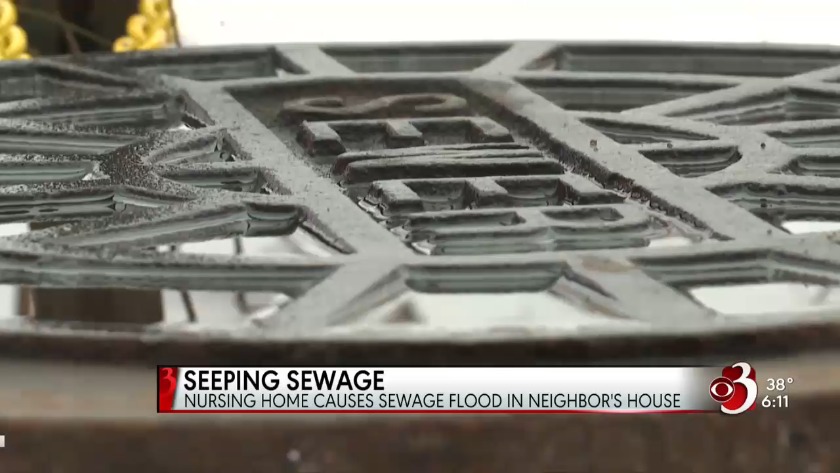 SPRINGFIELD, Vt. (WCAX) A Springfield man has spent the last three weeks in a motel room because his home was flooded with sewage, making it uninhabitable.

The house is on Chester Road right across from Springfield Health and Rehab. The town says the nursing home has been flushing adult diapers and cleaning rags for over 30 years in violation of a town ordinance. And that sent sewage pouring into Russell Grochowik's home.

"I wouldn't want to wish this on my worst enemy," Grochowik said.

Grochowik has proudly called the house home for the past 59 years. Now, he can hardly bear to walk inside.

"I came down my stairs at 9 a.m. I heard like a waterfall of water running. I looked around the corner and the bathtub was full of sewage and the toilet," he said.

Grochowik says at first glance, the damage doesn't look too bad, but that's because the sewage seeped through the kitchen tiles and bathroom floorboards into the cellar below. And he says a lot of it ran into the heating vents, which caused so much pressure in the duct work, that one attachment ripped right off the ceiling.

"It was running out just like a tidal wave," he said.

The sewage pipeline for the nursing home across the street is connected to Grochowik's home by a manhole. In the manhole is a mesh basket intended to catch diapers and rags before they get into the town's pipeline.

"They're supposed to come down daily and check it. The town tells them to. They don't do it," Grochowik said.

That violates a town ordinance dating back to the 1970s. According to minutes from a town meeting Dec. 26, Public Works Director Jeff Strong said the town had not been enforcing the ordinance for years.

But after the most recent overflow, the town ordered the nursing home to come up with a new system to catch flushed materials.

"It's not functioning well enough, and that's why we've asked them-- you got to do a much better job, redesign something that specifically meets the industry standards and will prevent this totally," said Tom Yennerell, Springfield's town manager. "And they're working on that. They have an engineer on site who's been working with the public works department."

"Even though the town of Springfield did nothing wrong, we are actively working with Mr. Grochowik to try to deliver proceeds to him that would enable him to clean up and move past this situation," Yennerell said.

"Because that doesn't even pay for my hardship," he said.

WCAX News asked the Springfield Health and Rehab Center what it's going to do about Grochowik's home. A spokesperson for the facility said in a statement, "We commenced investigation, which is currently still ongoing, to determine the cause of the backup... In the meantime, as a good neighbor, we have been providing temporary residence for the homeowner."

For now, Grochowik says he is staying at a hotel down the street, but he has no idea how long that will last. Plus, he's asking the Department of Environmental Conservation to check if his home is even salvageable.

And Grochowik says this is not the first time his home has overflowed with sewage stemming from a blockage in the nursing home's pipes. He says it happened in the mid-1990s, but back then, both the town and the nursing home claimed liability and paid 50-50 on the damages.

Now, Grochowik says he will sue for pain and suffering and damages to his home.

"Someone's going to pay, one way or another," he said.