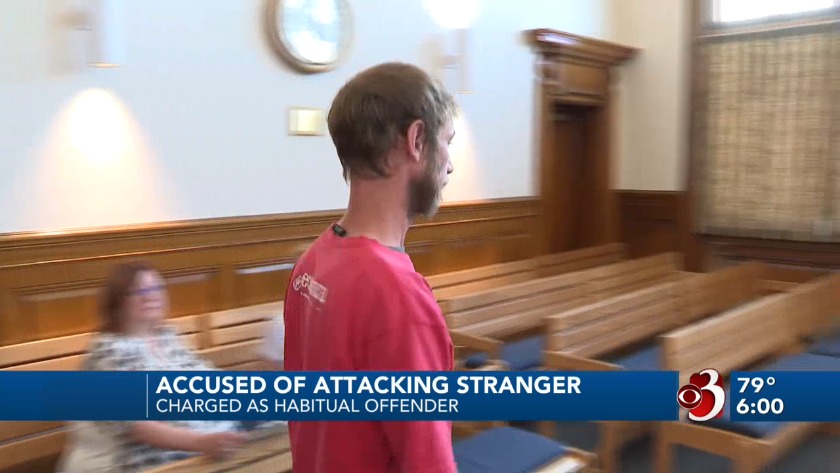 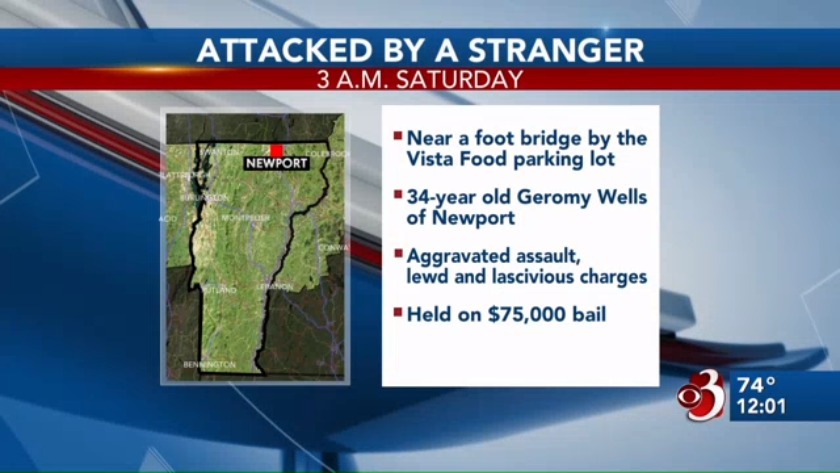 NEWPORT, Vt. (WCAX) A Brownington repeat offender faces up to life behind bars following the alleged violent assault of a woman in Newport Saturday.

"Lewd and lascivious -- it is the forcible grabbing of the victim's private areas. It's enhanced to a habitual offender because he has more than three previous felony convictions," said Orleans County State's Attorney Jennifer Barrett.

The alleged crime happened near a foot bridge just off Main Street. Authorities say Wells did not know the victim, though the two had crossed paths earlier that night.

"They were on the bike path, or in the area of downtown Newport, and they had come across each other. They observed that he was drinking. She was with one other person at that time. She had separated from that other person and that is when the assault occurred," Barrett said.

Wells currently has a pending aggravated assault with a weapon charge in Lamoille County, but prosecutors say the 34-year-old's violent past dates back even further, including a sexual assault against a victim under the age of 16. "His previous sex offense, his previous felony failure to comply with the sex offender registry, and he has two other felonies," Barrett said.

Because Wells is being charged as a habitual offender, he faces the possibility of life behind bars. He is currently being held without bail until his next court date.

Editor's note: A previous version of this story reported that police said Wells was a registered sex offender. Newport police issued a press release Monday saying that was incorrect.