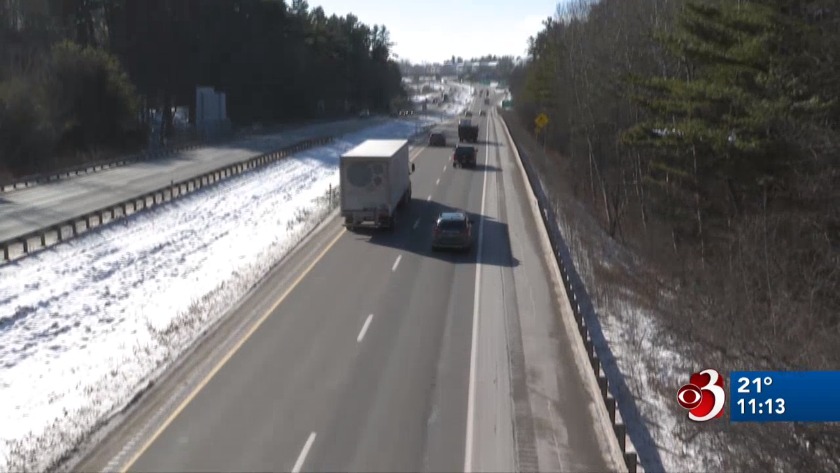 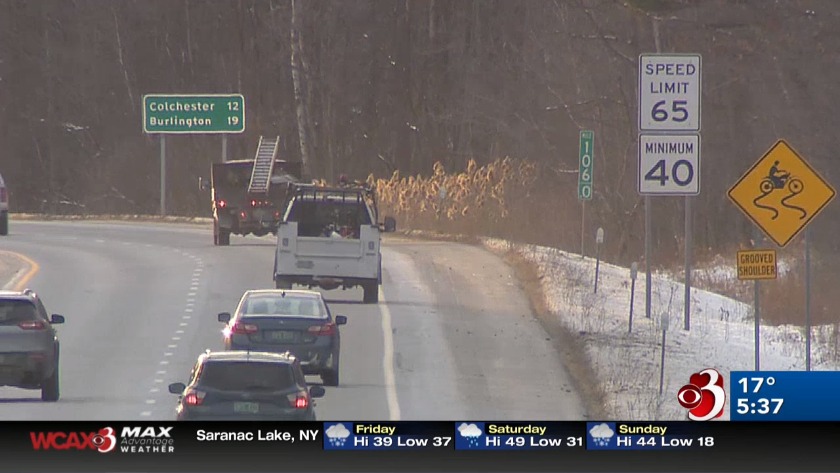 BURLINGTON, Vt. (WCAX) Some Vermont lawmakers are pitching a bill to lower the statewide speed limit on major highways from 65 mph to 55 mph. The idea is just being floated now, with supporters saying it aims to cut crashes, save fuel and help with climate change. Our Ike Bendavid found mixed reactions on the road.

In Vermont, the top highway speed limit currently sits at 65 mph. But in New York and New Hampshire, it's at 70 mph.

Dropping down to 55 mph has happened before and would be a big change for drivers.

"I would actually like to see it increased to 70 like in New Hampshire," said Miranda Davison of Hardwick.

But with lawmakers looking at ways to combat climate change, one idea that has surfaced is for drivers to slow down to a maximum of 55 mph.

Many drivers we talked to were skeptical.

"I don't think it's a good idea because people are going to go the speed they want anyway," Davison said.

"I think it should stay where it is. If you lower it, people are still going to speed," said Kelli Flood of Colchester.

No proposal has officially been introduced in Montpelier but supporters may be counting on Vermonters' concerns about climate change.

"I am a supporter of doing anything I can to reduce the burning of fossil fuels," said Collette Foster of Hardwick.

A lower speed limit has been tried before. In the '70s, Congress reduced the speed limit to 55 mph nationally to help cut fuel consumption during the energy crisis. The 55 cap was lifted in the '90s. This time, the idea is also energy-related, aimed at reducing fuel consumption and carbon emissions.

"I was alive when the speed limit was reduced to 70 to 55 back in the day during the oil crisis and I know that it does save fuel use," Foster said.

"I have never thought about it in those terms," said Cortland Johnson of Waterbury. "Any way we can reduce greenhouse gases has got to be a little helpful."

Again, there is no official proposal but Williston Rep. Jim McCullough is pushing the concept and it has already been discussed in the House Transportation Committee. McCullough told WCAX News on Thursday that he knows the idea is controversial, but he plans to introduce a bill and is hopeful it will pass.