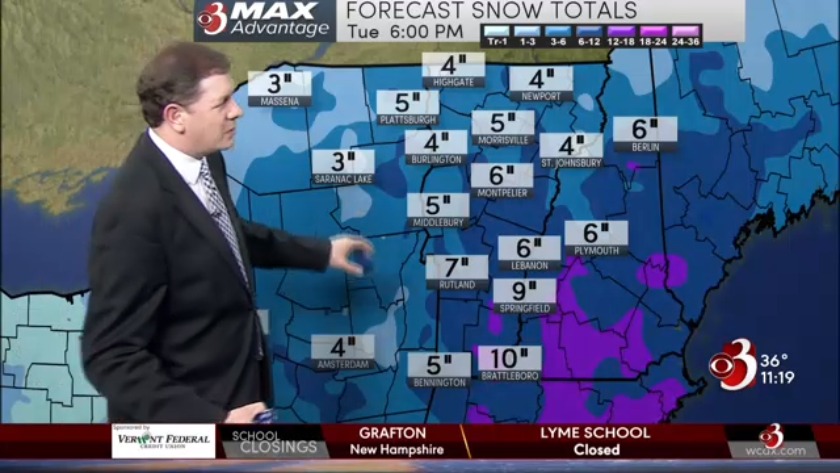 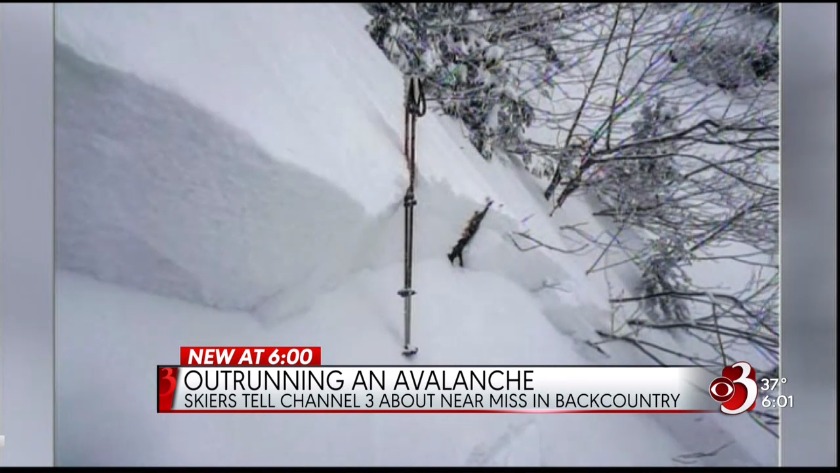 STOWE, Vt. (WCAX) Monday afternoon, Aaron Rice and Cyril Brunner geared up for an evening of backcountry skiing on Mount Mansfield. This, just hours after they nearly got buried in an avalanche Sunday.

"On his second turn the whole thing kind of fractured," Rice said.

They say while testing the backcountry snow, an avalanche formed on their chute.

"When I turned around I could see that the whole slope had just gone behind me, and all I saw was my friends who are just staring at me and staring at the slope go down," Brunner said.

"Two of us were looking straight down the whole chute, which is almost 1,200 or 1,300-feet long. And we just saw the avalanche gain speed and a huge powder cloud form. So it was going," Rice said.

The skiers say they relied on their years of experience to get to the side of the trail, and to safety.

"I flipped from this relaxed East Coast mode to like, oh, this is avalanche terrain, like we have to get out of here now," Rice said.

Stowe Mountain Rescue's Doug Veliko says avalanches do happen in Vermont, but not on the ski trails. It's backcountry skiers who usually encounter them.

"The forces of the skier on the snowpack just adds another set of forces that trigger an avalanche," Veliko said.

He says prime avalanche conditions are when warm temperatures and recent rainfall create an ice layer at the bottom of the snowpack in addition to fresh snow.

For these skiers, it was an eye-opening experience of how quick Mother Nature can come crashing down.

"I would have probably been thrown through some trees. I would have certainly gone over a hundred-foot waterfall and been buried in a significant amount of snow and I wouldn't be here today," Brunner said.

But they're not taking any chances this time, bringing their tools just in case.