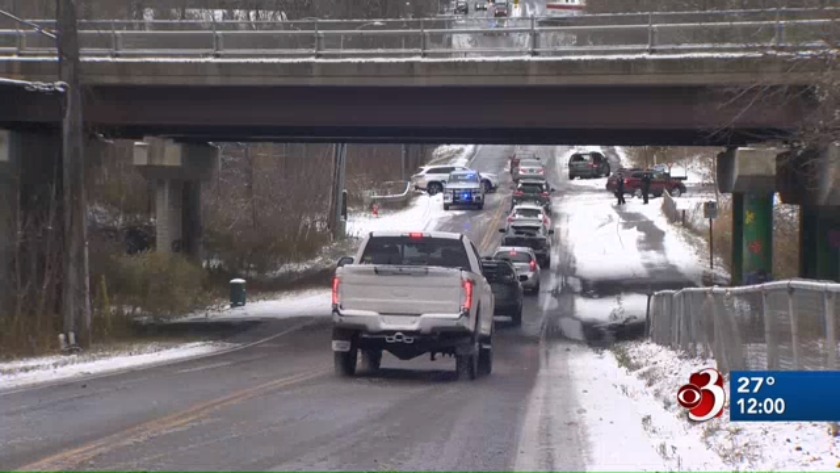 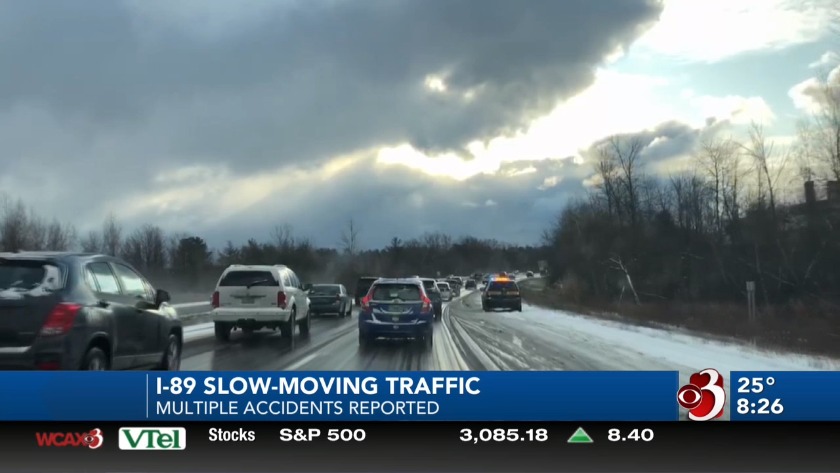 In the Burlington area, police reported numerous crashes. One three-car crash on Dorset Street in South Burlington closed down a busy portion of the road for more than an hour. Police say an SUV coming down Grandview Drive lost control on the hill and slammed into a minivan at the intersection. No one was hurt but two of the cars were severely damaged.

Police say it took a while for a tow truck to get to the scene because they were busy attending to other accidents in the area. "It's just the weather. We got hit very quickly with the snow. It built up, creating some road hazards. I think certain people weren't prepared for the weather to be coming today like it did," said South Burlington Police Sgt. Dave MacDonough.

A multi-car crash on I-89 near Exit 16 in Colchester also caused some delays.

Vermont State Police say they also responded to numerous crashes statewide due to slick conditions. They encourage drivers to get their snow tires on right away and always slow down during bad weather.

And so it begins! #WinterIsHere and this week's #FridayFeeling looks about like this. Let's recognize the hard work of @AOTVermont to keep our roads clear...with more automated methods than these, of course! #vthistory pic.twitter.com/DBAZne8yc8