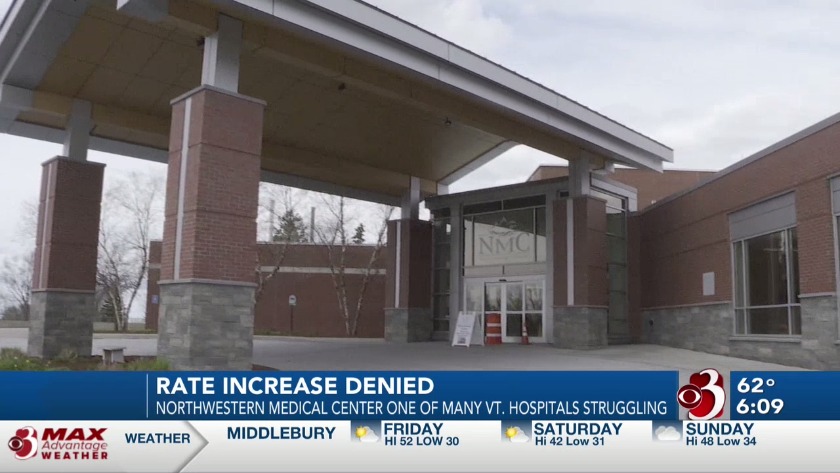 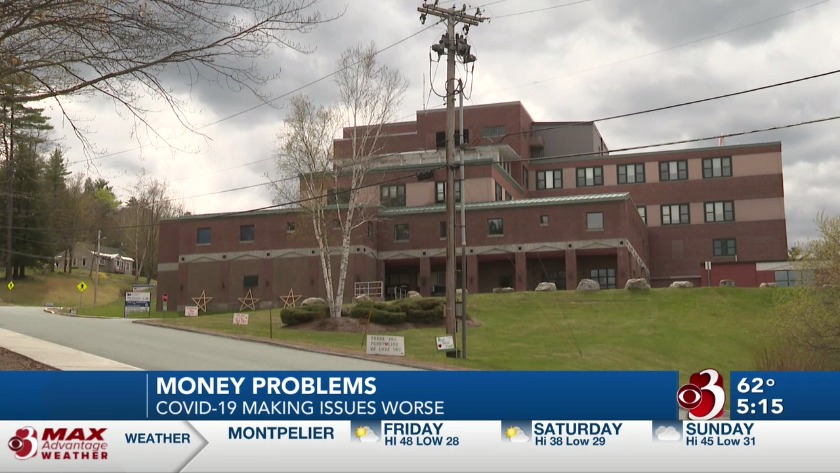 If you ask Springfield residents why they support their local hospital, they will likely give two reasons -- its economic impact and local access to health care.

"It means that people can be taken care of locally and that we can be close to our loved ones when times are not so good for them," said Brenda Markwell, a lifelong resident who knows the facility well. "All those people with jobs, it all trickles down."

Mounting debt forced the hospital to file for bankruptcy in 2019. "Even though through some difficult financial times, which a lot of hospitals are experiencing, we have been here for the community," said Mike Halstead, the hospital's interim CEO.

He says the COVID-related shut down of elective surgeries and procedures in mid-March was a major blow. "Tests for people's MRI procedures and CT scans that we couldn't do and those are a good revenue generator for us," Halstead said.

To keep the hospital open and frontline workers employed, the organization needs a forgivable PPP loan from the Small Business Administration. A lawsuit was filed against the government because businesses in bankruptcy weren't eligible.

"It's our responsibility to be able to take every advantage to get access to those monies," Halstead said.

A judge recently ruled in the hospital's favor, saying it shouldn't be denied access to the money, although the roughly $3 million loan has yet to be secured.

"Obviously every hospital is in financial trouble but because Springfield was is a precarious financial situation going into the crisis, they are the ones most at risk," said Kevin Mullin with the Green Mountain Care Board.

He says the hospital needs to explore all available options to right the ship, including possible partnerships with other health systems. Meanwhile, residents are simply looking for more of the same.

"Everybody needs that hospital -- for health care, for the jobs, just for the security of knowing it's there," Markwell said.

As for the bankruptcy process, Halstead said say they are working on an exit strategy which they plan to present in the next two months and they say they are confident they will come out on the other side of the financial difficulties stronger.

Meanwhile, the Northwestern Medical Center in St. Albans, which has lost about $15-million over the last three years, was recently denied a rate increase by the Green Mountain Care Board.

Four years ago, times were good at Northwestern Medical Center. The hospital was enjoying a surplus. Then the state cut their rates and it's been trouble ever since, according to the hospital's Jonathan Billings.

"Our hospital has experienced significant losses in the millions of dollars each of the last three years," he said.

Around $15 million to be exact, and they're expected to lose another $9 million when this year is over. Adding to the cost is the transition to electronic medical records and the use of expensive traveling nurses. "The trajectory of loses is alarming and needs to be addressed," Billings said.

A 5.9% rate increase already went into effect this year for some services and in April the hospital asked the Green Mountain Care Board for another 14.9% increase. It's part of a 10-point plan NMC put together to get back in good financial health.

"We have appropriate reserves to continue to keep the doors open, but those reserves are dwindling and we need to act," Billings said.

All Vermont hospitals are in precarious financial situations right now," said Kevin Mullin, chair of the Green Mountain Care Board. He says the board denied the request because they didn't believe NMC proved their overall case for an additional increase this year. "Some people pointed out that it's unusual to do a temporary financial problem with a permanent rate increase," Mullin said. He says it's also unclear if insurance companies would agree to an increase.

Billings says the denial puts impacts all the services they offer. "We will continue to be a hospital in the community, but we may look very different moving forward," he said.

That's likely for many Vermont hospitals after the pandemic. Mullin says they're all operating in the red, and patients may have to foot some of the bill in the form of higher rates to get them back on track. The board will look at budgets and rate increases this summer.

"We have to make sure Vermonters aren't getting whiplashed by huge increases, so this is going to be one of the most difficult summers that you can imagine," Mullin said.