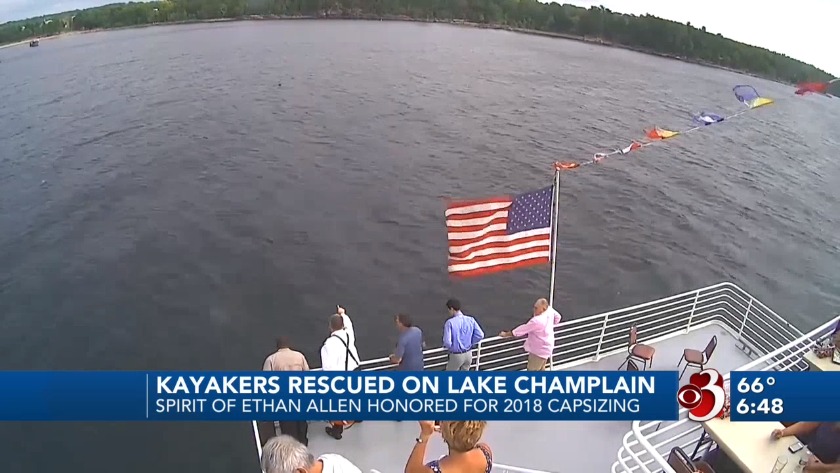 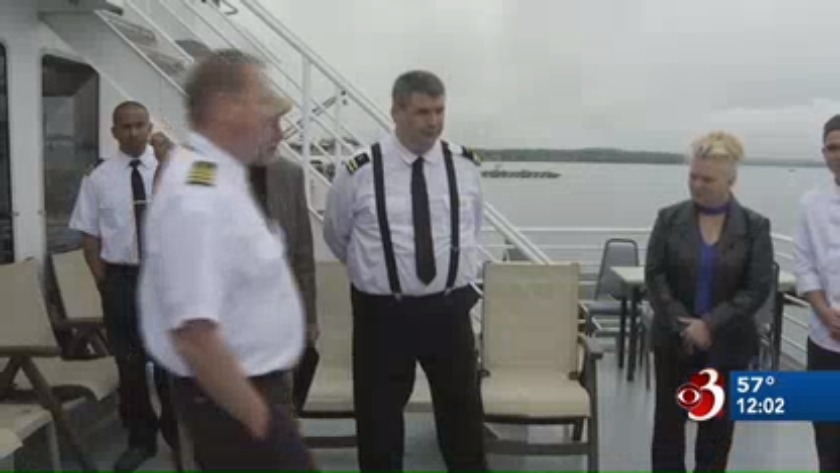 BURLINGTON, Vt. (WCAX) Six members of the Spirit of Ethan Allen were recognized by the U.S. Coast Guard for their role in the rescue of two capsized kayakers on Lake Champlain.

"These boaters were in dire circumstances and may not be alive today if it were not for you and your well-trained crew," U.S. Coast Guard Marine Inspector Ed Green told those gathered on deck Wednesday to the honor six crew members.

"Me and Shannon noticed a life jacket just floating all by itself," recalled ship's Captain John Carter.

The security video captured the ensuing rescue on camera. Carter says it was a windy September afternoon on Lake Champlain last year. With a wedding reception on board, the crew spotted a man in distress, struggling to get on his kayak near Rock Dunder, a tiny island between Shelburne Point and Juniper Island that can be seen from shore. "You're never going to expect it, and every circumstance is going to be different," Carter said.

Then they spotted a second person. "I went out to check my surroundings. When I did, I saw there was a female in the water," said bartender and deckhand Rick Sturtevant. He says he immediately did what he was taught -- point at the person in distress. "If you're not pointing and that person goes under, you're not going to find them. Because everything looks the same on the water."

Sturtevant's work led other kayakers to the woman, who helped her until the Coast Guard arrived. Meanwhile, his crew helped the man by throwing a life ring and bringing him safely onboard. "Everybody stepped up and we did a great job doing it," Carter said.

The captain and crew say they are always ready for the unexpected.

"If it wasn't for your team, two people may not be here today," Green said.