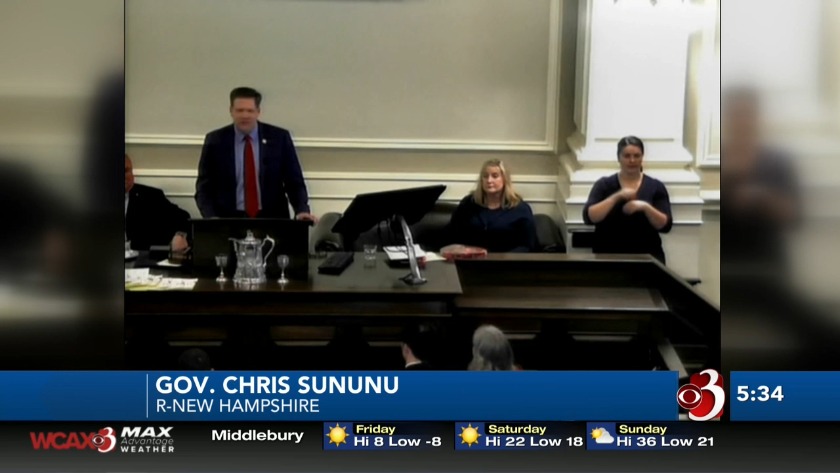 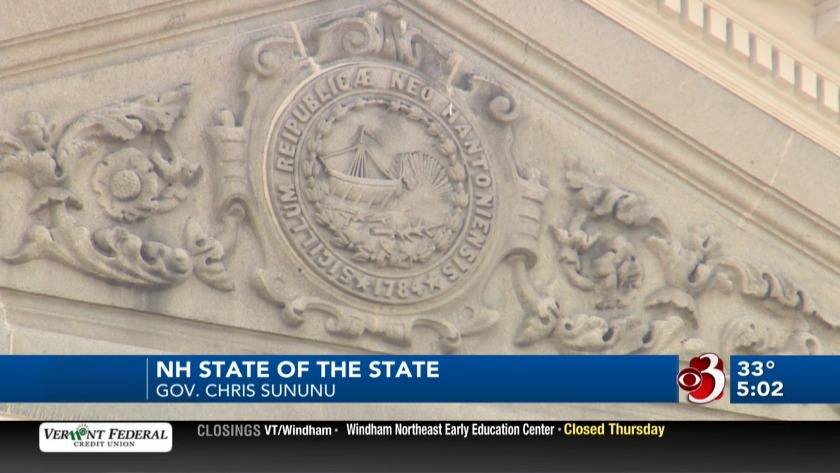 Sununu to give his State of the State address

Sununu started by saying the Granite State does things a little differently than other states.

"We challenge ourselves to find innovative solutions. We don't subscribe to a one-size-fits-all approach and that has allowed our state to be stronger and better than ever before," said Sununu, R-New Hampshire.

He also spoke about lawmakers coming together for a new budget. And said he was proud lawmakers did not make financial promises they could not keep.

Sununu addressed the successful turnout at primary stations this past week, adding that more and more young people have been moving to the state for its softer tax laws.

He also spoke about what he called recent victories on the environmental front, those included the Granite State's refusal to join the regional-- and controversial-- Transportation and Climate Initiative.

"When other states tried to shake down our residents for hundreds of millions of dollars in a gas tax they called TCI, essentially a scheme to pay off failing and crumbling public transportation infrastructure in other states, we were the first state to stand up and say absolutely not," Sununu said.

In December, Sununu announced New Hampshire will not participate in the initiative because he said drivers would be forced to pay more for gas with "little environmental benefit to the state."