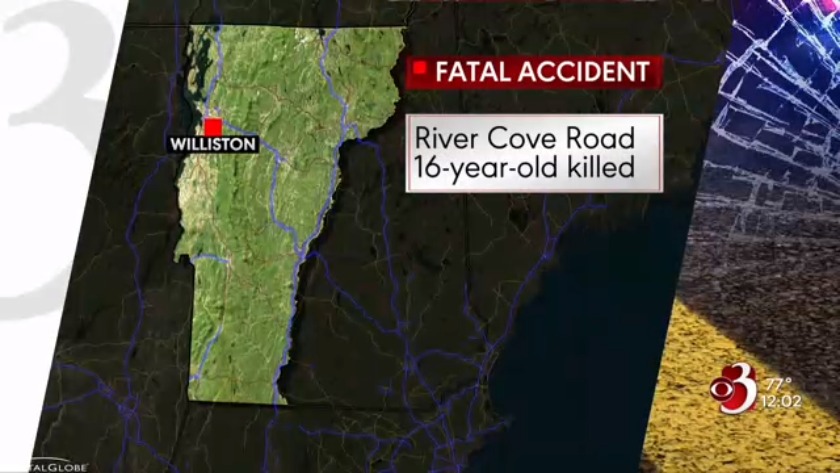 WILLISTON, Vt. (WCAX) Police have released the name of the Williston teen killed in a car crash Thursday afternoon.

It happened on River Cove Road just before 2 p.m. Police say they responded to a single-car crash and found Solomon Jenkins, 16, seriously injured. He later died at the hospital.

Police say the driver of the car, McKenna Raymond, 15, of Williston, was treated at UVM Medical Center and released Thursday night.

Police say the Toyota Rav4 was headed west when Raymond apparently lost control of the car and hit a tree, entrapping Jenkins in the car.

Police have seized the car and applied for a search warrant. There's no word yet about any charges against the driver.

The car is registered to Nicole Jenkins of Williston.

Vermont law requires 15-year-old drivers to have a learner's permit and to be accompanied by a parent or adult 25 or older, among other restrictions.