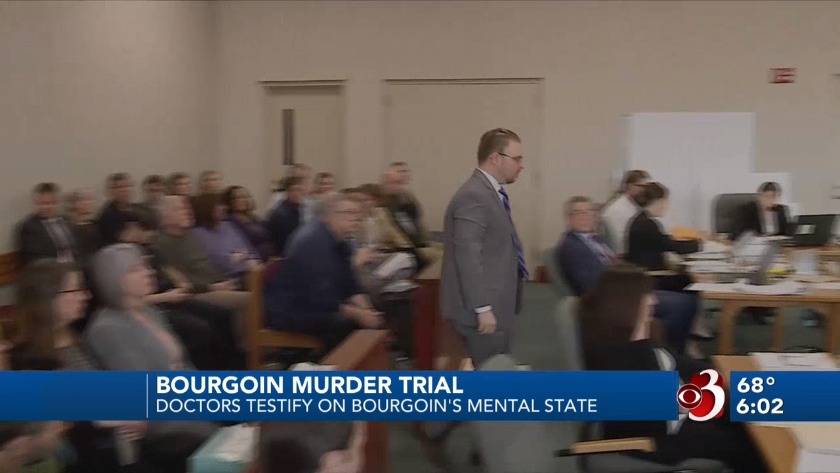 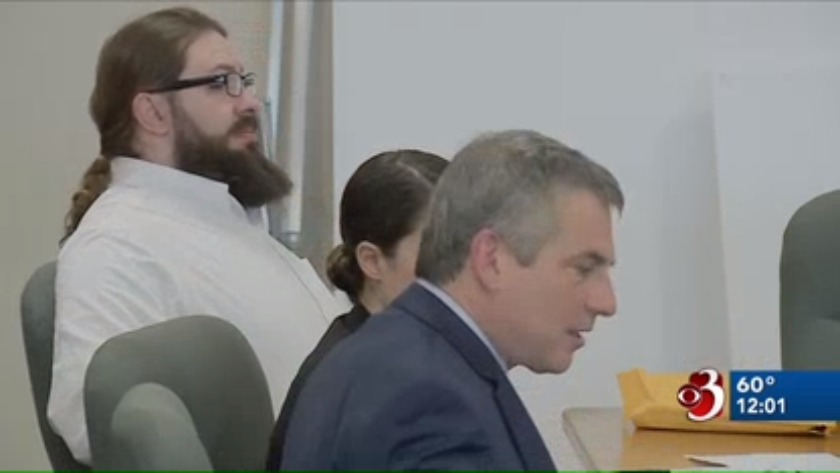 Trooper testifies on what police found in Bourgoin's computer

BURLINGTON, Vt. (WCAX) Key testimony for the prosecution Friday in the Steven Bourgoin murder trial. The jury heard from a psychiatrist who believes Bourgoin was sane at the time of the wrong-way crash that killed five teens.

Dr. Paul Cotton evaluated Bourgoin just two months after that deadly wrong-way crash. In his opinion, Cotton says Bourgoin suffers from what he called an adjustment disorder. Cotton says that is a condition of distress arising from a variety of stressors, like the financial, relationship and child custody issues described earlier in the trial.

Cotton also noted Bourgoin's seemingly normal actions at work, and contact with friends in the days and hours before the crash. It led him to conclude that Bourgoin's problems were not the result of a mental disease.

Dr. Paul Cotton: He was not suffering from mental diseases at the time of the crashes.
Chittenden County Prosecutor Sarah George: And therefore you have an opinion on whether or not he lacked the adequate capacity to either appreciate the criminality of his conduct or conform his conduct to the requirement of the law?
Dr. Paul Cotton: I believe he did not lack the capacity to appreciate the criminality or conform his conduct.

The state also questioned Dr. Steven Runyan. Runyan is a psychiatrist who examined Bourgoin just days after the crash. He assessed Bourgoin to determine if the crash was a suicide attempt, which Bourgoin denied.

Runyan said he also found inconsistencies in some of Bourgoin's responses and found it noteworthy that Bourgoin, at one point, forgot his own name when being evaluated.

"Forgetting one's own full name is-- unless you're in the final stages of dementia-- is unheard of. So, that one really stood out to me that day," Runyan said.

Runyan says he saw no signs of psychosis, mania, delusions or hallucinations in Bourgoin.

On cross-examination, the defense made the point that Bourgoin may have been hesitant to answer questions with a police officer constantly present in his room and pointed out that some of the doctors only met with Bourgoin for less than an hour.

The defense will cross-examine Cotton on Monday. After the cross-examination on Monday, both sides will make their closing arguments and the case will then go to the jury for deliberations.

TROOPER TESTIFIES ON WHAT POLICE FOUND IN BOURGOIN'S COMPUTER

Before the jury entered the courtroom Friday, the defense objected to information that was to be presented by the state. But the judge found the evidence could be presented. That evidence was data from a computer found in Bourgoin's home.

Vermont State Police Det. Sgt. Eric Jollymore analyzed the computer's activity in the week leading up to the deadly wrong-way crash. There were more than 500 data points that were found, which is on the lower side of average, according to Jollymore. There were more than 50 Google searches, several Wikipedia searches and other files accessed during the first week of October 2016.

The expert said the searches found were not unusual. He was asked about searches on government conspiracies, as the defense says Bourgoin made those searches leading up to the crash.

Chittenden County Prosecutor Sarah George: Did you find any of those search results in your analysis?
Det. Sgt. Eric Jollymore: No, I didn't.

What wasn't clear, though, was if detectives could see exactly what Bourgoin was searching for. It was clear the computer connected to Google but it wasn't clear if investigators could determine what exactly was being searched in the data.