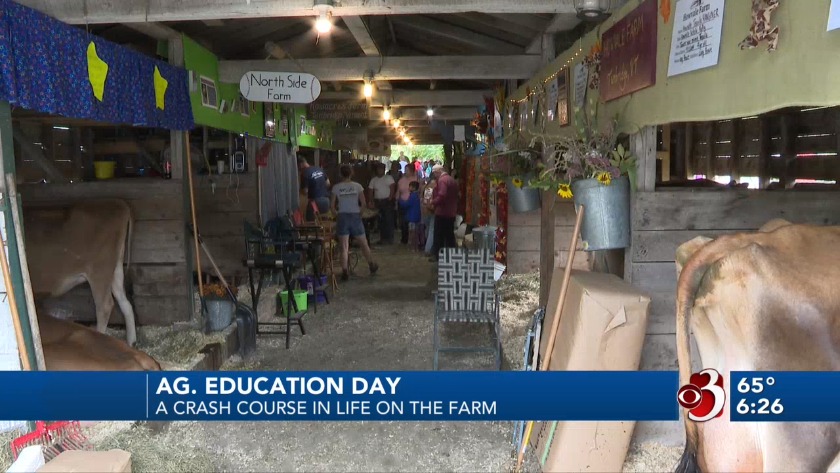 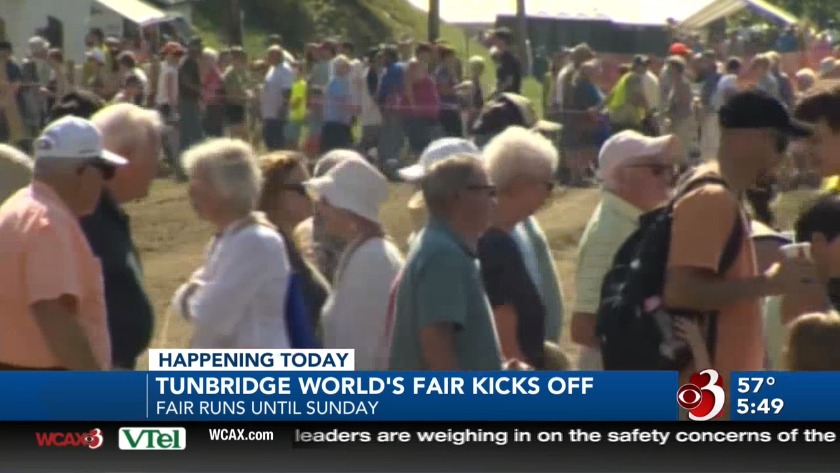 TUNBRIDGE, Vt. (WCAX) The Tunbridge World's Fair has been entertaining the masses since 1867. The fair is known for its agriculture and every year, a day is dedicated to the kids.

Pig racing is a big hit at any fair, along with some other things.

"The rides, the food and all the stuff you can do," said Hunter Gross of Berlin.

But at Tunbridge World's Fair, the animals steal the show, especially on the first day-- Ag Education Day. Dozens of buses from around the region fill the parking and upward of 2,000 kids get a crash course in life on the farm.

Some of them already have a head start.

"I have 300 chickens and I have been around animals my whole life," Gross said.

And that holds true for the 4-H kids who are here to show off their animals.

"You keep them from biting," said Sadie Rowlee of Reading.

Rowlee is a member of the Top of the World 4-H Club in Reading. She explained how the judging works.

"So you can learn how good your cow is by getting first, second, third, fourth, fifth or sixth," she said.

"You make them look shiny and you bring them into the show ring," said Zach Johnson of Tunbridge.

Johnson is a local boy, a sixth-generation ag expert and the grandson of the fair's president.

"It's cool to see them progress from being not trained to being trained," he said.

And the 4-H students are learning much more.

"Like responsibility and it teaches you to be a member of a team," said Delia Morgan of Woodstock.

Morgan is the president of her club. You can tell she enjoys taking on the teaching role, as well.

Ag Education Day helps all the kids to get a better understanding of the region's farming history.

"I think that everyone should understand about agriculture because it is a really big part of the community and the region," Morgan said.

Of course, there's plenty for the adults to do, as well, including live music. The fair runs through Sunday. Click here for all the details.