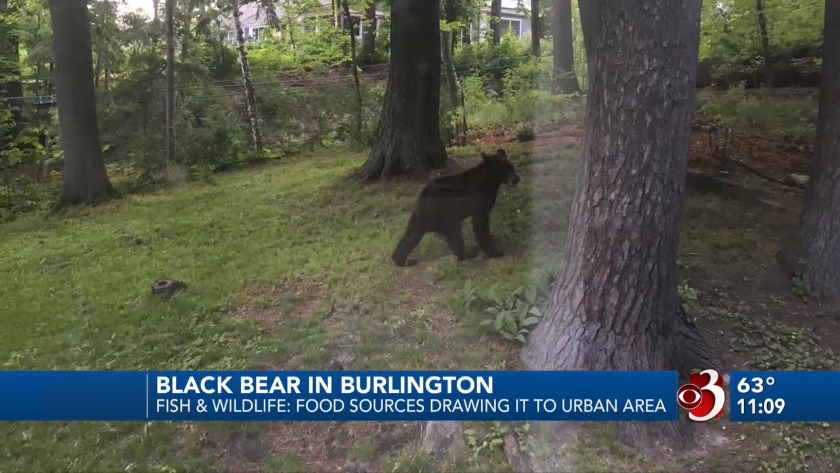 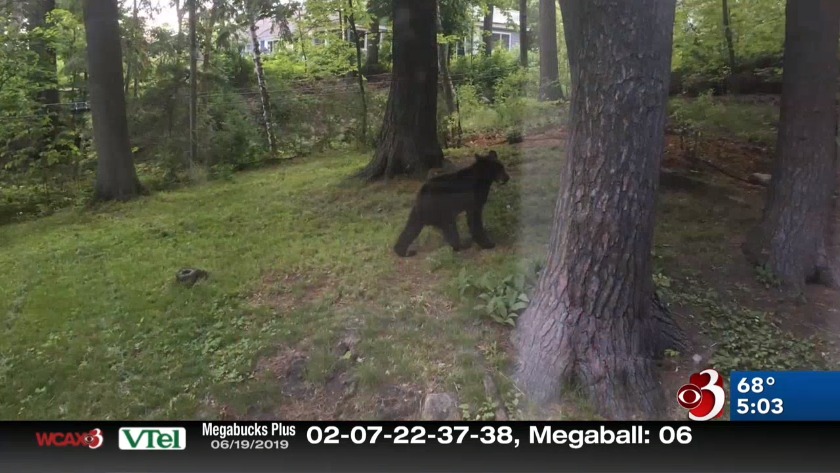 BURLINGTON, Vt. (WCAX) Burlington is on bear alert after a number of sightings around the University of Vermont and other neighborhoods.

"Out of the corner of my eye I saw something that looked like one of those wooden statues of a bear, and when I stood up and paid attention, there was a real bear standing right on my neighbor's path," said Stephanie Waite of Burlington.

Based on reports from other Burlington residents, the black bear was first spotted on Cliff Street at around 6 a.m. Wednesday morning and then made its way to College Street on the UVM campus by 6:30. That's when UVM's Gary Derr caught sight of it.

"And I knew at that point that it was not a dog, but a black bear, probably about a 120 pounds, and it ran up the street, crossed the street, and ran into the construction site," Derr said. "I was very surprised to see a bear in Burlington on UVM's campus because it is out of the ordinary in this area."

Derr says that's why UVM officials sent an email to the community about the sightings -- not to fear, but but to be aware, especially as prospective students tour the campus. "I kind of think it's a good introduction to living in Vermont, so I think that they had a chance to see what they may see on campus -- deer, moose, other wildlife in Vermont," he said.

Vermont Game Warden Robert Currier says anyone who encounters a bear should stay calm, make sure the bear has a way to escape, and back away slowly when you can. Do not run from a bear, climb a tree to escape it, or feed it. "It is a wild animal and wild animals are unpredictable. "The bear is in the city because there's a food source there. The bear is traveling around right now in search of food. There's not a lot of natural food in the woods right now for a bear, so the bear has found easy food sources such as bird feeders or easily accessible trash cans."

Currier says while there are safety concerns, relocating the bear away from the city isn't an option. "The setting that the bear is in right now, it's not very feasible to set that trap up in somebody's backyard, per se," he said. "We'll respond if there's a safety issue, but usually these things do run their course. The bear will realize that this is probably not a place where he wants to live."

"The bear is probably more scared than we are of it," the University's Derr said.