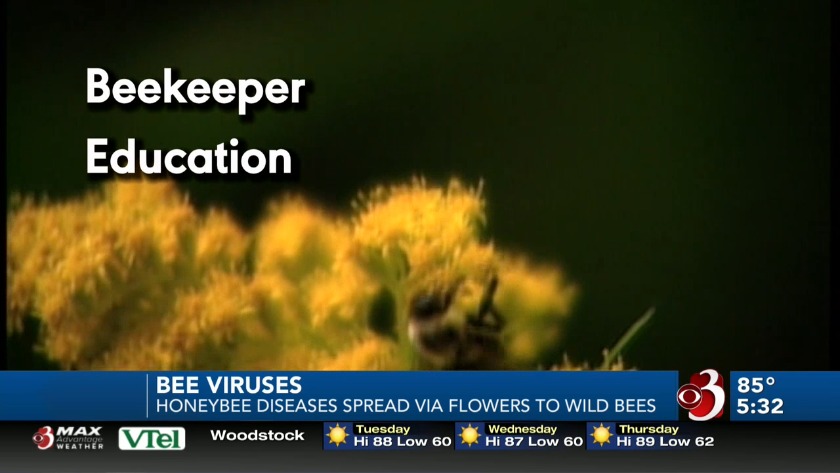 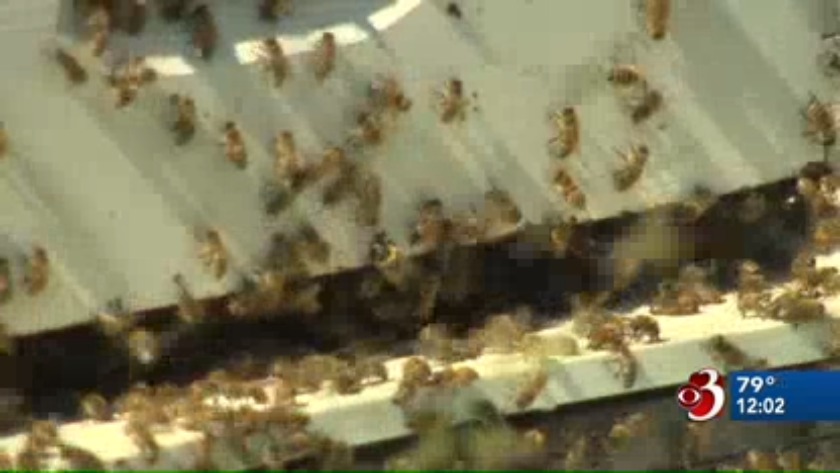 Step within a few dozen feet from the honeybee hives at the University of Vermont Horticulture Farm and you'll hear the buzz of activity from these busy bees.

Thousands of the honeybees bring back pollen from nearby wildflowers. But bee researcher Samantha Alger found something concerning when her team looked at flowers near managed honeybee hives.

Their just published research found that 20 percent of the flowers near honeybee apiaries were infected. And those viruses could be transmitted to wild bees who pollinated the same flowers.

"Without really knowing how they're affecting bumblebees, it's a little concerning considering so many species of bumblebees we're seeing declines in," Alger said.

Alger says she is a beekeeper herself and that the goal is not to discourage the growing hobby. "We're not going to villainize honeybees or beekeepers -- they're part of the agricultural community -- but we need to be careful in how we manage them," she said.

Managing hives involves treating infestations of varroa mites, which can increase the amount of viruses in a hive. The state's apiary inspection program helps look for both.

"We will have more inspections," said Vermont Agriculture Secretary Anson Tebbetts. He says a new law just passed this year will allow them to do several things to protect Vermont's bees, including:

"bees can travel great distances so it's very important that we have a robust inspection program so that if a hive is identified with a disease, that those bees don't travel to another hive that is nearby," Tebbetts said.

Alger says she's glad to hear there will be more inspections because better hive management is the best way to keep wild bees safe too. "It's not a matter of -- 'Do your bees have mites?' It's a matter of when they will have mites," she said.

The next step in the research is to test that the flower is actually the way the virus gets transmitted. They've done that test and are currently reviewing the data.