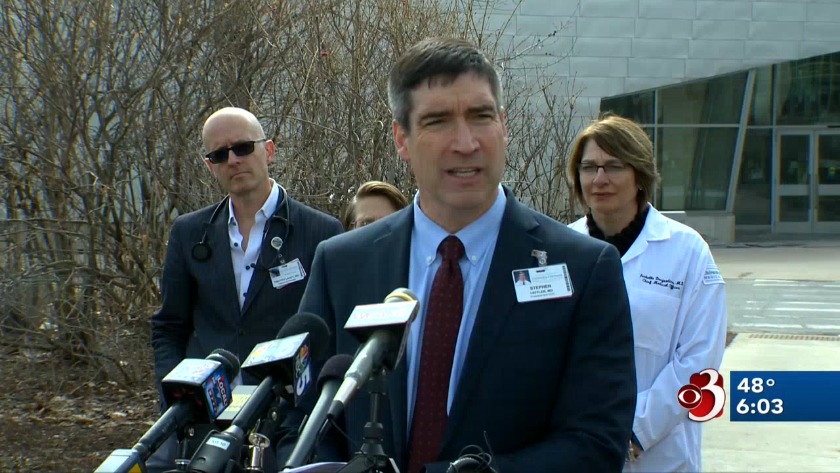 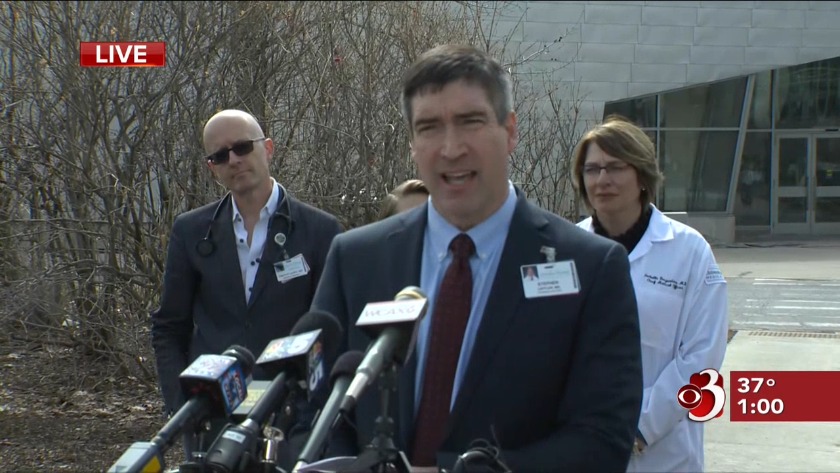 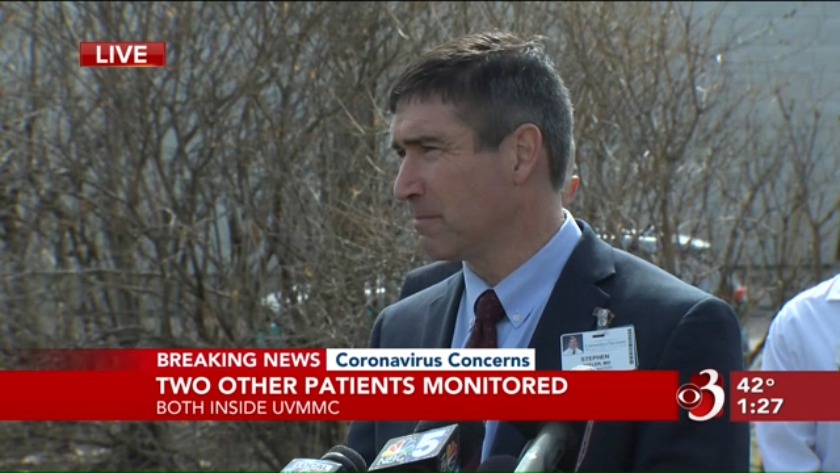 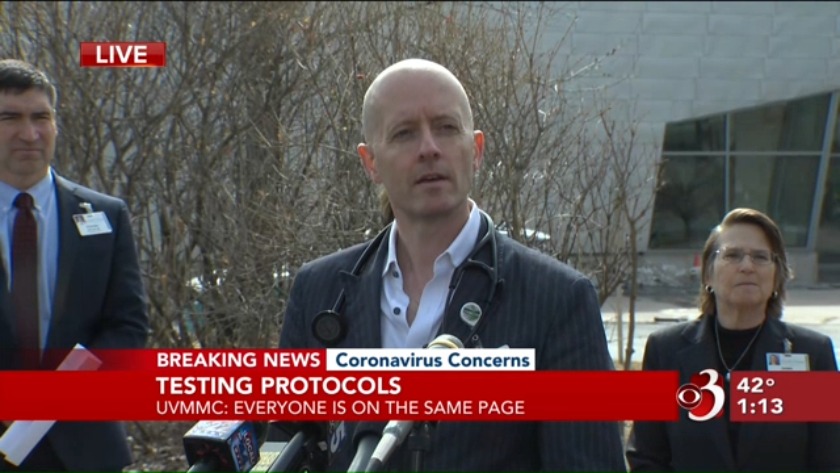 BURLINGTON, Vt. (WCAX) The Chittenden County man that tested positive for COVID-19 Wednesday is in critical condition in an isolation room at the University of Vermont Medical Center, hospital officials said at a press conference Thursday afternoon.

The man in his 70s, the second Vermonter to test positive this week, was admitted Tuesday into the ER. But when it comes to more details about the patient, the briefing left more questions than answers.

Reporter Ike Bendavid: Can we learn more about this patient? I mean, were they active in the community? Where did they travel? There are a lot of people concerned that they are frequenting public spaces in Chittenden County.
Dr. Steve Leffler: I want to remind people we are bound by federal law and what we can tell you.

Meanwhile, the hospital's president and chief operating officer says the UVM Health Network is ready for the virus to hit the region. "Our team is well prepared. We have strong plans in place," Leffler said.

He stressed that only those patients with acute problems should go to the hospital, and that they need to call beforehand. All others who believe they are ill should contact their primary providers first.

Officials say other planning includes direct impacts to the hospital and their staff. They are no longer meeting in groups larger than 25, turning to more digital meetings, and restricting travel. "We have instituted travel and meeting policies, as an organization, to protect employees and the public" said Dr. John Brumsted, the CEO of the UVM Health Network.

Patients and visitors are also feeling the impact. "We have larger numbers of folks that might come in with an individual and we are going to reduce that down to two," said the medical center's Dawn LeBaron.

Hospital officials say they are prepared to take care of more patients. They said they currently have six isolation rooms set aside for coronavirus patients and acknowledged that the number of Vermonters infected is expected to grow. "All of us should be very confident that there are other cases in our community right now," Leffler said.

State health officials are currently investigating the Chittenden County man's possible exposure history and contact tracing is underway to identify anyone who may have been in close contact with him.

Community members we spoke with said they are making some changes of their own.

"Yeah, we only do the elbow bump now just to keep it safe," said Ivan Glenney of South Burlington.

"I think everybody saw it coming here at some point the way disease travels, it's definitely a little intimidating," said Alex Mahamey of Milton.

Meanwhile, a sixth case of the virus was reported in New Hampshire Thursday. The person is an adult man from Rockingham County who went to multiple European countries. He self isolated when he got back and his household contacts have self quarantined, according to state health officials.

As Vt. ramps up testing, access still a challenge for some
Related Stories