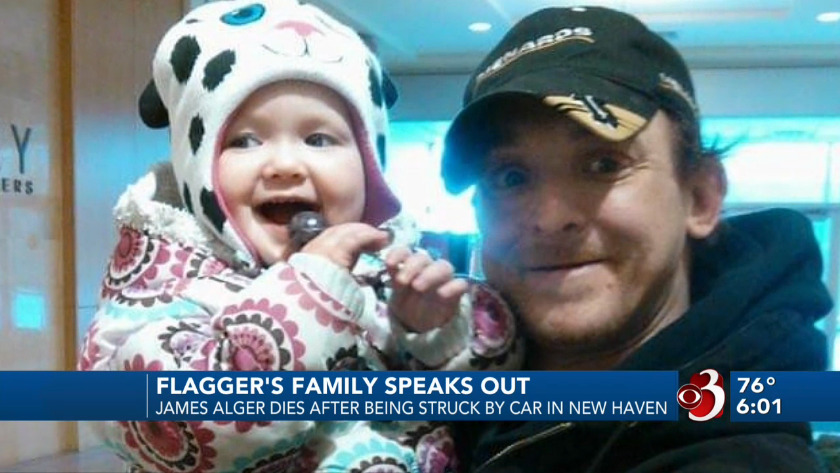 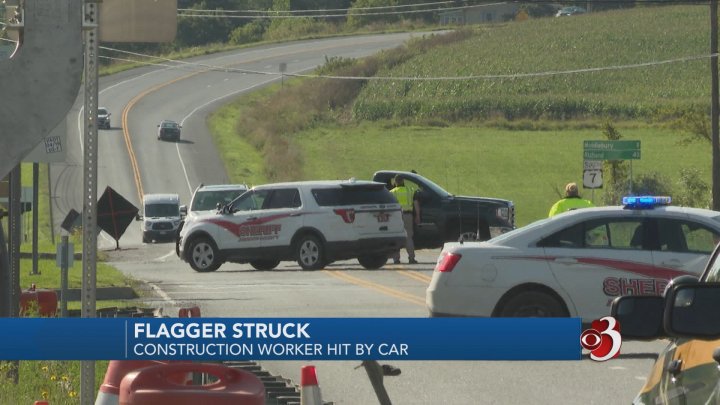 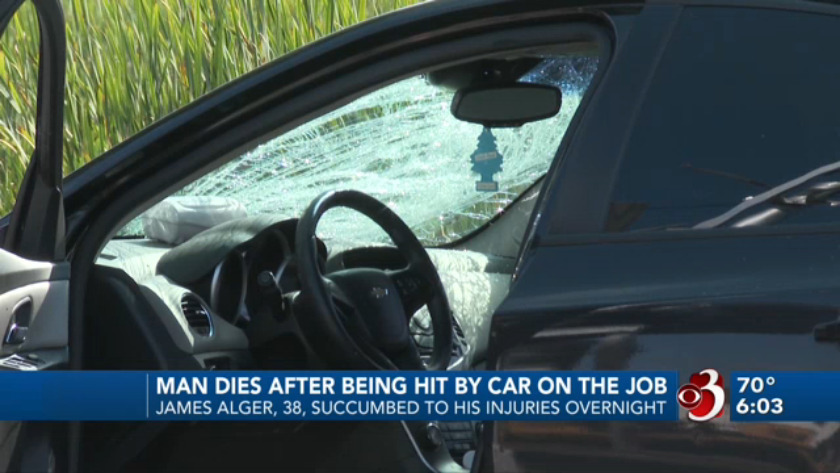 ST. ALBANS, Vt. (WCAX) The family of a construction worker who died Friday after getting hit by a car is hoping for change on Vermont roads.

"He was a great guy and a great dad," said Barbara Bascom, the mother of James Alger's daughter.

Alger used to visit his 6-year-old daughter, Jamie, at her St. Albans home every Sunday. But the girl doesn't know yet why her dad won't be in town this weekend.

"I spoke to some specialists and they said to wait right before the services to tell her, so she doesn't have to go through it twice. I have no clue what to say. You never think you have to tell your child that their father passed away," said Bascom.

Alger also leaves behind fiancee Krystle Bergeron and their 3-year-old daughter, Kaiya. He died late Friday night after being hit by a car earlier that day in New Haven. Police say the driver, Jennifer Bergevin of Middlebury, has been charged with driving under the influence of drugs and grossly negligent operation.

"They are wearing bright orange. How could you not see that?" said Bascom.

Vermont law requires every flagger complete a four-hour training course each year on the job, ensuring both drivers and workers stay as safe as possible in construction zones.

"We teach our folks to always be alert and aware of their surroundings," said Kellen Cloud with Green Mountain Flagging.

That's because traffic control management companies like Green Mountain Flagging say even if a flagger follows all the protocols in a construction zone, there's no guarantee they're safe from harm.

"This is a very dangerous job because you are standing on the side of the road with moving traffic that you're asking to do something different. You're asking them to stop or slow down," said Cloud.

Bascom says it's simply a matter of thinking before you get behind the wheel, so flagger's families like Alger's, don't have to face the same tragedy.

"He was half of her world, you know. She loved her dad and this is going to crush her, all because somebody made a stupid decision," said Bascom.

Police tell WCAX News they're working with the Addison County state's attorney to continue that investigation, which they say is still in its very early stages. They say it's not clear if the driver will face additional charges.