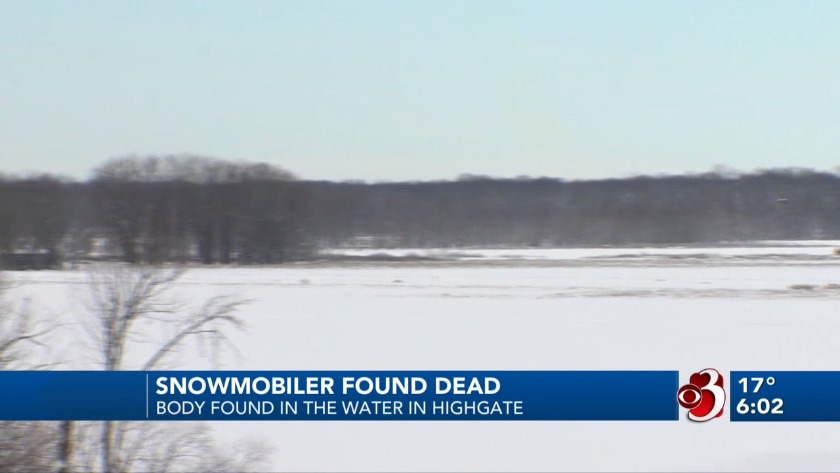 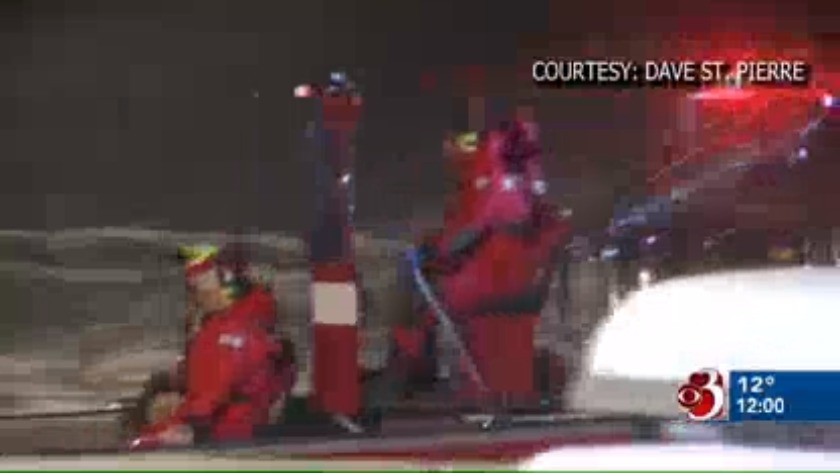 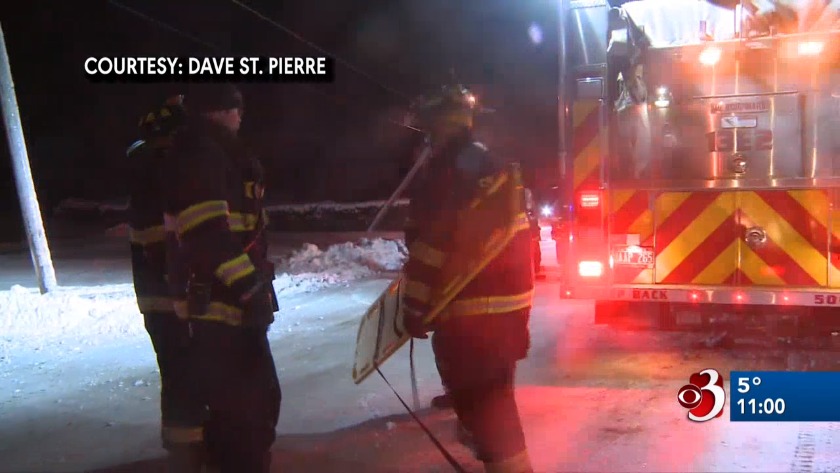 HIGHGATE, Vt. (WCAX) The body of a missing Swanton snowmobiler was pulled from a creek Tuesday after an overnight seach. It comes as emergency responders and experts are warning that the ice isn't safe yet.

Rescue crews were back out Tuesday morning in Highgate searching for a missing snowmobiler by land, ice and air.

It didn't take them long to find Michael Rich's body in Dead Creek, not far from where his snowmobile was found Monday night. The 39-year-old was found partly in the water. Firefighters say he didn't drown.

"He was submerged hanging onto the ice shelf," said Highgate Volunteer Fire Capt. Ralph Comiskey. He says Rich went through the ice on foot. "The ice is terrible right now. I mean you think about it, it was 60 degrees last week."

Authorities say Rich and a friend, Rahel Barrows, 51, were out snowmobiling Monday when their sleds went through the ice. They were able to make it out of the water and to a nearby vacant camp. Police say Rich then went to the home of his girlfriend to get another snowmobile and set off in the direction of the camp. That snowmobile was later found abandoned with its hood up near the original break in the ice. Rescue crews later located Barrows unhurt.

"The problem with the ice in any of our areas right now is we have this coating of snow that insulates the ice from the cold, so it doesn't freeze very well, so it was very slushy underneath. And there was only a bit of ice under the snow, so it's not a good scenario," said Gilbert Gagner with Bronzeback Guide Service, the rescuer who found Rich's body. "I don't care who it is, I just want to see closure and help if I can. I'm familiar with the area."

Gagner is an expert in ice fishing and says he urges anyone heading out to bring "picks of life" and a life jacket so that they can have a chance at getting out alive. "Please, go talk to someone who has information or local knowledge of the ice -- it is critical. If you want to play on the ice, get all the information you can to stay safe," he said.

State police officials on scene say it's too early to say if there is anything suspicious about the case. They say detectives are now out talking to everyone involved to get the whole story. They're also reminding people to stay off the ice because it's still early in the season.