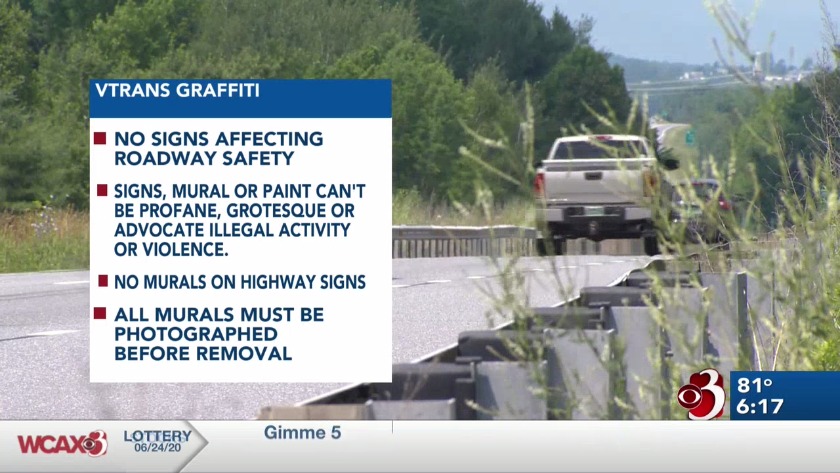 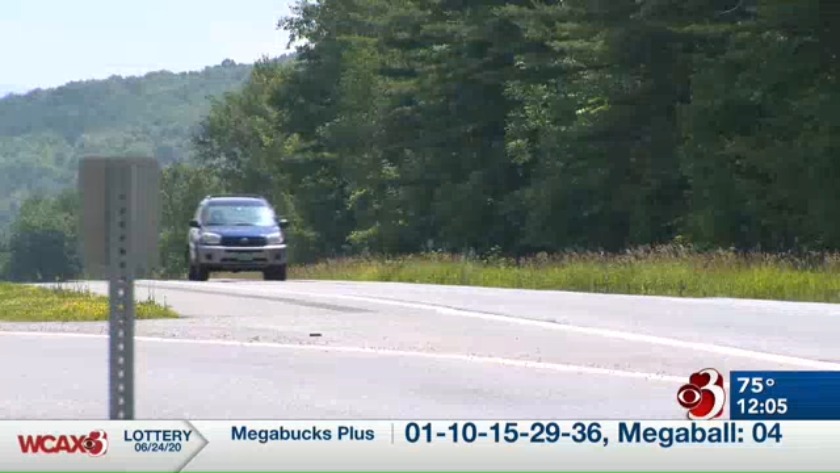 MONTPELIER, Vt. (WCAX) Certain graffiti will be left up on roads, bridges, and signs managed by VTrans.

Here are the basics:

If a sign impacts road safety, it will be removed no matter what it says.

Otherwise, signs can remain if they aren't profane, grotesque or advocating illegal activity or violence.

This also applies to a mural or painting on a bridge or wall.

Anything on highway signs has to be removed.

And anything removed, will be photographed before it's taken down.

Vermont Transportation Secretary Joe Flynn told us they're trying to let people express themselves peacefully in the current social climate.

"The alternative to that is to go out and remove that, which I'm sure to many people felt like censorship. And so that's what we're trying to contend with here. We're not talking about perhaps a forever policy, but we certainly didn't want to exacerbate concerns, emotions or things of people who are trying to express themselves by making it seem like we're out trying to stifle that," Flynn said.

The new policy was inspired by messages which were put up in chalk on a bridge on Route 30 in Jamaica Village. VTrans removed them per their previous policy and a resident complained. We're told those messages are back up now.