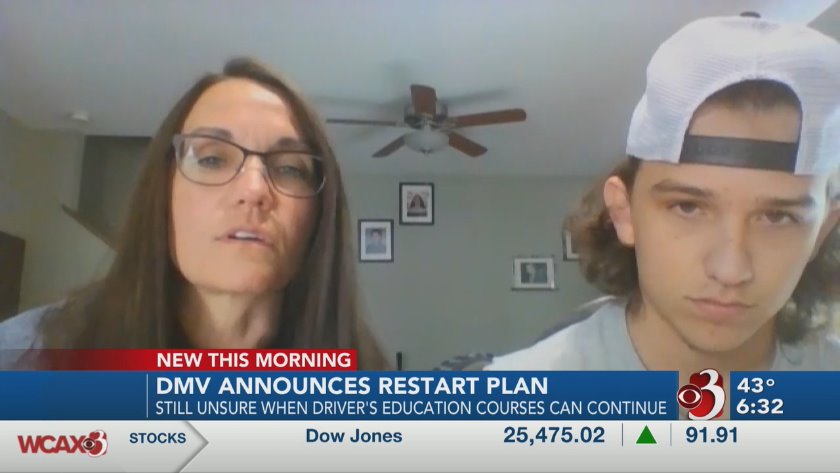 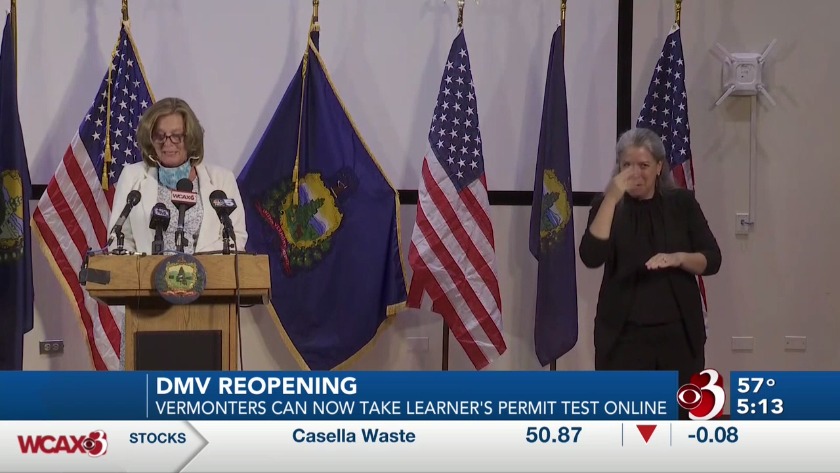 MONTPELIER, Vt. (WCAX) Vermonters can now take their driving learner's permit test online. It's just one of several changes coming to the Department of Motor Vehicles as part of its plan to restart operations.

DMV Commissioner Wanda Minoli made the announcement during Monday morning's media briefing. Exams for learner's permits can now be taken online starting Monday at the DMV website and customers will get them in the mail. They will not be available for motorcycle or commercial licenses.

Drivers whose road test appointments were canceled in response to the pandemic should expect a message from the DMV soon to reschedule. Others will have to wait until Wednesday, June 3, to call the DMV at (802) 828-2000 and schedule an exam.

Minoli says she hopes these adjustments will help address the backlog of about 2,000 test requests already on the books.

"For teens, getting a driver's license is a milestone, a right of passage, and a newfound freedom and independence. I know how disappointing it has been for those of you who have had to wait to take your test and to get your license," Minoli said.

However, Minoli says she thinks these changes could become permanent after the pandemic.

"We will continue to modernize opportunities for Vermonters as we go forth," said Minoli.

DMV officials say they will also be certifying third-party examiners to help deal with the backlog. Certified driver education instructors employed or contracted by a school can take a two-hour course this Thursday, June 4, that will allow them to offer road tests to students.

Some families say they don't think the DMV reopening will be that easy. "I'm glad that something has been put out there. I still have some questions and concerns," said Kathleen Audy, a concerned mother from Fairfax.

Audy's son, Collin, won't get his driver's license in time to take himself and his younger brother to school in the fall. The Fairfax 16-year-old also just started work in Burlington, which he says puts a burden on his parents.

He didn't get a chance to schedule a road test before the pandemic shut down all DMV operations in March, so he's one of the thousands of teens who have to wait until Wednesday to call the DMV and make an appointment.

The DMV has been in discussions with the Vermont Driver and Traffic Safety Education Association and other educators as they developed a reopening plan. "We've been working with her team from the get-go," said the association's Executive Director Barbara Brody.

With four decades of traffic safety education under her belt, she helped the state formulate coronavirus-safe solutions before announcing the restart plan. While the student and instructor can't stay six-feet apart in a car, they are asked to both wear gloves and masks and keep the windows open as often as possible. "We want to protect our students and we want to protect ourselves," said Brody.

Right now, there are only eight certified third-party instructors in the state. Brody says a newly offered course for any private commercial or high school driving teacher could add at least another 30. "All the questions that we had, we worked out," said Brody.

Though plans are in place to get drivers' tests taken, one big question remains -- when students can actually get back behind the wheel with instructors to complete the required six-hours on the road. Brody says that decision is up to the Agency of Commerce and Community Development and the Health Department.

Still, some young drivers like Collin Audy doubt they'll be able to get their license any time soon.

"People probably won't be able to get through. I've seen that at the beginning of the pandemic -- that people couldn't get through on the phone lines," Audy said.

The administration says it estimates every one of the 2,000 canceled permit and road tests will be completed in about a month. It's unclear when in-person driver's education courses can continue.

We'll keep you updated as we learn more.