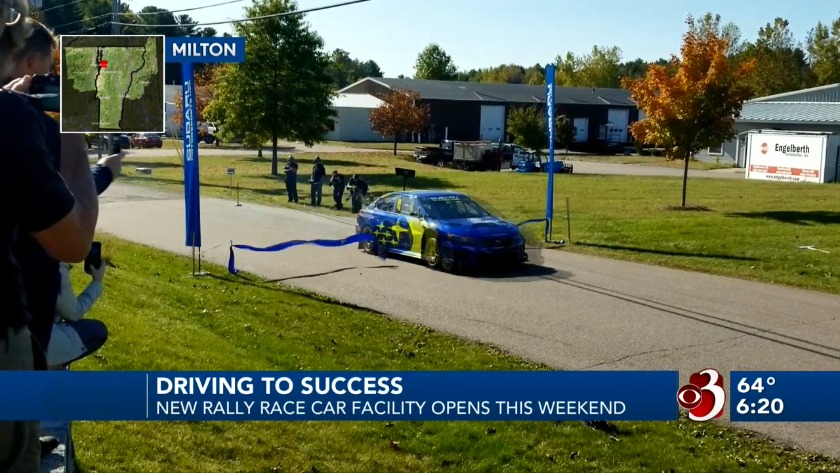 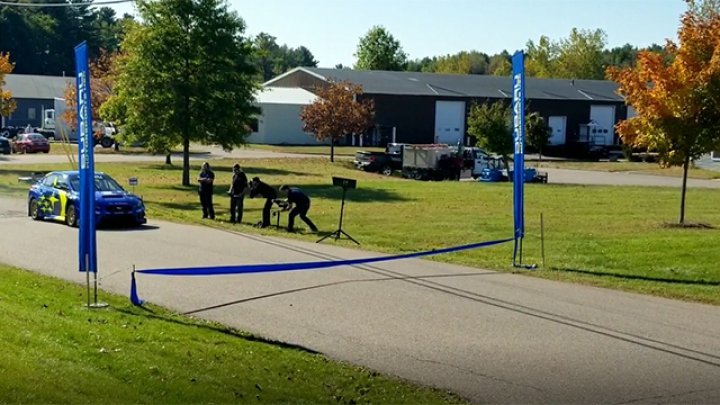 MILTON, Vt. (WCAX) Vermont SportsCar is on the move.

We featured the business that makes Subaru rallycross and rally cars at their shop in Colchester three years ago. It's a world-class race team that has won numerous championships across the world. The team represents Vermont on the world stage of motorsports while serving as an example of Vermont's burgeoning high-tech industry.

Saturday, the group is opening its doors to you as it shows off its brand new building in Milton. Our Scott Fleishman and a couple of other special guests got a tour this morning.

"The efficiency of this building is much higher than what we've had in the past and it's built specifically for us," owner Lance Smith said.

From design to engineering and painting, everything for the Subaru Motorsports USA rally team is done right here.

"We're competing with some of the best teams in the world with a lot less people and the vast majority are Vermonters here," Smith said.

It was enough to rev Phil Scott's engine, both as a governor and stock car driver.

"What this means to the state on so many different levels, the talent and the things that they do on a worldwide basis with the technology that they've developed, it's just a remarkable story," said Scott, R-Vermont.

The governor had one happy passenger during Friday morning's tour, X Games icon and five-time rally champion Travis Pastrana, who is one of six drivers in Subaru's lineup this year.

"This is where I won my first championship, first X Games medal," Pastrana said. "For me just to see how far this company has come and to be a small part of that has been awesome."

"Prior to doing this, we were under some level of pressure to take the business to Charlotte or LA or Indianapolis where there is racing, but my heart is in Vermont and you have to be hearty and you have to persevere and we're staying in Vermont," Smith said.

Saturday's open house goes from 9 a.m.-5 p.m. Unfortunately, Travis Pastrana won't be there, but current rally champ, David Higgins and Patrick Sandell will be there signing autographs from 1-4 p.m.