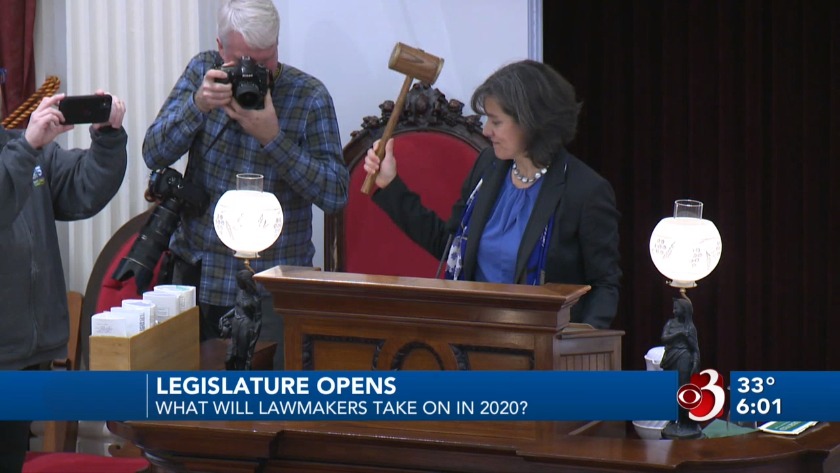 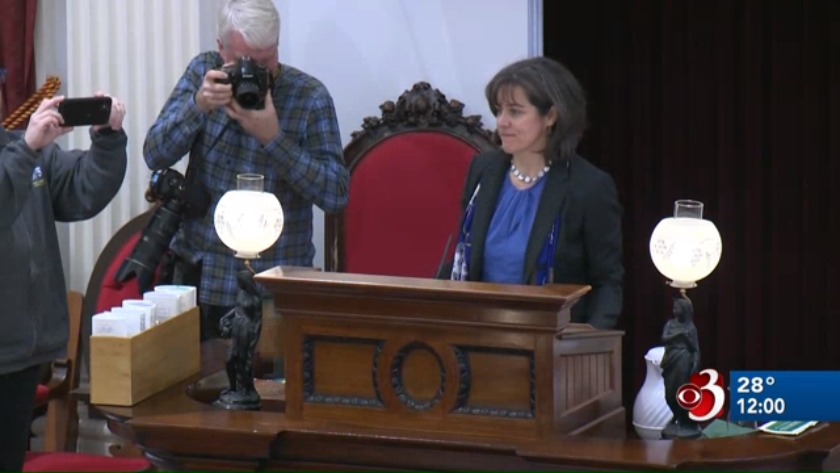 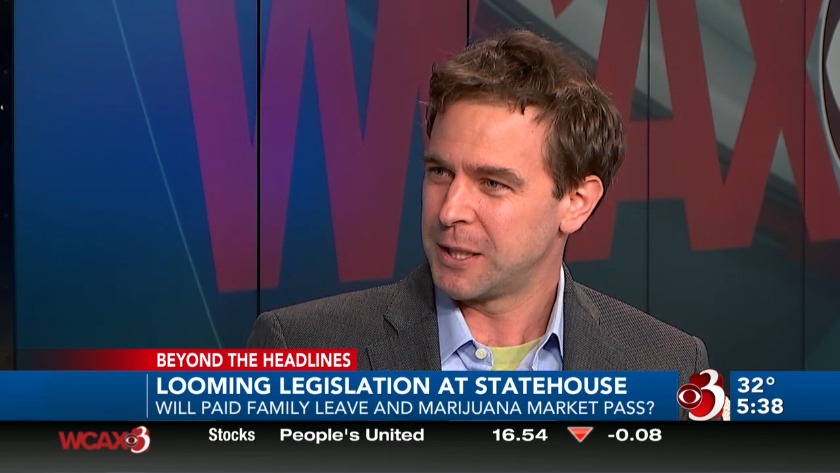 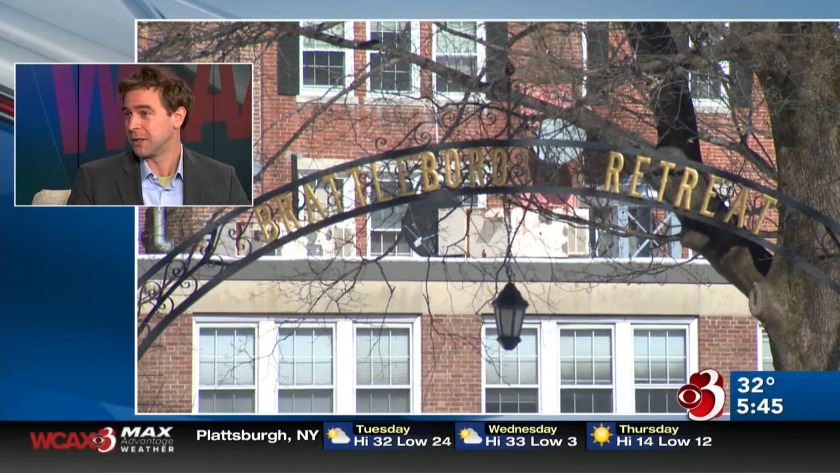 MONTPELIER, Vt. (WCAX) Vermont lawmakers are back in Montpelier for the 2020 legislative session.

Democratic lawmakers in the House and Senate are optimistic about this coming session and their ability to work together.

At the top of the priority list is raising the minimum wage and making sure workers still get paid when they take family leave. Democrats also want to finally create a legal market for marijuana. Climate change is also expected to be a hot topic, along with prison reform and new regulations for vaping and guns.

After she gaveled the chamber into session, House Speaker Mitzi Johnson, D-South Hero, challenged members to take action, starting with bolstering the economy and workforce. "We need to do everything we can to encourage more Vermonters to stay and to get more people to make Vermont their adopted home," she said.

House and Senate lawmakers are set to debate a paid family and medical leave bill and a bill raising the minimum wage to $15 an hour. Despite holding veto-proof majorities, Democrats failed to get the minimum wage and paid family leave bills through last year. This year they say they've had numerous conversations over the summer and have been able to come to a compromise on many issues. They say they're still in the process of meeting with lawmakers and the governor to inform them of their stances and to muster the votes.

They'll also look at prison reform, spurred by allegations of widespread drug and sex abuse by corrections officials at Vermont's only women's prison. Lawmakers want to drug test guards and to crack down on inmate guard relationships.

"I do agree that we need stronger sanctions for those behaviors in some form. It might be through statutory changes, it might be through other disciplinary forms," said Senate President Time Ashe, D/P-Chittenden County.

Reed says he has a background in health care and finance. "That has given me some decent background on health care and the legislative issues, but I've also been involved in a lot of finance and economic development stuff so I hope that will help in the process here," he said.

Of course these are all priorities for the Democrats who control both the House and Senate. Lawmakers and the governor have a close eye on the budget with administration officials estimating a shortfall of around $80 million. As in past years, the Scott administration is looking at structural changes to save money. But with the state's new all payer health care system, Vermont State Colleges and many other programs seeking increased funding, it could be a squeeze.

We'll hear Republican Governor Phil Scott's ideas on Thursday when he delivers his State of the State address and then his budget recommendations in a speech later this month.