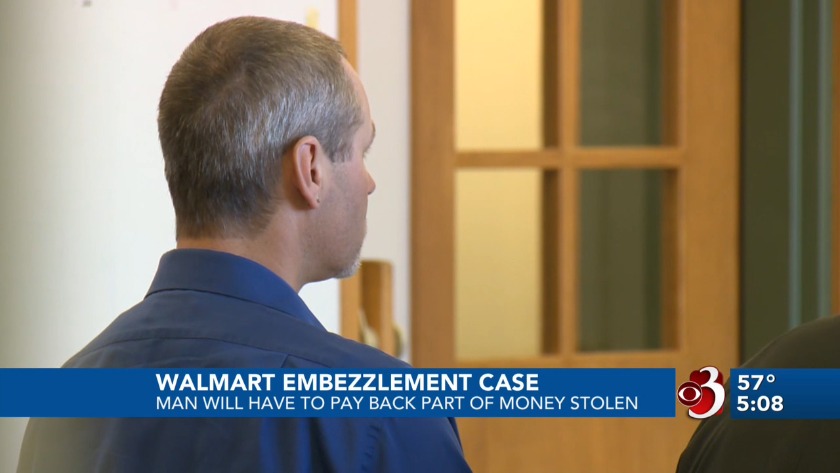 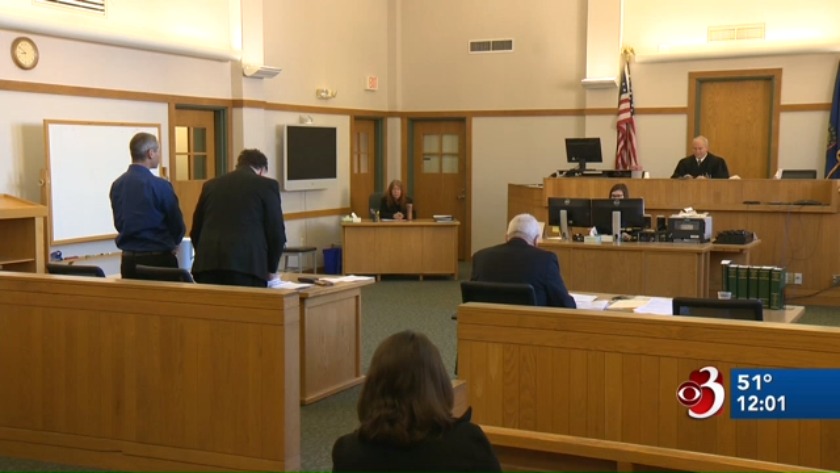 ST. ALBANS, Vt. (WCAX) A man accused of stealing hundreds of thousands of dollars from the St. Albans Walmart will only have to pay part of that back.

Ronald Downes Jr. was in Franklin County Court Wednesday morning to take a plea deal. He pleaded no contest to a felony charge of embezzlement.

Prosecutors say he was caught on store security footage stealing bills from the cash sorting machine which he was in charge of maintenance on.

"He was seen pulling the cassettes filled with bills out of the machine, moving them out of view of the camera, and then replacing them, sometimes not doing service to the machine or sometimes doing some vacuuming," said Franklin County State's Attorney Jim Hughes.

Downes maintains he only stole about five or six-thousand, but investigators say an audit showed more than $200,000 missing. Prosecutors couldn't prove that he stole all of it, so as part of the plea deal, Downes will pay back $75,000. He will also have to serve 60 days on work crew and will have three years probation.